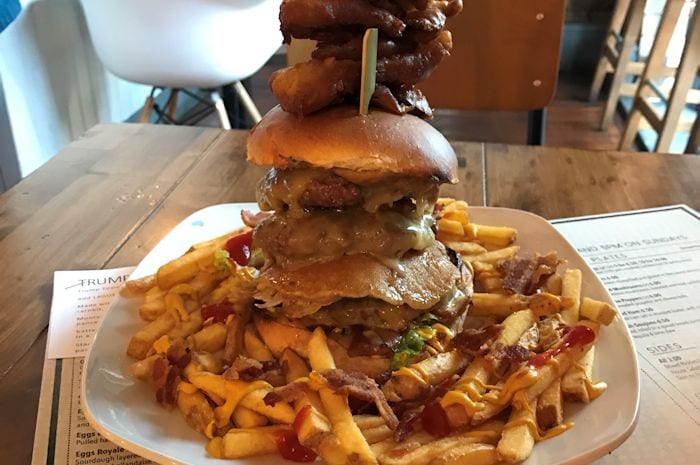 The Trump Tower is a 58-story mixed-use skyscraper on Fifth Avenue in Manhattan, New York City. It’s the headquarters of The Trump Organization and the private residence of the 45th President of the United States of America, Donald J Trump. At 664 ft high, it is slightly taller than the Beetham Tower.

The Trump Tower I attempted to demolish is a dish created by Mad Men-inspired Northern Quarter bar The Pen & Pencil to mark the arrival of the new President. 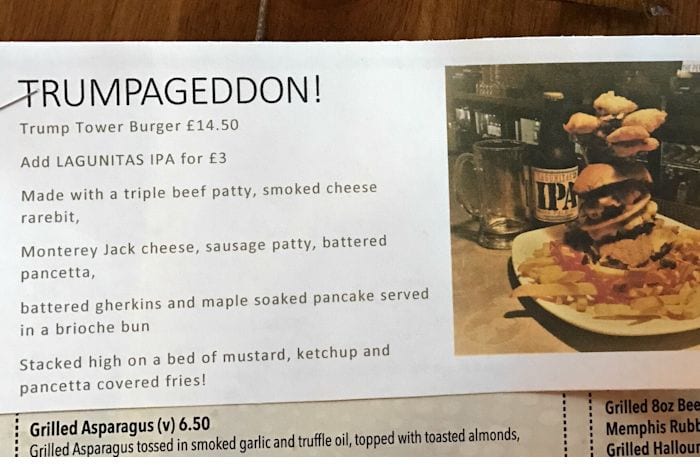 It consists of three beef patties, smoked cheese rarebit, Monterey jack cheese, sausage patty, battered pancetta, battered gherkins and a maple soaked pancake served in a brioche bun.  It also comes served on a stack of mustard, ketchup and pancetta-covered fries – just in case the burger is not quite enough.

It’s may not be quite as high as the real Trump Tower but it must be one of the biggest food-based edifices in Manchester.

When the waitress first brought it over to my table, the room suddenly felt a bit darker given the sheer size of the thing.

This towering mega dish was by far the most imposing meal I have come across. And Judging by the looks I was getting from other customers, they felt the same. I could feel their eyes landing on me and could practically feel their looks of disapproval. Some even shook their heads.

But like The Donald himself, I ignored them.  I built a metaphorical wall between us and just carried on.

The first decision I had to make was how to take this thing down. I decided that if I attacked the lower value chips at the bottom of the tower, the rest would surely follow.

I was wrong. Around 20 minutes later I was still eating. Most of the damage to the Tower had been done, but it had started to take its toll on me. I was losing the battle. My senses were diminishing fast. The cool sounds of Stevie Wonder over the speakers had long disappeared as I focussed completely on accomplishing my mission.

I failed. The Trump Tower Burger had defeated me.

I took a moment to question my life choices up until that point. Once I had left, I was greeted by an imposing mural of Idris Elba who seemed to be judging me. Nothing made sense anymore and it was at that moment I decided to sign up to the gym again. But first, a nap. 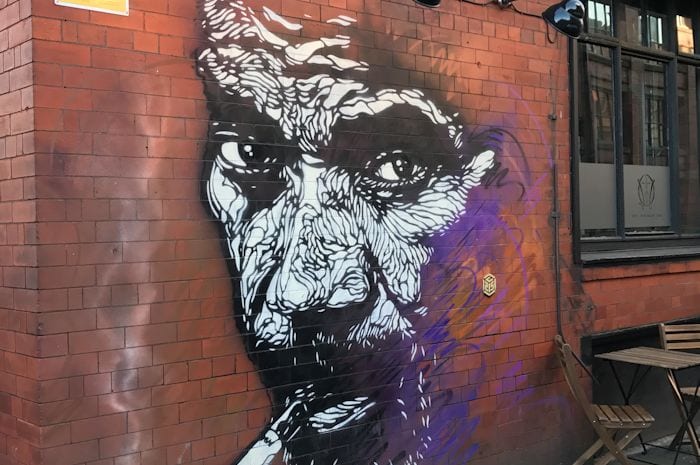 If you think you’re brave enough to demolish the Trump Tower Burger, you have until Sunday 22nd. It costs £14.50. Lagunitas, the perfect beverage to wash the dish down, is just £3, making a total of £17.50 for both. Go for it.