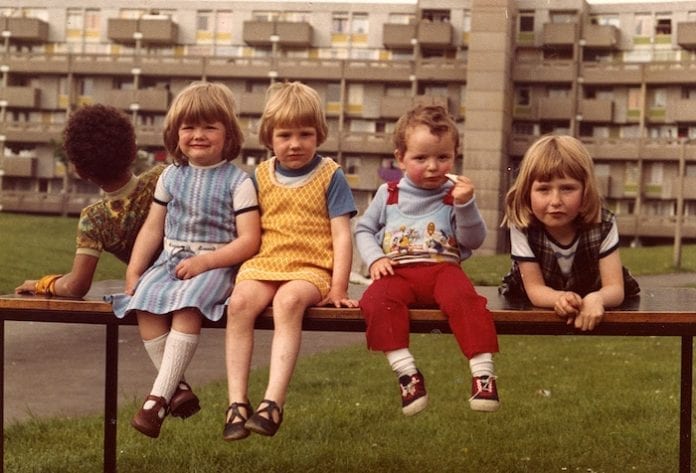 Hulme, Manchester. Dateline 1972. The opening of the biggest public housing development in the whole of Europe.

Hulme, Manchester. Dateline 1991. The launch of City Challenge, leading to the biggest regeneration project in the whole of Europe.

The latter was a direct result of the disaster created by the former. In less than 25 years, the modernistic, brutal deck-access flats and notorious crescents, conceived and built to rehouse 13,000 people from the rotting slums of pre-First World War terraces, had been razed to the ground.

The Crescents, laughably named after a quartet of the country’s most distinguished architects – Robert Adam, John Nash, Charles Barry and William Kent – had become widely viewed as one of the worst public housing schemes in British history.

Though it took almost 25 years from their opening for the ‘streets-in-the-sky’ to be bulldozed, problems were becoming evident after just two, when the city council deemed  the Crescents unsuitable for families after a five year-old girl was killed falling from a balcony. 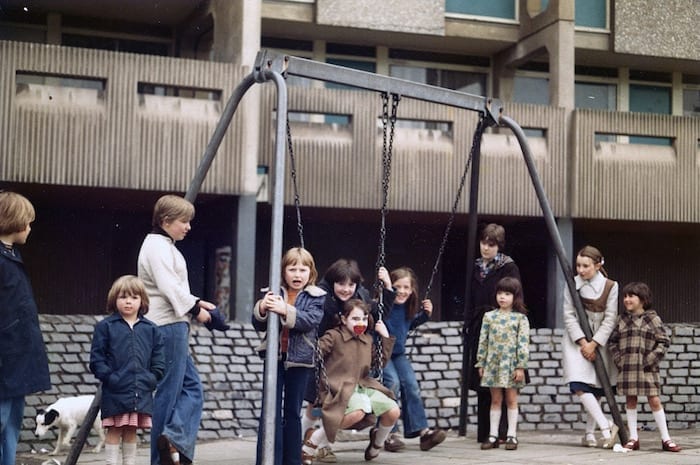 Infestation by cockroaches and other pests was a problem from the outset, together with damp, asbestos and crude, expensive heating.  A survey in 1975 revealed more than 96 per cent of tenants wanted to leave.

By 1984, the Crescents had become so undesirable that the council stopped charging rents entirely from tenants.

When I toured the Crescents with then housing chairman Dave Lunts and then deputy council leader Richard Leese in the mid-nineties, the tarnished dream of 1972 had become the squalid preserve of squatters, druggies, drunks and criminals.

The town hall had no money to demolish the estate, but rescue came from an unlikely source: John Major’s Conservative government. Michael Heseltine, restored to the Cabinet after the fall of Margaret Thatcher, launched City Challenge in 1991 under which councils were invited to bid for £37.5million of government funding designed to attract private investment into regeneration schemes.

According to Leese, who succeeded Graham Stringer as leader of Manchester city council in 1996, City Challenge fitted the circumstances of Hulme perfectly. The public-private taskforce charged with delivering the transformation drew in £200million of private investment over the five-year programme. The final investment total topped £400million.

Hulme’s regeneration also proved to be the ideal dress rehearsal for the ultimate challenge for the new Mancunian politics of partnership – the devastation caused by the IRA’s bomb. Hulme Regeneration Ltd provided the blueprint for Manchester Millennium Ltd’s spectacular success in rebuilding the city’s heart.

This tale of shocking design and construction errors –  a massive housing project being delivered on the cheap – and the human misery that went with them, is told in a new documentary film featuring the testimony of tenants, and an exhibition of hitherto unseen photographs.

The film, Hulme:The Documentary, is compiled from archive footage and real life community interviews telling what its backers say is “the proper, unheard story of Hulme from those who have lived through two huge regenerations”.

Local community arts worker and project founder Tracie Daly has joined forces with housing provider One Manchester and award-winning community media company, REELmcr, to produce the film which will premiere at The Whitworth Art Gallery later this month.

The film is accompanied by Hulme to Me, co-ordinated by top Manchester poet Tony Walsh, in which residents recite their own verses of what the area means to them, set to a backdrop of rare photos.

Internationally acclaimed documentary filmmaker, Paul Sapin, worked alongside REELmcr to make the film, which recalls huge struggles to keep the community together in decent housing.

It covers the period from the slum clearances in the 1950s, when people were forced out of their homes, dispersed to estates across the city or moved into a new, ultimately doomed, social housing experiment, to the tenants’ fights in the 1980s for the right to remain, as the second regeneration dawned and the crescents were demolished.

Ms Daly  said: “This project has been a chance for Hulme people to revisit a time when they had little control over the future of the community they loved and their decaying homes, their way of life, their very foundations ripped up due to a systematic social housing disaster. Finally we get our say!”

To book a place at the public screening contact REELmcr on 07931 234890 or email reelmcr@gmail.com.