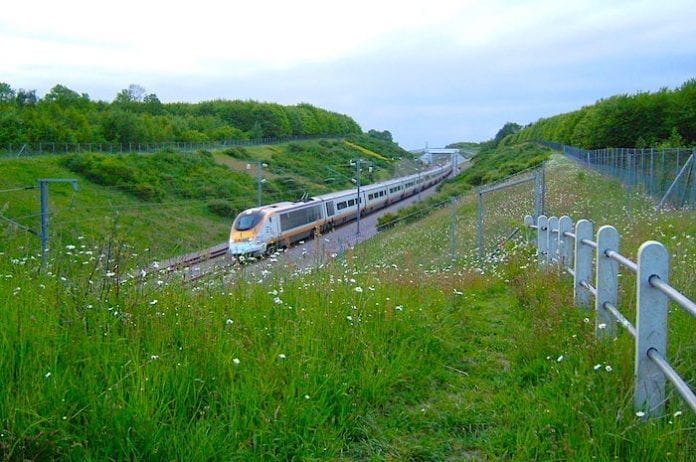 The jackals are circling around one of the north of England’s most cherished transport development schemes: HS2, the proposed high speed rail link from London to Birmingham and onwards to Manchester.

Hysterics over the supposed cost of the project have broken out big time in the comparatively rich south east and accusations are flying that the government is engaged in a cover up of the true costs of putting the capital within an hour’s reach of the oiks in the northern wastelands.

Typical of recent screeching headlines in the London-centric media are “HS2 will be the most expensive railway on earth”, based on a revised estimate suggesting costs per mile are expected to reach £403 million “according to Government calculations”.

Earlier this year, Chancellor Philip Hammond was taken to task for claiming on Radio 4 that HS2 would cost £32 billion when, at the time, the official estimate was £52 billion. Just a few weeks later, it’s being claimed that the true cost of the scheme, including extensions to Manchester and Leeds, will be double that: £104 billion. The first 6.6 miles out of Euston would cost £8.25 billion – or £1.25 billion a mile.

The senior civil servant responsible for the project allegedly told his bosses he was “very worried” the official costs could be unrealistic. The eyewatering figures prompted former transport minister John Spellar to declare that the “controversial project is an “ever-deepening bottomless pit”.

I’m not sure what the Labour MP’s Brummie constituents will make of that, but then Bromley-born, Dulwich-educated Mr Spellar is a Londoner through and through.

It’s all grist to the mill of the influential Stop HS2 lobby, based mainly in the twee Chilterns, who fear the proposed route might disturb their affluent peace. They believe they are now winning, that the escalating costs of the project are likely to scupper it completely.

After all, they moan, is shaving an hour off the current two-hour train journey time from London to Manchester worth more than £100 billion?

That argument, however, is completely missing the point.

The requirement for HS2 is not all about speed. It’s about capacity. Currently, Virgin Pendolino trains – these days mostly composed of 11 coaches – leave Manchester Piccadilly for Euston every 20 minutes and vice versa.

The West Coast Main Line must also accommodate Cross Country services and in many places along its length, intense commuter traffic. Then  freight trains have to be found track space somewhere. We all want fewer heavy lorries on the road, don’t we?

The real question is not whether HS2 is vital, not just to the Midlands and the north, but to the balance of the national economy – which it is – but why the estimated cost of building it should be 15 times more per mile than the TGV, the 200mph French high speed trains.

The fault with the HS2 project lies not with its conception, but – like so many other major infrastructure projects in this country – its delivery.

In any case, did anyone south of the Watford Gap raise an eyebrow when the original £1.9 billion cost estimate for  the 73-mile east-west Crossrail route across London ballooned to £14.8 billion? And what of proposals for north-south Crossrail 2 – without which London mayor Sadiq Khan claims the capital will “grind to a halt”?

The current estimate for the route (co-incidentally also 73 miles) is a mere £33 billion at 2014 prices. Do the maths and that works out at £452 million a mile – 20 per cent more than Spellar’s “ever deepening bottomless pit” description of HS2.

Here’s the thing. If HS2 is completed and is able to ease the gridlock in London – with all the attendant costs of housing, transport, hiring staff, rents and so on, thus saving it from grinding to a halt – there’d be no need for Crossrail 2 at all, thus saving a shedload of money. But of course London stares at the north through the wrong end of its binoculars.

Back in 1830, when Manchester built the world’s first train station to serve as the western terminus of the pioneering Liverpool and Manchester Railway, there was no line to London at all. Building one was hugely complex and expensive operation.  Perhaps our Victorian  forebears should have adopted the current anti-HS2 stance and not bothered.

HS2 – and HS3, the upgraded route east-west from Leeds to Liverpool via Manchester – must be built at all costs. Because we’re worth it.