As the busiest time of the year fast approaches, StreetSmart is calling for Manchester’s restaurants to join its campaign to give a Christmas gift to the region’s homelessness and rough sleeping charities.

All the money raised is collected in January and is distributed amongst organisations working to end rough sleeping and homelessness across the city.

StreetSmart has partnered with the Greater Manchester Mayor’s Homelessness Fund for the second time this year, working together with the city-region’s Mayor, Andy Burnham, to support his pledge to end the need for rough sleeping in Manchester by 2020.

All money raised this year will be donated to the fund, which is supporting the new campaign A Bed Every Night, providing accommodation and support to Greater Manchester’s rough sleeping population this winter.

“A Bed Every Night marks a significant escalation of our efforts to tackle the humanitarian crisis on our streets,” said Mayor of Greater Manchester, Andy Burnham.

“And it’s more than just a bed. As well as a roof over the head of someone who has been sleeping rough, there will be a range of support to help people begin a journey away from the streets

“With the public’s help, alongside donations from benefactors and businesses who want to make a difference, we aim to ensure that there will be a bed every night for every single person sleeping rough in Greater Manchester.

“That’s why the national StreetSmart campaign is so important – it expertly marries business innovation with the generosity of the Greater Manchester public. In this city-region we are not the sort of people who walk on by. Whatever our challenges as a country, we are rich enough to put a roof over every head every night of the week. I hope that, in Greater Manchester at least, this will soon become the norm.”

Last year StreetSmart raised over £17,000 for The Greater Manchester Mayor’s Fund, and the campaign intends to beat this target in 2018. 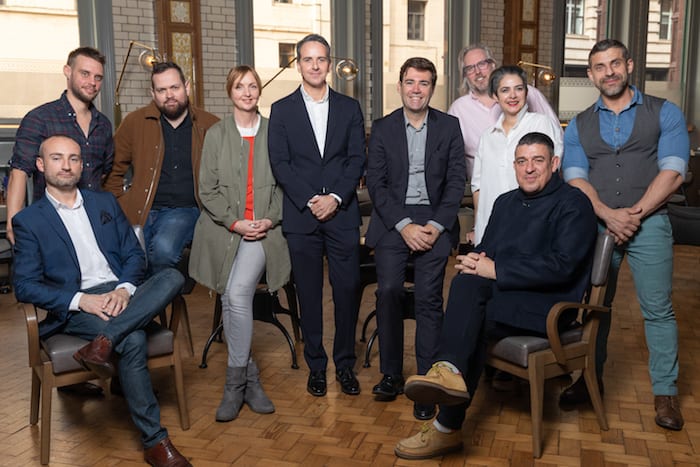 “Manchester restaurants have always been generous in supporting StreetSmart but this Christmas we want to ensure that we have as many of them signed up to the charity to help us beat our previous donations and really make a difference to the homelessness and rough sleeping in the city,” said Glenn Pougenet, director of StreetSmart.

“Although £1 per table doesn’t seem a lot it can add up to making a real difference so we’d be delighted to engage more before the end of October.  If you run a restaurant in city centre Manchester or the surrounding area, no matter what the size, we would love to work with you so please do get in touch.

“Every single donation helps us out so please join our campaign and help us help those without a home.”

“Restaurants are a huge part of the night time economy in the city, and I know that there’s concerns about homelessness within that industry,” he said.

“This is a chance for restaurants to do something themselves that will have a real impact – I encourage any restaurant no matter how big or small to get involved!”

The restaurants that have signed up to the campaign so far include Albert’s (Didsbury, Castlefield and Worsely), San Carlo Bottega in Selfridges, Dukes 92, Grafene, Turtle Bay, The Creameries in Chorlton, Randall and Aubin, The Refuge, Harvey Nichols’ Second Floor restaurant, and Store Street Exchange.