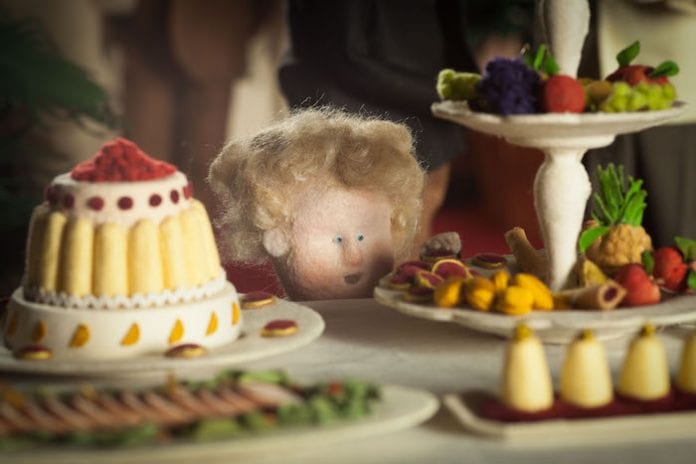 This Magnificent Cake! is the new film from Marc James Roels and Emma de Swaef, the Belgium-based animators behind the 2011 award-winning short Oh Willy.

An anthology about the colonisation of Africa at the end of the 19th century, This Magnificent Cake! consists of five strange stories, including a tale about a businessman falling in love with a giant snail and a young pygmy working at a luxury hotel.

Speaking in advance of This Magnificent Cake!‘s UK premiere at the Manchester Animation Festival at HOME, co-director Marc revealed the essential part played by two separate Manchester institutions in their films. 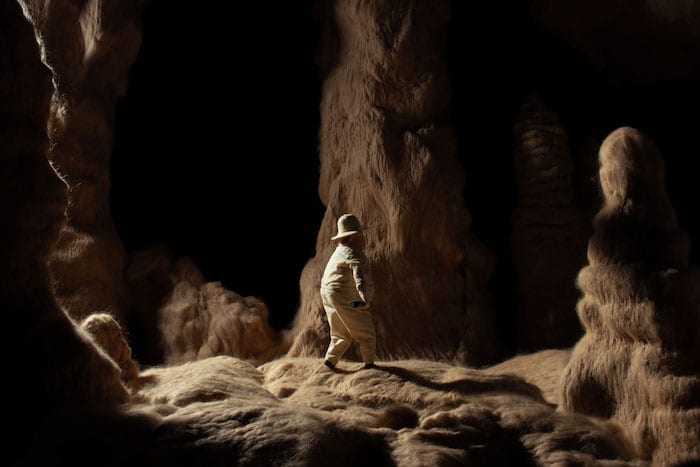 The first of those institutions is MacKinnon & Saunders, the Altrincham-based animation studio and puppet producers who’ve had a hand in everything from The Clangers to the Corpse Bride and Fantastic Mr Fox.

“We actually went to MacKinnon & Saunders to build one of the puppets for Oh Willy,” Marc explains.

“Willy had two puppets, and we had a grant from the Dutch Film Festival that we used to go to MacKinnon & Saunders and have them help us make a puppet. We had one of their puppet makers guide us through the process and help us make one of the puppets. We were there for about a week or so”.

The puppet makers at MacKinnon & Saunders also pointed Marc and Emma in the direction of Manchester makers’ institution Abakhan Fabrics, on Oldham Street.

It was there that Marc and Emma found the perfect shade of pink felt for the character’s rosy cheeks. The Abakhan material also had just the right amount of stretch, which is crucial for animating stop-motion.

“We always go back there for this particular shade of pink,” Marc reveals. “We’re always curious as to when they’re going to stock the run of that shade. Otherwise, we’re in panic mode, looking around for something else.

“Abakhan also stock great fake furs for grass, which came in handy for the production of This Magnificent Cake!“ 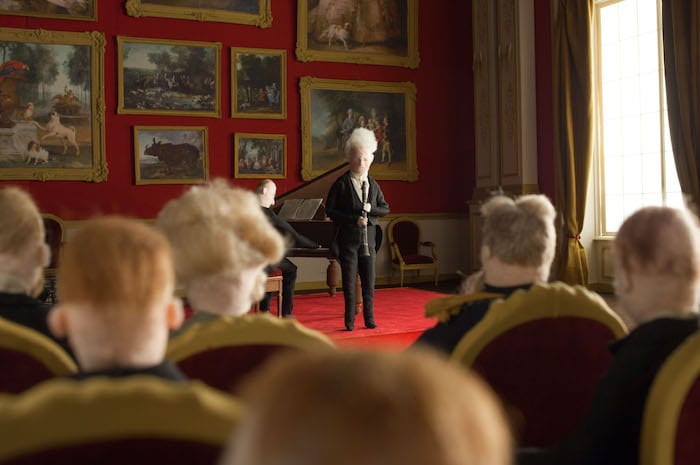 The new film is distinguished by the filmmakers’ unique sense of humour. In particular, it features a number of dark visual jokes, in which characters get crushed by heavy objects.

“Yeah, we weren’t really conscious of that,” laughs Marc. “Chris Robinson [the director of the Ottawa International Animation Festival] wrote something about that, and that’s the first time we thought, ‘oh, it’s actually true’.

“There’s a lot of people getting crushed, and Chris had this thing about crushed dreams and crushed ambitions, and we thought, ‘well, that sounds pretty good, we’ll go with that’!

“We just try to get the details right. Whatever emerges theme-wise will emerge without our help, really. We just follow our gut and see where it takes us.” 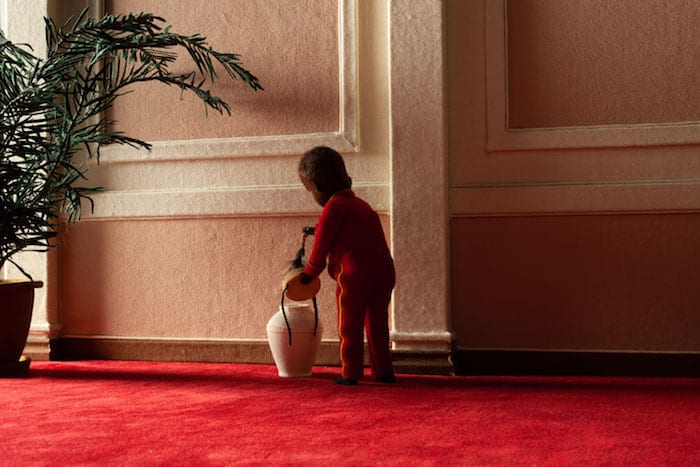 Whenever Marc and Emma travel, they always look up the fabric stores, in the hopes of making new discoveries.

In the case of Abakhan, the company doesn’t ship overseas, so Marc and Emma will be using their trip to the Manchester Animation Festival as an excuse to go to Abakhan and stock up.

Marc and Emma have fond memories of the city, and they are looking forward to visiting again.

“The thing that immediately comes to mind when I think of Manchester is how extremely friendly people are in the street,” says Marc.

“Almost suspiciously friendly! But it’s great – we don’t get anything like that amount of friendliness in the street in Antwerp”.