How to Find the Perfect Student Housemate

“To Let” signs are dominating the streets of Fallowfield... 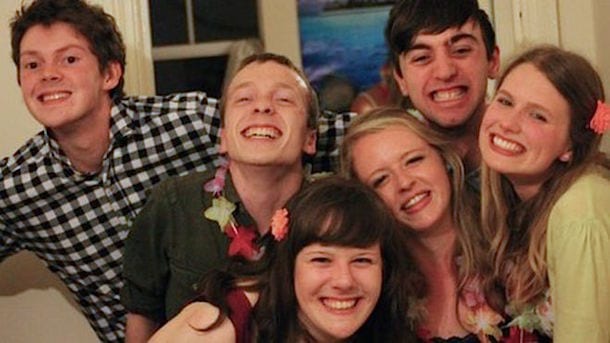 “To Let” signs are dominating the streets of Fallowfield, landlords are despairing at the two inches of grease settling on kitchen surfaces, and parties of freshers can be spotted on buses arguing over who gets the Tumblr-worthy attic room. Yes, it’s student house dash time. Having lived in a student house for three whole months, Polly Newby feels qualified enough to share some tips for finding the perfect housemate…

Moving from university halls, where you’re dumped with a group of randomers, to a privately owned house, where you get to choose who to share with, is a big, big change. And although your halls flatmates might not have been your cup of tea, you didn’t have to worry about nagging them for bills or leaving a hamster’s whisker’s worth of hair in the shower every morning.

“…live with
those nutters
who only eat
seeds. You
won’t have to
worry about
someone
nabbing your
chips…”

Securing a house as soon as possible may be your top priority, but how can you tell if your potential housemates are compatible enough for you to put up with for a whole academic year?

1. Choose housemates with totally different diets to yourself. Food snatching is a real problem in student houses. You come back from a night out, seriously regretting cruising Kebab King and proper craving some chips, cheese and gravy, so you dive into your emergency freezer drawer only to find that someone has opened your bag of basic French Fires. To get around this problem, live with those nutters who only eat seeds. You won’t have to worry about someone nabbing your chips.

2. Are you an early riser? Do you like to come down to an empty kitchen in the morning when the thought of small talk with another human is repulsive? Or are you a night owl? Do you want to have free reign on the TV at 3am or would you rather have a companion to re-watch Gogglebox with? Consider the sleeping patterns of your potential housemates and pick peeps who are going to fit in nicely with your preferences. Creepy? No, this is your hard earnt loan you’re spending here, so pick wisely.

3. In a similar vein to the previous tip, the timetables of your roomies are also something to suss out. There’s nothing more infuriating than waiting for someone to get the hell out of the showerwhen you need to leave in half an hour and were hoping you’d have time to shave your legs. Attempt to subtly quiz your friends about their typical uni hours. You might be questioning the creepy-factor again here but, trust me, you want to have as few shower clashes as possible to avoid house meltdowns.

4. Now this one is probably something you’ve already considered, but you should consider it even more. Music taste. You’re going to be having a lot of pre-drinks in your house, especially during the first few weeks of term, and there’s always one person who dominates the tunes. One person who believes their playlist is the soundtrack of the gods, and that everyone wants to listen to a cheerful man singing about paying bills while they sip their voddy and coke. Make sure the self-proclaimed music connoisseur in your posse shares your taste or prepare for a year of fighting for control over the Bluetooth speaker.

5. And finally, a very serious matter. How likely is it that your potential housemates are going to be big pullers? Do you want a bedroom next to a serial puller? Do you want to be kept awake to the clumsy sounds of drunken, ahem, coupling? The first time might be quite funny, but when you’ve got five thousand deadlines in one week and you seriously need your beauty sleep, intimate noises of the intoxicated kind are definitely not amusing. That Tumblr-worthy attic room is looking pretty hot right now, and not just because of the aesthetically pleasing Instagram snaps you’re going to be showing off. It’s also the one that’s furthest away from the potential pull-pads of your pals.

Living with friends isn’t easy and there’s always going to be disagreements and mishaps. My five step guide may be tongue-in-cheek, but in all seriousness, consider who you’re going to live with carefully. You want to spend your time in your student house chain-watching Come Dine with Me, whipping up Aunt Bessie’s Sunday roasts and drunkenly standing on the sofa, vodka in hand, blaring out bangers while you wait for the taxi, not calling a house meeting to find out who stole your chips. Happy housemate hunting!