How to Build a Team Without Breaking the Bank 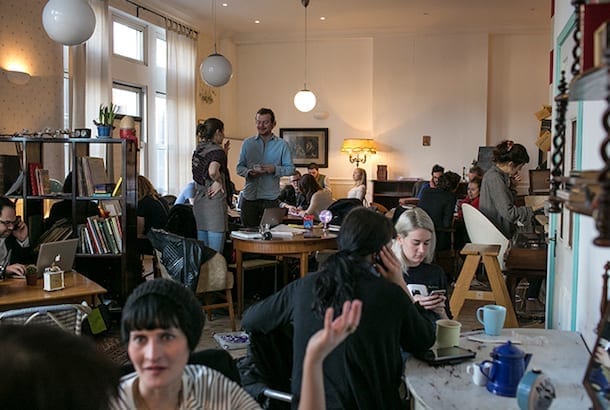 It’s a rainy, cold day. You’re in the Scottish Highlands building a raft with Dave from accounts. But you have no idea why...
Share
Tweet
Share
Chat

It’s a rainy, cold day. You’re in the Scottish Highlands building a raft with Dave from accounts. But you have no idea why, says Sheryl Cookson…

Team Building away days can strike into many people’s hearts and for good reason. They can be expensive, time consuming and it can be hard to judge if they’ve actually worked. But according to the experts, there’s never been a more important time to consider your team’s contentment. Sir Cary Cooper, Professor of Organisational Psychology and Health at Manchester Business School says in his report It Pays to Play that there is a direct link between employee happiness and performance.

Taking your team out of the office for the day can help build morale, act as a treat for a job well done or help release the creative spark needed for that upcoming pitch.  But what are the options if you don’t have a big budget?

We road tested some options that are available to smaller businesses or teams. 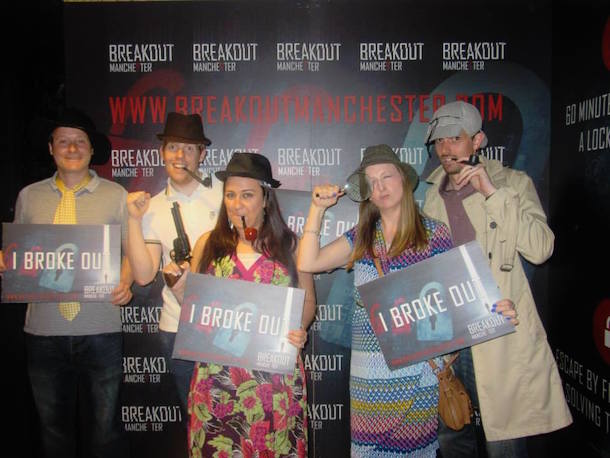 Your team has 60 minutes to escape from a locked themed room by finding and solving clues and puzzles.

We decided to really test the team and booked the hardest room – The Madchester Room. We got together a swat team from marketing, user experience and design – different teams who collaborate regularly.

Our host for the day was the enthusiastic Wills, who got us very excited about the task.  It was obvious from the start that the challenge involved working together and we fell into this very naturally. My favourite part was seeing the team congratulate each other when they solved a puzzle. The countdown clock puts you under pressure and the riddles can be really challenging.  So it was good to see that the team worked well and we still had fun.

It was interesting who on the team took what role – motivator, time keeper, logical thinker. Key insight to take back to the office!

We broke out of the room with almost 13 minutes to spare –  nearly breaking the record – which meant we got a very euphoric feeling and lots of bragging rights back in the office!

Room size is a factor. If you had to split your group across multiple rooms you wouldn’t have the same team building experience.

A great way to reward a small team as it is so much fun but also great to see how your team works together under pressure. 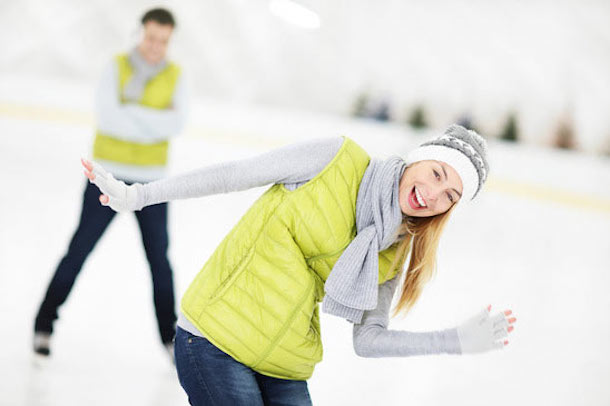 Played on real ice, the game is similar to bowls in the way that an object is delivered to a target in the distance.

Smoking Gun PR took us curling as a team building and social activity. We met up after work and anticipation was high. Nobody had curled before so it was good to have an activity that everyone was trying for the first time together. It meant we all got to learn and fall over together.

The rules were relaxed and I’m not sure we were always following the correct technique but we had a lot of fun on the ice. The competition led to some good banter, allowing the boundaries between client and agency to fall down.

Not everyone could take part on the ice and it’s a seasonal activity, so not open all year round

It’s a lot of fun and probably works best as a reward/social activity rather than team building. 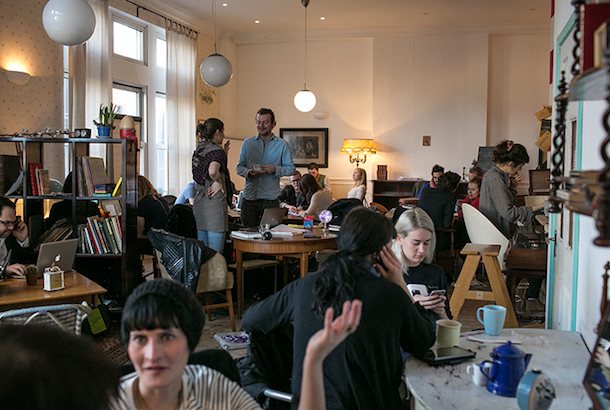 Ziferblat is a home from home. You pay for your time rather than what you eat or drink. There’s no service. Just help yourself to drinks, toast and a vast array of cakes and biscuits. You can choose to sit in the extensive lounge or hire your own themed room. We hired the classroom and held an offsite day.

Minimum spend £50 for the classroom

This was our most traditional team building activity but the location give it a quirky feel. We took the team out of the office to a creative space and worked on a common goal in separate teams. At the end of the day we reported back our ideas. The classroom layout was perfect for presentations and the nostalgic feel gave people the inspiration to think differently. The relaxed nature of the venue put people in a positive mood and the set up was good for collaboration.

Working on a common goal was rewarding but having two teams led to some natural competitiveness along the way. It was good to see people bring their own expertise to the task whilst listening to other people’s ideas.

As the organiser you need to put work into the agenda and running the sessions, which means you can’t take part as a member of the team.

To keep it fun, we suggest working on something unrelated to your business as this is all about collaboration and idea generation without limitations. 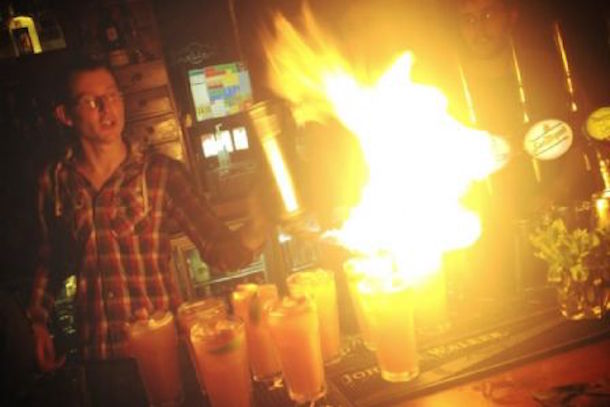 An educational and rather boozy affair in the Northern Quarter’s decadent cocktail den, Apotheca. The knowledgeable bartenders –  “cocktail technicians” is more of a fitting job title – taught us how to make some of the finest cocktails in the city and turned us into a team of Tom Cruises. The class included a lesson on the history of cocktails and some tips and tricks before letting us loose on our own concoctions.

£25 per person for the tincture package which includes three cocktails.

Needless to say the whole team had an absolute blast at cocktail making! It was great for us to let our hair down and get tipsy learn about cocktails. The Apotheca team were very passionate about cocktail making and definitely know their stuff! We started off as a well behaved audience, ready to listen and learn, but after a couple of cocktails, we were more like giddy school children. We had great, positive feedback from the team and it was a fun bonding experience, especially as we had a few new starters.

A no-no for any teams with non drinkers or pregnant ladies, as it did centre around alcohol.  The room was atmospheric and cosy, but perhaps a little dark.

An entertaining, informative and hilarious evening, great for team bonding and finding out who the dark horse of the team really is. 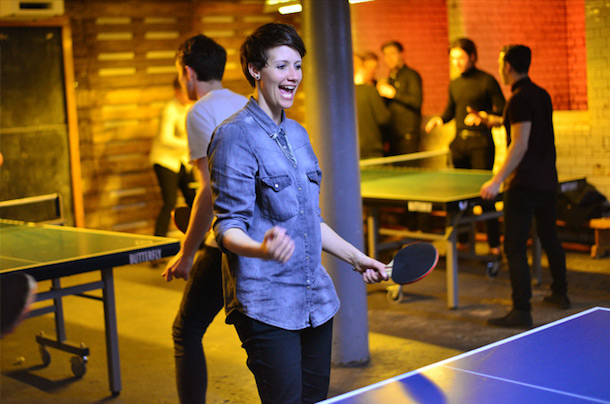 Quite simply it is a bar in the Northern Quarter with ping pong tables, which is pretty cool. We booked the private room for a chance to socialise with some new members of the company and introduce them to some of our suppliers. The room had a ping pong table and informal seating.

We wanted to do something informal and fun that would encourage people to talk to people they didn’t know. Ping pong is fairly accessible to everyone and was a good chance to get people chatting and playing together. The evening flowed really naturally and it was good to see different friendships emerging. I think this would work well over a lunch time or as an evening social activity.

Not great if you’re a particularly small team as the room is quite large and it could be a bit awkward if it was just you and Dave from accounts.

A fun social activity which is can be made as competitive or friendly as you like.

Our short but sweet test of team building activities in Manchester made us realise that it’s important as a team to take time to work at being a team.

We had a lot of laughs but, more importantly, we’ve found out a lot about each other in each task that can be applied to how we work together in the future.

Have we missed out any cheap team building alternatives? Let us know and tag @brightHR_Uk

Sheryl Cookson is Head of Brand Communications at BrightHR