How Manchester bars and restaurants can bounce back stronger post-Coronavirus 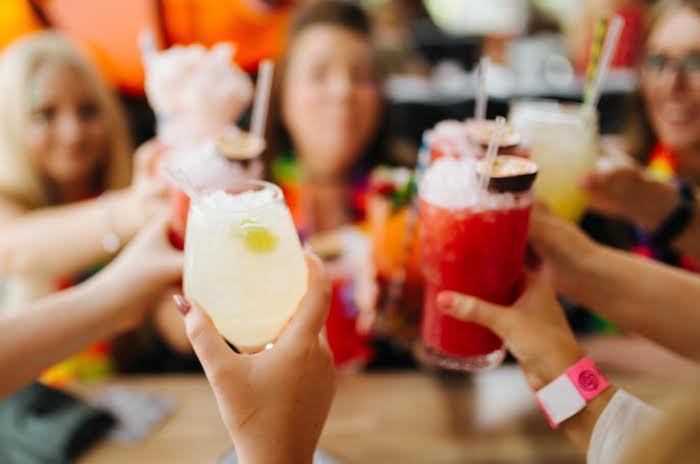 While financial support from the government has been made available – and is something to be praised – the speed and logistics of physically getting the money into business bank accounts appears to be more of a challenge.

According to recent data from Altus Group, only 9% of the money designated to help small businesses during the pandemic – including restaurants and bars – has been paid out by local councils so far.

Although Manchester hospitality leaders have responded to the crisis with a brave face and launched a pay it forward voucher scheme, they can only tread water for so long.

As lockdown restrictions are extended and as the region’s retail, hospitality and leisure businesses remain closed, Night Time Economy Adviser for Greater Manchester, Sacha Lord, has warned that over two thirds of these businesses could go under if the government’s Covid-19 financial aid isn’t provided faster. 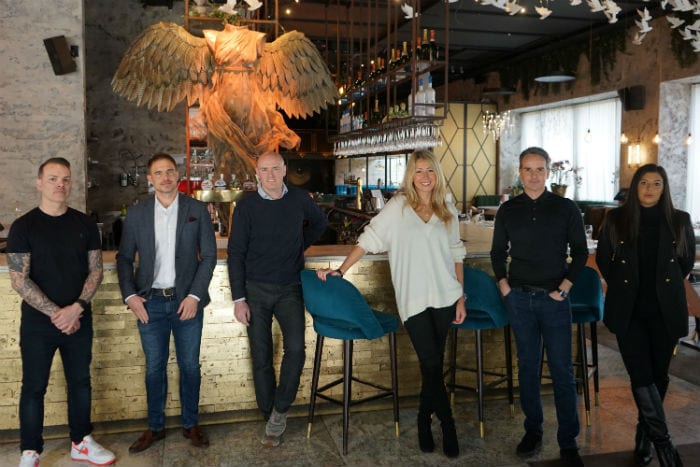 “To put it mildly, this is a very difficult time for all those involved in the hospitality and leisure industries,” said Sacha.

“Even at the start of this month, we knew that 70 per cent of operators would not survive if they didn’t have cash in the tills within four weeks.

“I’m very concerned by the lack of financial access available to these businesses. The amount of paperwork needed to apply for the loans and grants offered is overwhelming and it’s slowing down the process in an already stressful time.

“A much faster system needs to be implemented otherwise we will see some of our most loved outlets go under before the help arrives.

My business @WoodRestaurants isn’t protected by the current measures

As owners it’s on us, we have to act and react. Deviating from our strategy as small businesses to try and counteract what might happen

The package announced sounded great but In Reality. It’s not

“It’s the independents on the outskirts of big cities which I’m most worried about – those who don’t have the parent companies to lean on or bail them out now that things have got extremely tough.”

The Laundrette bar restaurant in Chorlton is one example of an independent business based in the suburbs of Manchester who don’t have any investment or backup from a parent company.

“We used our own savings to open so we don’t have large bank debts as such but, unlike most hospitality businesses, we don’t have any back-up funds either,” said co-founder and managing director of The Laundrette, Jonathan Charles.

“Therefore, if we don’t get government support soon we will be facing closure.

“There’s lots of great initial promises of support made by the government, however, bank loans are still impossible to get and the grants have not been issued yet – despite being promised last week.

“Our bank accounts are empty and we won’t be able to pay our staff next week if these promises don’t come through.

“Extended lockdown is inevitable, and I’ve already accepted that restaurants and bars will probably be the last businesses to be allowed open. But even when things do go back to semi-normality, I think social distancing will become a standard. Table service only, with large [two metre] gaps between tables and no bar service.

“Even when we do eventually get to reopen it’s going to be extremely difficult. Trading patterns will change and people will have less disposable income to spend on luxuries like eating out. And let’s face it, eating out is usually the first thing people cut back on during hard times.

When the funding does finally land in the tills of our vulnerable businesses, though, perhaps it puts them all on a level playing field, and just maybe some of the operators who were struggling even before the crisis will be given a new lease of life. Some time to reset and rethink their business model and strategy.

Being forced to stay home and only dream about eating out at our favourite restaurant with our favourite people raises the question: do we take for granted how cosmopolitan our city is, and the democratisation of global cuisine through our amazing restaurants?

If you live in Manchester – or any other major metropolis – you get to sample a taste of just about any flavour the world can offer, without needing to travel. That’s thanks to the stories of our many brave independent restaurateurs, who have done the travelling for us and have made the multicultural ingredients and techniques accessible – even against all the odds of business rates and ridiculous rent.

National food writer, Jonathan Nunn, believes that “we have become alienated from where food comes from and the work that goes into making it. But restaurants can now play a new role in redressing the balance.”

In a gesture of defiance in his recent article published in The Guardian, Nunn insists that “restaurants [the ones which survive] will never be the same after coronavirus – but that may be a good thing. The real danger the restaurant industry faces is that it comes back the same as it was before.”

Nunn, who depends on restaurants for both a work and social life, explained that Covid-19 has also shown us that the industry is “on even shakier ground than we suspected… There are the landlords, whose rents are so extortionate that many restaurants in city centres struggle to break even. The developers who use restaurants like magnets to attract the ‘right sort’ of people in gentrifying areas…”

He concludes that now is the time to start having “honest conversations about food prices and supply chains, high rents and civic space”. Now’s the time, he says, to think about who restaurants really benefit.

Sacha Lord predicts the difficulties will become even more apparent, and is advising operators to start planning now to be in the best position when the controls are relaxed.

“We may see ‘one in, one out’ measures come into force, coupled with temperature testing on entry, so I urge operators to plan how to implement these measures effectively to ensure customers feel safe from the outset,” Sacha suggests.

“Also, from a financial perspective, they need to be aware of how the capacity reductions will affect business in terms of their offering and staffing levels and plan the necessary changes.”

Lord does predict, however, that it’s not all bad news for the sector, and there could be a potential surge in spend as restrictions are lifted.

“Despite some hesitancy, I expect there will be a rush of people wanting to go out as the lockdown is lifted and we’ll probably see higher figures than pre-crisis in terms of spend which will be good for the sector.

“Although limits on capacity will be frustrating, we could actually see the smaller bars, including those who might have been struggling before the crisis, benefit as the public spread out and explore options beyond just their usual bar.”

One thing’s for certain during these uncertain times: Manchester is ready for a party.

Manchester is a city with a unique sense of civic pride which has proved its resilience more than once during dark times. We will support our bars, restaurants and venues together.