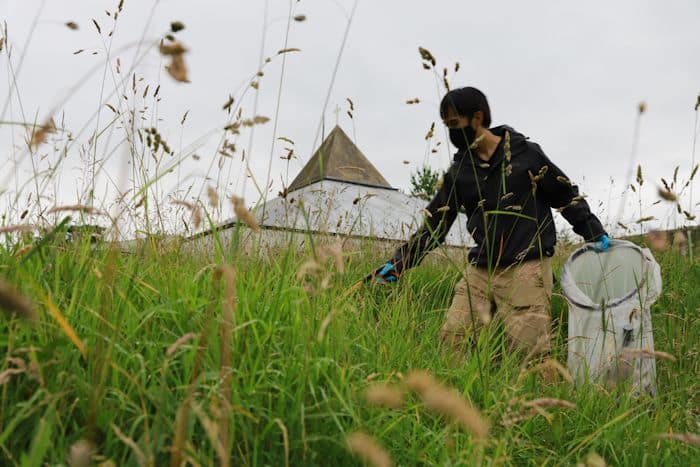 Members of Manchester’s Hong Kong community have been busy helping to clean up the streets of the city.

One Saturday recently, a group of 30 volunteers collected 32 bags of rubbish in the Old Trafford area. And it’s not the first time they’ve been out litter picking.

In the last five months, they have organised eight rounds of bi-weekly litter pick volunteering events in different parts of Manchester and Salford, collecting over 200 bags of litter in total.

They’re all members of Facebook group Hong Kong Volunteers in Manchester, most of whom have moved here in the last 12 months on the British National (Overseas) visa scheme due to the worsening political situation in the former British colony . 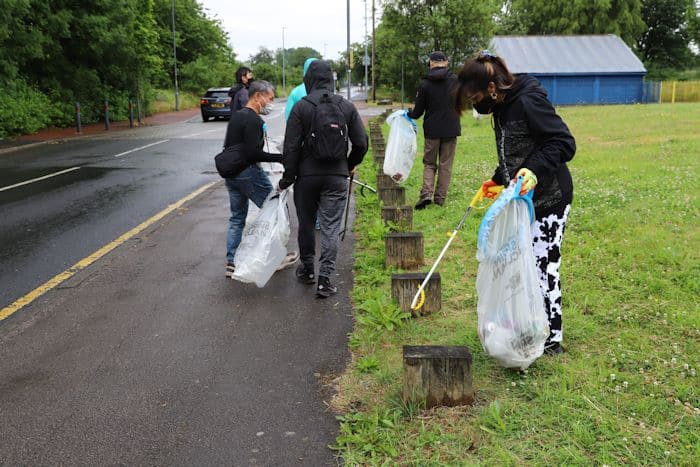 The scheme was introduced by the UK government as a new immigration route in response to China’s imposition of repressive new laws on the people of Hong Kong in July 2020.

The group was started in March by Andrea, a woman in her late 20s who moved here recently and now lives in the Old Trafford area. It now has over 300 members who are eager to be involved in volunteering projects around Manchester.

“For many of us that have recently moved to the UK we have wanted to give back to the area we are now proud to call home,” she says. “Between us we considered different volunteering options until we realised that the quickest, and most direct, way to make a difference was to begin litter picking”. 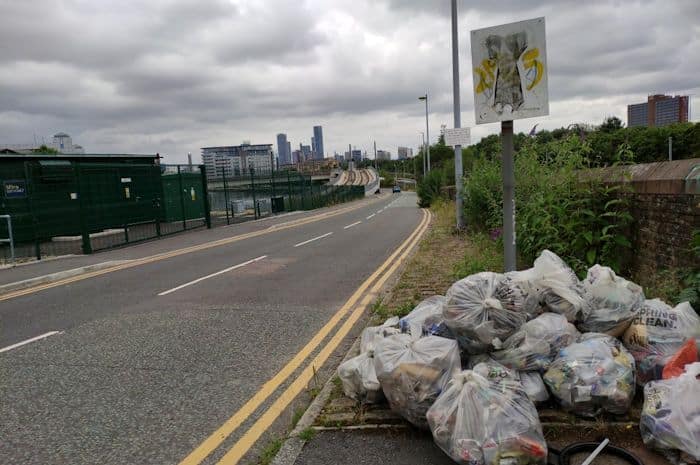 She says she thinks Manchester is ‘a friendly place where people are willing to help each other’ but finds travels costs expensive. She’s glad there’s no shortage of international food stores and that she can easily find her favourite bubble tea.

“That being said I am kind of missing the Japanese-style supermarket Donki back in Hong Kong”.

What about the famous Manchester weather?

“It is depressing at times, but it is not as bad as I imagined. I was expecting the worst after being an exchange student in Scotland.  And there are more sunny days than I expected!”

The next litter pick is on the 28th August.

“We don’t have the exact venue yet, but the litter-pick usually takes place from 12-3pm.  We are quite mobile so the venue is usually decided closer to time, depending on the litter situation from places to places.

“Locals are also welcome to join our activities and provide feedback on black spots that require thorough cleaning!”

And you can find out more about the political situation in Hong Kong at an exhibition in Exchange Square on 14th August.