On 22 May 2017 a bomb exploded at Manchester Arena killing 22 people and injuring many more. Following the attack, people from all around the world donated money to show their love, support and solidarity, and continue to do so.

Mancunian artist Lisa Levine has set herself a challenge to raise as much money as possible for the We Love Manchester Emergency Fund from sales of her cityscape prints, while also hoping her colourful, Manchester-themed artwork will help to brighten people’s lives.

“Manchester is my home town and for me there is no place like it,” says Lisa. “The saying ‘home is where the heart is’ rings true for me.” Proud Mancunian Lisa felt shock and disbelief following the attack, which she describes as “too close to home.”

“Like every person, not just in Manchester but on a global level, I was just devastated,” she says. “I was relieved no one among my family or friends was hurt, but the reality is, they could have been. I was equally as saddened by the number of people who were killed or sustained life-changing injuries.

“I can’t even contemplate how much pain the families of all the young victims are still going through. I can only imagine the ‘what ifs’ that go through their minds every single day. This will haunt them for the rest of their lives.” 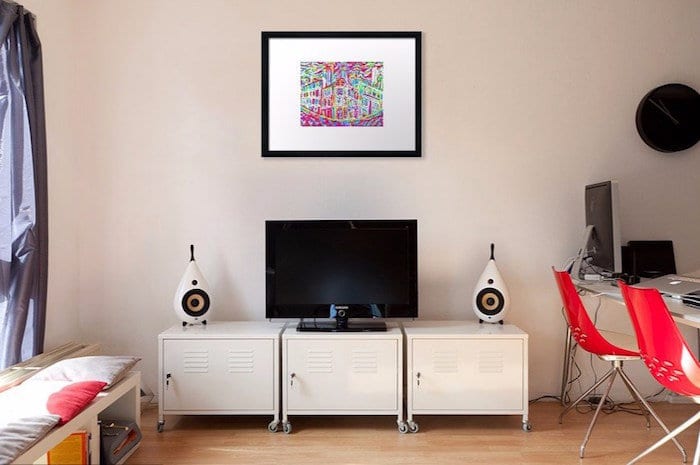 The artist hopes the money she raises will also help support the emergency services who played such a vital role in the immediate aftermath of the attack and beyond, as well as supporting victims and their families.

“I want to acknowledge our emergency services, as when they signed up to become police officers, firemen/women and paramedics, I bet they never would have contemplated just what they would have to deal with in the future,” she says. “They all risked their lives heading into the unknown.

“Those are the reasons I have created my tribute. If the money raised goes towards employing another counter terrorism officer, or helping a person with life-changing injuries receive ground-breaking treatment, then I will rest easier.”

Five paintings have made it into Lisa’s Manchester tribute – Selfridges, St Ann’s Square, London Road, The Shambles, and Manchester bees. The five paintings are available from her Etsy shop in various colours and sizes as stand alone prints, or framed and ready to hang. The proceeds from the two that make the most money will go to the Manchester Emergency Fund.

Art is a recently embraced passion for Lisa, but one she sees as lasting a lifetime – especially if she can combine it with her desire to help others. 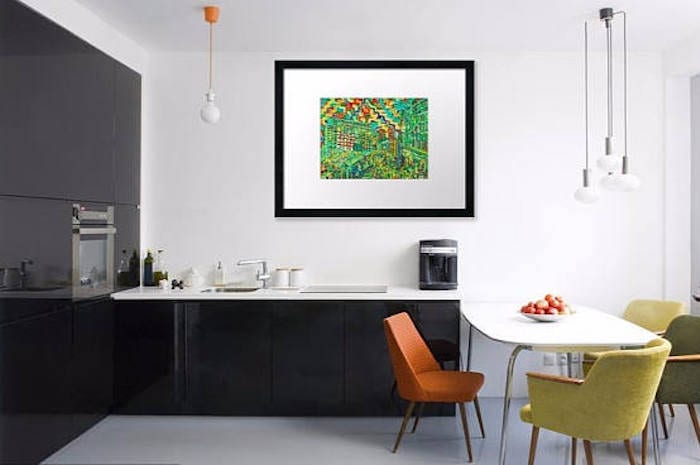 “Painting is a very new and recent thing for me,” she says. “At school and college, I did art, but not in the way that I do now. For years I never picked up a paintbrush. That changed when I moved into my house four years ago.”

“I wanted some nice art paintings for my walls, but there weren’t any in the shops that were bright enough for me. I’m not much of a crowd follower, and I wanted to bring something fresh and new to the world of art.”

Lisa wanted people looking at her pictures to find a vision within her art, “a bit like a magic eye effect,” she says. “So there would be quotes hidden in a mass of colour to cheer people up, or animals – as I love them – and then eventually tourist hotspots such as my Manchesters.” 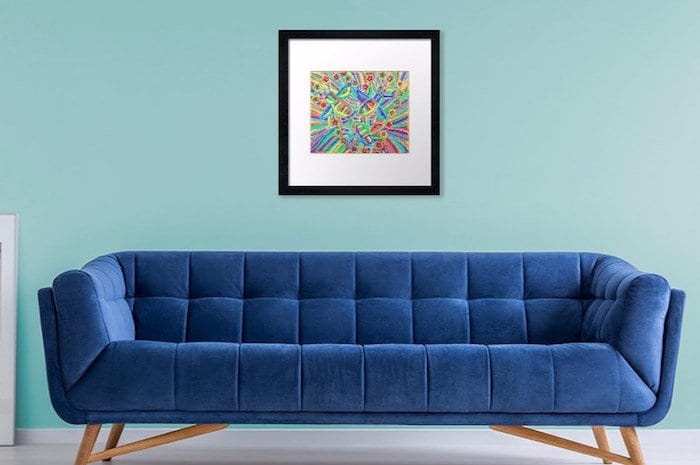 “Painting is something I want to do till I’m old and grey. Alongside painting, I want to also be available to give something back to the world, so championing good causes is at the heart of what I do.”

Lisa has plans to expand her Manchester art tribute and make it more permanent in the near future, and to make regular charitable donations to the fund with the proceeds, with cushions, handbags and similar accessories bearing her colourful cityscapes.

The artist is also beginning to think beyond her home city.

“My initial line of thinking is, terrorism is becoming too endemic in our world, and my overall aim is to try and stamp it out one painting at a time,” she says. “I want to support my Manchester, but because it is a global disease, I eventually see myself creating more tributes and raising more money worldwide.”

Lisa Levine’s Manchester tribute paintings are available in various colours and sizes as standalone prints, or framed and ready to hang, from her online shop, Vision Within Art…