Get stuffed! 10 festive burgers to indulge your Christmas cravings in Manchester

One of the best things about Christmas is the food and drink, and the Christmas burger is a shining beacon of festive joy.

From traditional Christmas ingredients in a bun to towers of festive fun, here are ten Christmas burgers to try this winter.

Almost Famous: Son of a Nutcracker 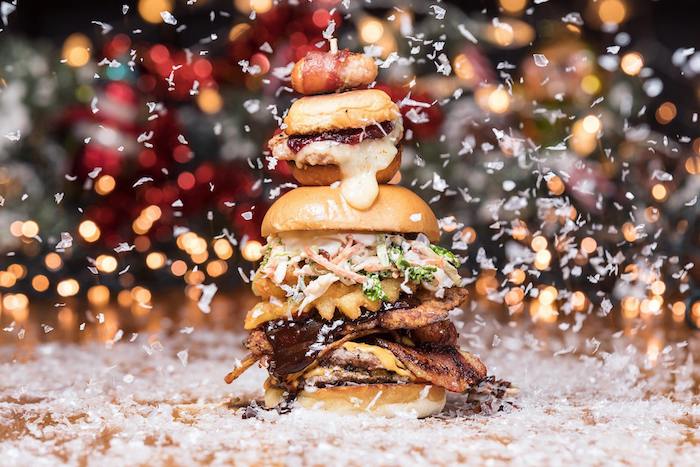 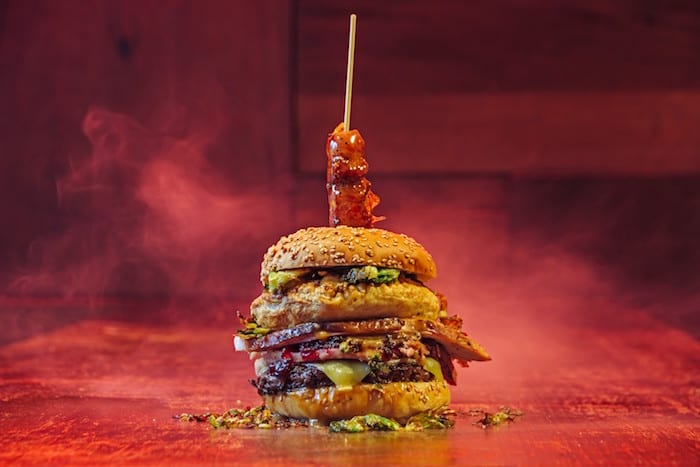 Solita’s Christmas Burger seems to get bigger and better each year. 2017 is no exception. Encased in a brioche bun and topped with a candied pig in blanket, a 7oz chuck steak patty is topped with aged cheddar cheese, roast gammon, house smoked turkey breast, deep-fried sprouts, port and cranberry sauce and turkey gravy, and this year’s new addition – a festive bake pasty. 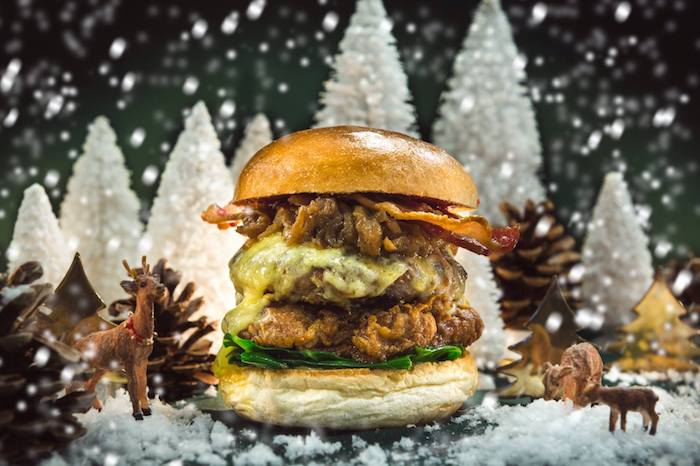 If tradition is your thing, then there’s nothing more traditional than the oft-imitated Hawksmoor Christmas Burger. It consists of two burgers (one turkey and one pork patty) with crispy bacon, sprout tops, spiced cranberry ketchup and a slice of Ogleshield cheese, served with a pot of turkey gravy to dip the whole thing in. Christmas dinner in a bun. 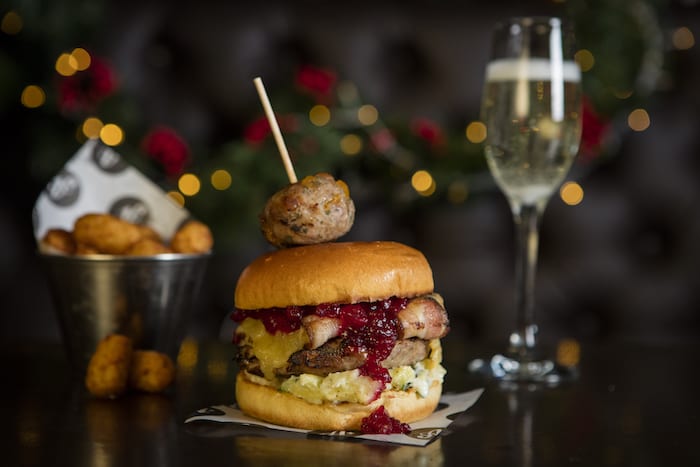 Take all the best elements of a Christmas dinner and make them into a burger is the ethos at All Star Lanes, whose turkey, cranberry and chestnut patty sits atop duck fat roasted potato salad. It’s topped with smoked Applewood cheese and treacle cured bacon, and a sausage and apricot stuffing fritter, and served with crisp Tater Tots. £1 from all sales will go to The Royal Manchester Children’s Hospital.

£16.50, including Tater Tots, at All Star Lanes, Great Northern 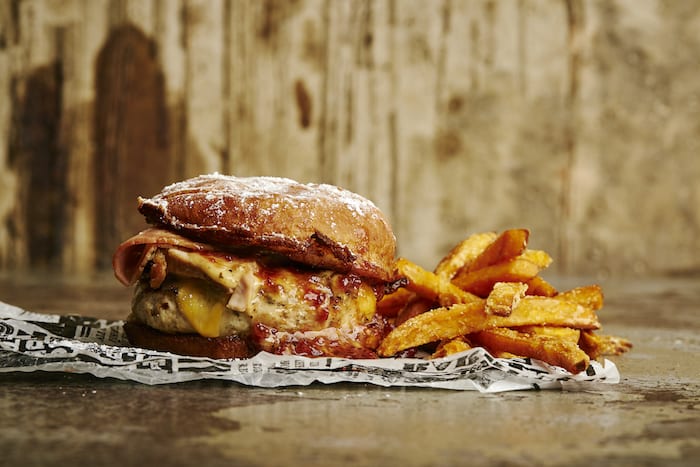 Red’s have given a yuletide hack to a classic Monte Christo.  A smoked turkey patty is topped with ham and sliced smoked turkey breast, peppered bacon, Monterey Jack cheese, cranberry and Dirty BBQ sauce. All squeezed between a vanilla custard-soaked, fried brioche bun, and served with sweet potato fries. 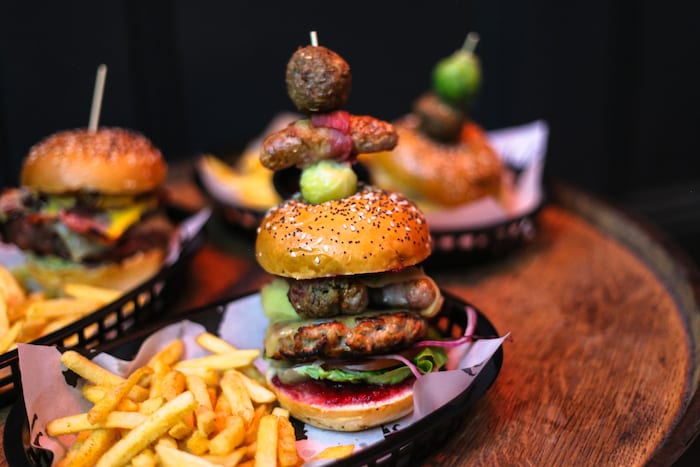 Black Dog and Dog Bowl are offering a choice of three festive burgers this Christmas. Stuff Yourself consists of a turkey burger, pigs in blankets, Jack cheese and sage and onion stuffing balls with a cranberry dip. Bauble & Squeak is a bubble and squeak veggie burger made from mash, sprouts, carrots and parsnips. The Scrooge is a simple bacon cheese burger with BBQ sauce.

£15, including a choice of three burgers, fries and a drink (beer, glass of wine or glass of prosecco) at Black Dog NQ and NWS and Dog Bowl 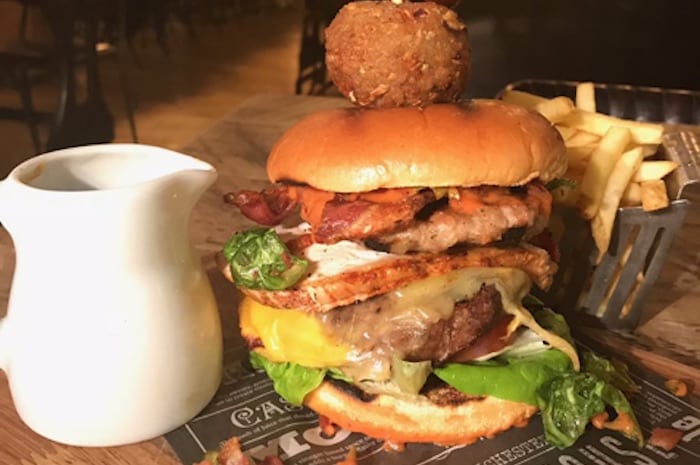 Served on a brioche bun, with a bit of salad and fries, the burger is finished with cranberry chipotle burger sauce.

£16.95 or from £23.95pp as part of a three-course Christmas menu at Manchester Smokehouse 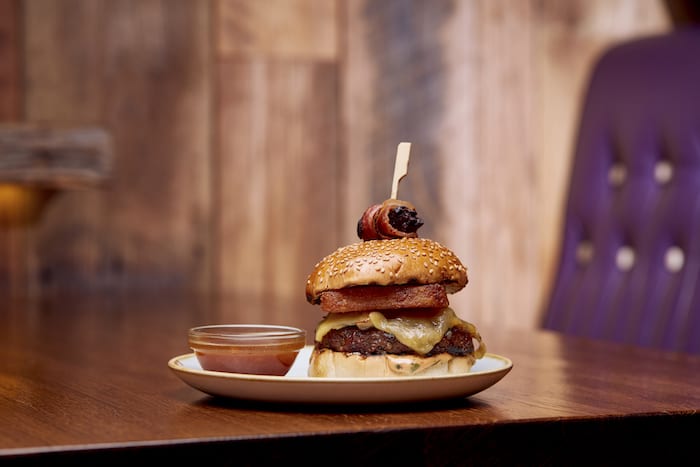 Gourmet Burger Kitchen’s luxurious Christmas creation consists of a 6oz venison patty (or beef or chicken if you prefer) topped with a hash brown, smoked Applewood cheese, cabbage and a bacon, tarragon mayo, devil on horseback, and GBK Christmas gravy. 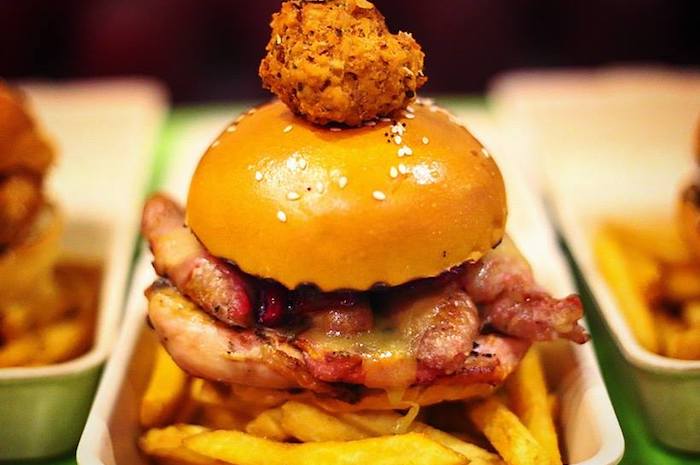 Get Stuffed consists of a turkey burger, pigs in blankets, Jack cheese and sage and onion stuffing balls with a rich rum sauce. A vegetarian option is a bubble and squeak veggie burger, while The Grinch is a simple bacon cheese burger with a boozy rum sauce.

£15 including fries and a drink (beer, glass of wine or glass of prosecco) at Cane & Grain 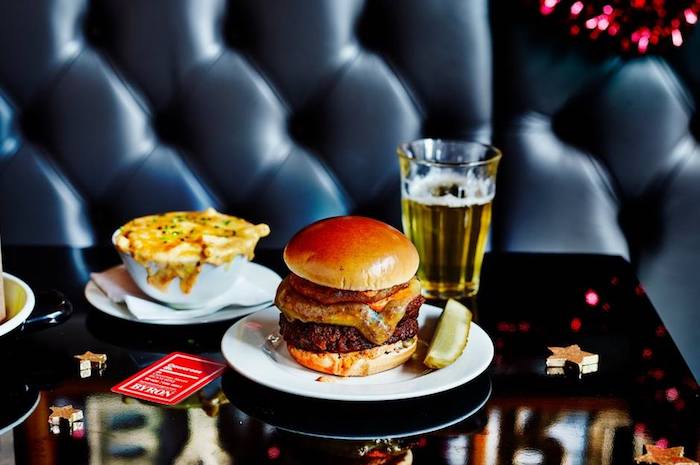 You can swap the beef patty for a fried chicken breast or veggie version, and if you’re especially hungry make it a Grande Fromagemas by adding an additional patty.

From £10.75 at Byron Corn Exchange, Piccadilly Gardens and Deansgate

Immersive nature experience comes to one of Manchester’s busiest streets