The immediate aftermath of the terrorist bomb attack on the arena last may “may well have been Greater Manchester’s finest hour” according to Labour MP and former city council leader Graham Stringer.

Speaking after the publication of the Kerslake report into the atrocity and the response by emergency services, which had criticised bosses of the Greater Manchester Fire and Rescue Service, Mr Stringer and fellow Manchester MPs sought to stress the heroic response of the public in what Lord Kerslake described as “unimaginably horrific circumstances.”

The failings of the Fire and Rescue services, which meant that some of the 500 casualties had to wait up to two hours for help, prompted an “unreserved apology” from acting chief Dawn Docx.

She said: “We accept the findings of the report and as part of our new position within the Greater Manchester Combined Authority, work is already underway to fully implement the recommendations.”

She is leading a “root and branch” examination of policy, practice, leadership and culture within the service and North West Fire Control, which will go well beyond the specific recommendations in the Kerslake report.

“We must ensure that the principles of partnership working are deeply embedded within the service. This is about us acting together as one, which I know everybody, including all our fire fighters, will agree with.

“By working together we will ensure that the mistakes of that night are never repeated.

“The 22nd May 2017 was Greater Manchester’s darkest hour and it is clear that our response fell far short of that which the people of Greater Manchester have a right to expect. I apologise unreservedly for that.”

But Mr Stringer, MP for Blackley and Broughton who led Manchester city council from 1984 to 1996, chose to lay emphasis on the report’s praise of what went well in the aftermath of Salman Abedi’s suicide attack – especially the response of those first on the scene.

The report said: ” Agencies in Greater Manchester have a history of working together to prepare for emergencies. This resulted in some notable practice during the response to the Arena attack and in its immediate aftermath….. the Panel also wishes to expressly acknowledge the courage shown by responders on the night, many of whom were willing to risk their own lives to save others and who demonstrated extraordinary bravery in unimaginably horrific circumstances.

“The response on the night of 22nd May was distinguished by the willingness and readiness of people who were in the vicinity to assist the injured. The Panel found that many unsung heroes played an important role in providing first aid, care and reassurance and in assisting with moving people from the foyer to the casualty clearing station.

“In addition to members of the public who ran to help, staff with no formal remit in this role selflessly and bravely did their best to provide care and support and undoubtedly made an important contribution to the response.

“Others also played a part away from the Arena whether providing shelter in local hotels or donating food and drink. Every one of them is owed a debt of gratitude.”

Mr Stringer said of their courage: “In extreme adversity, this may well have been Greater Manchester’s finest hour.” 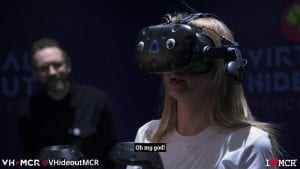 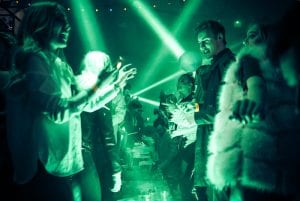 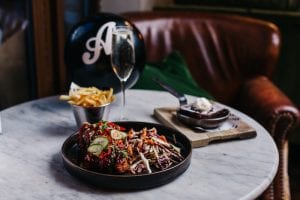