When Heaton Park was the horse racing capital of the north 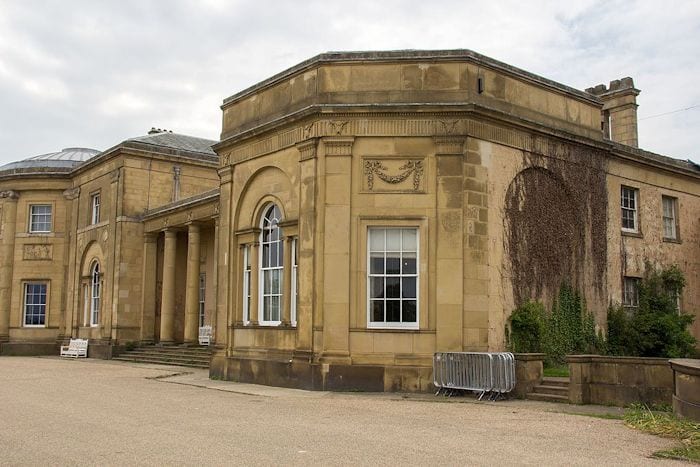 The mansion was remodelled around 1780 in the classic style by renowned architect James Wyatt. It was home to Sir Thomas Egerton, who had recently become Earl of Wilton. The hall serves as a lasting reminder of the Wiltons’ lavish lifestyle. But of their other great passion there is no trace.

Where Heaton Park’s boating lake now laps serenely at its banks, the earl’s racecourse – “ranking second only to glorious Goodwood” – flourished for a dozen notorious, rip-roaring years from the opening day 190 years ago.

The second earl, Thomas Egerton married Lady Margaret Stanley, daughter of the 12th Earl of Derby, one of the most influential politicians of his day after whom the Epsom Derby, the most famous flat race in the world, was named.

Little wonder that Lady Wilton’s salon at Heaton Hall drew some of the most famous and powerful characters in Britain – not least the Duke of Wellington himself. But if they envisaged horse racing in the park as the private preserve of their aristocratic friends, the Wiltons received a rude awakening.

When the gates to the estate were thrown open for the first meeting on Tuesday, 27th September 1827, the course was besieged by the hoi-polloi from the mean streets of the rapidly expanding industrial town of Manchester – not yet afforded city status – four miles to the south. By three in the afternoon the gates were shut and Wilton decreed that, in future, only those on horseback or in carriages would be admitted.

The ploy didn’t work. The following year the masses turned up, according to contemporary reports, “in such an assemblage of queer contrivances in the form of vehicles that the officials endeavoured to solve the problem as to what constituted a carriage.”

So popular did the meeting become, with the race for the Manchester Cup the highlight of the event, that it was extended to three days in 1829.

A notorious incident in 1835 erupted into a national scandal, culminating in a duel between two of the most colourful characters in England.

Lord George Bentinck was typical of the Wiltons’ sporting guests. The son of the Duke of Portland, an Old Etonian, ex-officer in the Lancers and the Guards and MP for Kings Lynn, he was a dandy and a heavy gambler.

The other was Squire George Osbaldeston, a canny Yorkshireman, cricketer and accomplished country sportsman, whose achievements included riding 200 miles in eight hours and 40 minutes.

Known as “The Squire of All England”, Osbaldeston was convinced that the handicapping at Heaton Park was bent in favour of the Wiltons’ aristocratic chums and was determined to get even.

At Doncaster for the St Ledger, he found a brilliant but unknown colt called Rush which he trialled against a mare over the historic course, holding him back and enabling the mare to win by a distance.

When the squire entered the colt for the Manchester Cup at Heaton Park, he was handicapped as a complete outsider. But Osbaldeston had backed him heavily and had accepted Bentinck’s bet of 200 to one against. Rush was a classic “ringer” and romped to an easy victory with the squire in the saddle.

In the spring of 1836, when the two men met at the Craven races, Osbaldeston asked for his winnings. Bentinck replied: “I’m surprised you should ask for the money. The affair was robbery.” It was a clear accusation of cheating.

Weeks later, they met again at dawn at Wormwood Scrubs with pistols drawn at 12 paces.

Bentinck may have been an army officer but had seldom, if ever, fired a weapon. Osbaldeston was said to have shot 100 birds with 100 cartridges and put 40 bullets into the ace of diamonds from 30 yards.

It’s likely that, on the count of three, the squire intended his near miss, his bullet passing through Bentinck’s hat, virtually parting his hair. Lord George, no doubt relieved, fired into the air and the score was settled.

Racing at Heaton Park survived just two more years. The final running of the Manchester Cup in 1838 was won by a certain Captain Becher whose name lives on with the most infamous fence on Aintree’s Grand National Course.

Heaton Park races are now just an obscure footnote in local history. They were switched to Liverpool in 1839 with the correspondent of The Sportsman commenting: “Why Liverpool should benefit I cannot imagine unless Lord Stanley has been putting a finger in the pie. Lord Wilton has nothing to do with that place.”

Guided tours are organised by the Friends of Heaton Hall and scheduled for 9th July and 13 August. Admission is free but must be pre-booked via 0161 773 1085.