It’s been a great year for FAC51 The Hacienda, as they have rounded off their 40th anniversary year with a sold out Depot Mayfield Gig and are set for the debut of the BBC2 Documentary  “The Hacienda : The Club That Shook Britain” later this month.

Now attention turns to summer 2023, with the return of The Hacienda Classical.

DJ Graeme Park, Manchester Camerata and special guests will be coming together for what promises to be a legendary party.

They will also be joined next July by American house pioneers Roger Sanchez,  Todd Terry and Manchester’s Peter Hook.

This will be the seventh Castlefield event, held at Sounds of the City festival.

“I can’t believe this will be our seventh year! Amazing!

“Without a doubt The Hacienda and its crowd know just how to light this city up and party like there’s no tomorrow. Tony and Rob would be so proud.” 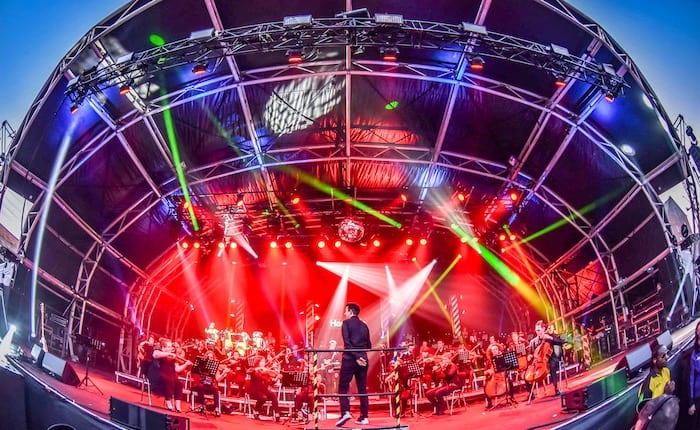 Sold out year on year, Hacienda Classical sees Tim Crooks lead the collective of artists and musicians on stage in performing well known favourites and new versions of club classics all mixed continuously into one non-stop set.

Tim Crooks said: “Haçienda Classical in the Castlefield Bowl is the highlight of my year and I’m thrilled to be performing for a seventh year to the best audience in the world. It’s always an unforgettable experience.”

The announcement coincides with BBC2’s transmission Saturday 5th November 2022 at 1015pm of the much awaited documentary “The Hacienda : The Club That Shook Britain.”
This unique documentary tells the incredible story of a revolution which rose up from within the walls and dance-floor of a former warehouse in central Manchester, The Hacienda.

The documentary charts The Hacienda’s cultural legacy and combines rare and unseen archive footage with first-hand insightful testimony from those  involved during The Hacienda’s heyday, some of the ‘key players’ in the club’s history and famous club-regulars.

2022 marks four decades since FAC51 The Hacienda first flung open its doors back in 1982, transforming the run-down Central Manchester yacht showroom into what has become one of the most iconic and influential nightclubs in history.

Considered the UK’s cathedral of house music and then epicentre of the “Madchester” scene, The Hacienda continues to inspire generations new and old, producing world class events that remain true to the ethos and integrity that guided the original club.