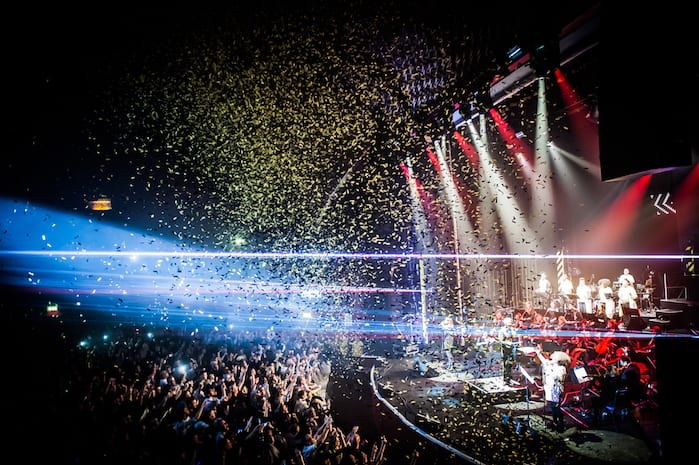 But Haçienda Classical is exactly that – so much so that tickets to their gigs sell out in minutes. 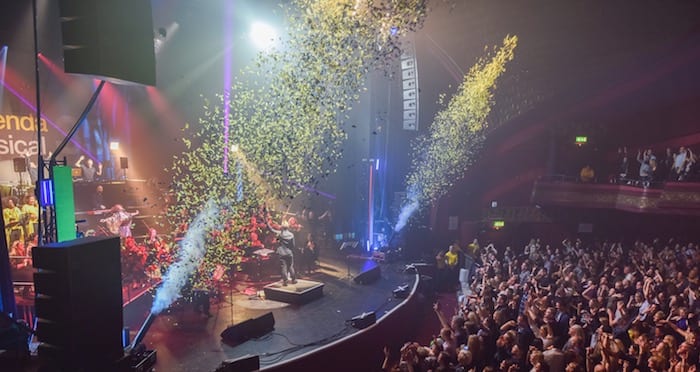 The announcement that the troupe will return for a third year follows a summer of rave reviews, fully sold out shows and festival appearances – including bagging the opening slot on the main stage at the Glastonbury Festival.

“Mike and I are absolutely thrilled at the response to the Haçienda Classical 2017 show,” says Graeme.

“The months of hard work behind the scenes paid off and the reactions have been fantastic. 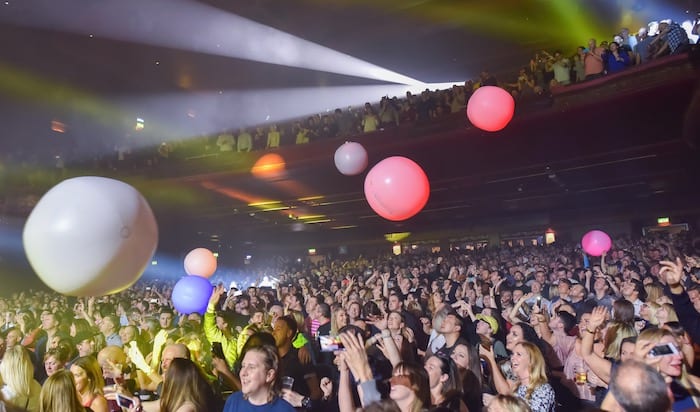 “Everything we learned on last year’s rollercoaster journey has been applied to make the whole experience even more of an inspirational blast.”

The success of Haçienda Classical shows no sign of slowing, if the group’s homecoming performance at the O2 Apollo last Saturday is anything to go by.

What might, in the wrong hands, be something of a clash of sounds, instead comes together in an epic fusion of stomping basslines, sweeping strings and full-bodied vocals. 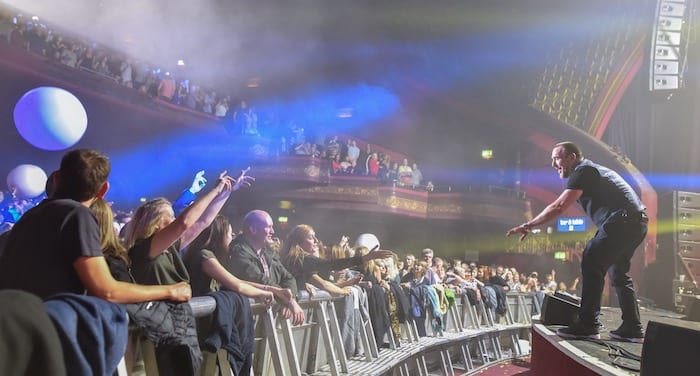 The seamless rave-meets-recital setlist features reimagined versions of cult hits such as Mory Kanté’s Yeke Yeke, combined with club classics that culminate in Rowetta’s You Got the Love, and has even those with a modest musical knowledge moving within the first three minutes.

It also remains to be seen where can i buy ativan in philippines whether veteran ravers will ever tire of that Blue Monday bassline.

Reflecting on the show’s success, musical director Tim Crooks said: “In 2018 we’re refining Haçienda Classical in pursuit of perfection, so will be keeping the very best bits of the last two shows and adding in some new orchestrations of much-loved classic tracks.”

Haçienda Classical draws in seasoned ravers, new-age “musos” and anyone else in between, all lapping up the sophisted evolution of the Hac’s finest exports.

When the first string-synth note kicks in, the whole room comes together – and what makes the experience so special is the palpable enjoyment both on stage and off.

It’s the perfect blend of innovation and nostalgia, exemplified by the chosen gospel choir, AMC, who have performed together since the early nineties.

Audrey Mattis, director of the Manchester-based choir, says of their involvement: “Singing these famous House tunes with the knowledge that Manchester and The Haçienda was at the heart of creating the original sound is an inspirational feeling.

“With the cheering, and the dancing crowds, we really feel like we’re part of a historical moment.

“It’s uplifting to hear the  crowd singing along with us from the minute they hear the intros until the very last note.”

The 2018 show will drop for the first time in Glasgow Saturday 19th May 2018 in the city’s Breaehead Arena, before returning for the homecoming show to Castlefield Arena, Manchester on Saturday 30th June.

Tickets go on sale at 9am on Friday 1 December 2017. Buy them here before they sell out: gigst.rs/haciendac