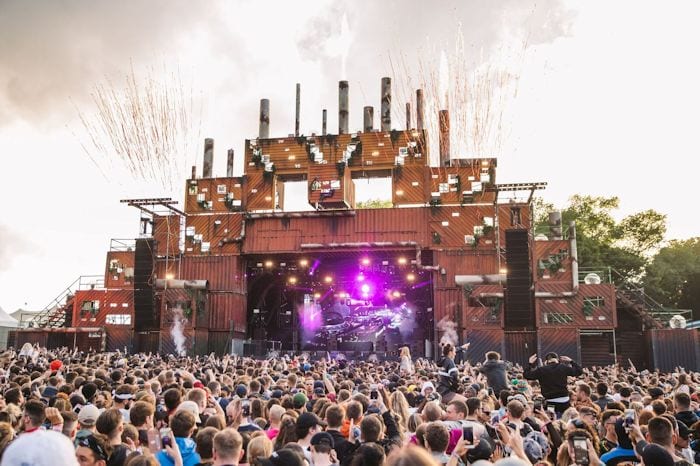 Parklife is back with a line-up like never before. The two-day festival attracts music fans from across the UK to our lovely Heaton Park which comes alive with cracking music, glitter and questionable outfits. There’s something for everyone, no matter what their cup of tea, Yorkshire or Tetley’s.

With so much to see and so little time, nothing beats having an organised festival plan. So let us help you.

Let’s start with the good old indie music that festival goers thrive on. Parklife is renowned for being a festival that offers a huge diversity of music genres, so don’t go expecting it to be full of long haired men with guitars.

If you do like a bit of the old indie singalong, the Parklife Stage is the place to be. On 9th June, The XX headline bringing their enchanting indie pop soul to Heaton Park, showing that there’s more to indie music than someone playing a guitar and singing.

Everyone loves a bit of pop, and the Parklife Stage is where the majority of pop-infused musicians are playing. Lorde will be performing there on 9th June, a must-see even if you don’t dig that art pop movement the kids all talk about.

Jessie Ware will also be performing on the same day and stage, bringing smooth and soulful music to the masses.

BBC Sound of 2018 winner Sigrid will also be performing there on 10th June. The Norwegian born musician is a must-see if you want to see a rising star in the making. Nina Nesbitt’s brand of contemporary folk-pop is recommended if you need a relax between the more upbeat musicians.

Rap/hip hop musicians take over several stages over the weekend. 9th June sees N.E.R.D on the Parklife Stage dusting off tracks from more than 15 years. A$AP Rocky (or A$AP Ricky as Liam Gallagher calls him) is headlining The Valley Stage, a must-see if you really want to lose yourself to some heavy rap tunes.

Earl Sweatshirt will be performing on the same stage earlier in the day, warming up those early birds who are ready to bounce no matter what time it is. Kelela takes over Sounds of The Near Future Stage on 10th June. Known for her distinctive take on R&B, Kelela should be at the top of your list if you want an alternative take the popular genre.

Manchester embraces the current grime scene just like London does and there’s no better place to see grime in action than this year’s Parklife.

Catch Giggs and Bugzy Malone tear apart The Valley Stage on 9th June with heavy tracks that are certain to fill the tent. AJ Tracey performs on The Valley stage, so be ready to sweat in that tent if you are off to watch him. Mercury Prize winner Skepta takes over the Parklife Stage on 10th June before headliner Liam Gallagher. A headliner in his own right, Skepta is certainly one to catch if you want an introduction to the music genre taking over the UK.

Infamous for its dedication to techno and house music, Parklife is the holiday home of some of the most talented DJ’s and musicians around.

Bonobo headlines the Sound of The Near Future Stage on 9th June bringing ambient electronica to the groovers. 10th June brings queen of the airwaves Annie Mac to The Valley Stage, offering a diverse take on techno and house music.

The Palm Stage is the place for techno music, with Nina Kraviz and Jamie XX  two main acts to catch. Gorgon City perform their live tracks on The Hangar Stage, a real treat for people wanting to get to know the basics of techno.

And let’s not forget local heroes The Piccadilly Rats who will be performing on 10th June. Maybe a headline slot for our most treasured band next year?

Seen something you fancy but don’t have a ticket? Cheer up, some tickets are still available.