There’s more bad news on Manchester’s dining scene, as bar and restaurant empire Living Ventures has announced it is set to close upmarket steakhouse Grill on the Alley.

It comes as the group’s Blackhouse Restaurant Limited announced a restructure which sees the immediate closure of its London Grill on the Market and the proposal to shut Grill on the Alley in the city centre.

But the group’s other Manchester Grill, on New York Street, is unaffected.

A statement from the group said: “Blackhouse Restaurants Limited can confirm it is seeking a Company Voluntary Arrangement with its creditors.

“As part of this process we are closing our London restaurant, Grill on the Market, with immediate effect. We are also proposing to close one of our Manchester restaurants, Grill on the Alley, following consultation with staff and ahead of the building’s planned redevelopment by the landlord next year.

“Any customers with reservations in Grill on the Alley who may be affected will be contacted and offered a transfer to our other Manchester restaurant, Grill on New York Street. It is our intention to refund any customer deposits paid in advance for bookings at the two restaurants affected by these plans.

“We are confident that our creditors will support our proposals and following this process we will be in a position to make a success of a smaller but high-quality portfolio.” 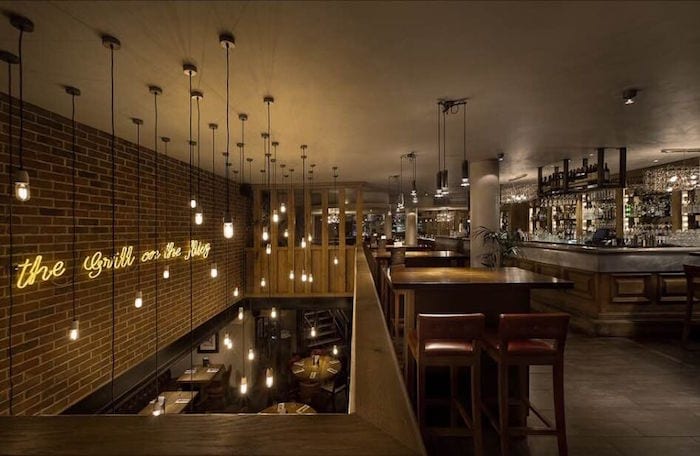 The Grill on the Alley remains open for business on Ridgefield in the city centre this week, with a closure date yet to be confirmed.

CEO Jeremy Roberts said at the time: “Trading at Artisan and Manchester House Bar and Restaurant has been much lower over the summer, and like many other restaurants, we have struggled with balancing rising costs and high rents, together with localised access difficulties.”

Last week saw more casualties of the bar and restaurant slump when the Mark Andrew Developments (MAD) Group went into liquidation, with the closure of a number of popular Northern Quarter bars including Hula, Walrus, Tusk and Rosylee.

Fine dining restaurant The Rabbit, at the top of Urbis, will also close later this month, after Gary Neville and Ryan Giggs’ GG Hospitality announced they are to concentrate on the hotel side of their business.