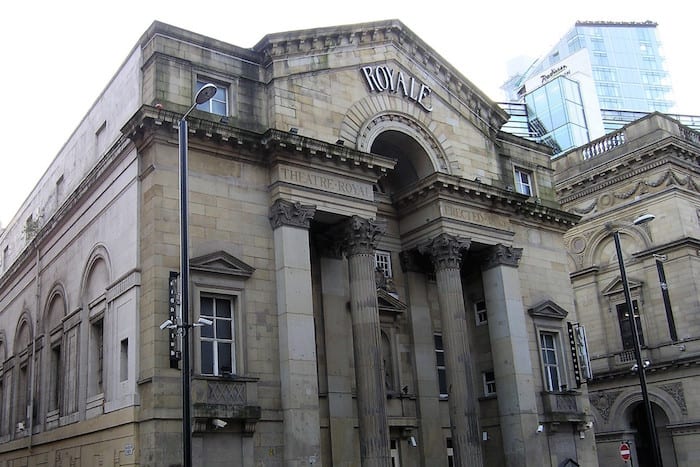 When the Theatres Trust announced the 2020 Theatres at Risk Register, it was revealed that five theatres are under threat of closure, redevelopment or demolition in Greater Manchester.

The theatres at risk are Salford’s Victoria Theatre, Hulme Hippodrome, Tameside Hippodrome in Ashton-Under-Lyne, Theatre Royal Hyde and Theatre Royal Manchester, with a further five theatres named in the northwest in Morecambe, Liverpool, Burnley and Blackpool.

On the surface, this might seem like a depressing outlook, but Claire Appleby, architecture advisor for the Theatres Trust, believes we shouldn’t be disheartened because these beautiful buildings, however dilapidated, are still standing.

“The Theatres Trust [the national advisory public body for theatres] was founded by an Act of Parliament in 1976, but by then, hundreds of important theatres buildings had been demolished,” says Claire.

“A huge number were in city centres, particularly in London, where the sites were valuable for redevelopment, so the fact the buildings still exist in the northwest has got to be positive. They’re at risk, but they’re still there and still have potential and a future.”

The theatres which appear on the register have been assessed according to three criteria – the community value, its architectural value and the risk it faces.

“We look at the local demand and the community love of a theatre and its viability as a performance venue, which means the building must have the potential to be returned to live performances, or at least to community use.

“They don’t have to be listed, but they are theatres we believe are incredibly important and rare survivors of theatre building types, and then we look at the risk to the building fabric, whether it’s because it’s deteriorating greatly, a vacant building that’s fallen into a sorry state of disrepair, or a building that’s operational but under threat.

“It can also be a building that’s partially open and needs significant and substantial restoration work before its future is secure.”

By being on the Risk Register, the aim is to raise public awareness and the campaigns behind the theatres. There are already two very active friends’ groups, for Tameside Hippodrome, and Salford’s Victoria Theatre.

The latter has managed to get funding through the Theatres at Risk Capacity Building Programme to carry out a viability study on the building.

“These are local volunteers who have a passion for their theatre and really want to bring it back for the local community and see it as integral to the locality,” notes Claire.

There is a lot of talk at the moment about how to revitalise our high streets, and theatres can have a valuable role in revitalising areas. One example is Bradford Odeon, which is expected to reopen later this year following investment.

“They did an economic impact assessment on what a reopened Bradford Odeon would mean for Bradford and the amount of additional footfall of people coming to Bradford to see a live performance.

“The fact they’ll probably go for a bite to eat beforehand, have a drink afterwards, might stay overnight, and spend the whole day shopping in town, that’s all thought to generate £10million a year to the local economy,” observes Claire.

“So, investing in these theatres is a way of drawing people back to the high street, and there’s an awful lot that these buildings can do. It’s not just about going to an evening theatre show, they can be open all day to attract people as a community hub.”

When these buildings disappear, we not only lose our architectural heritage, it’s also the social history and a little part of the history of the local community that’s lost forever.

“It’s so easy to walk past a building and see it as a crumbling building and not realise the opportunity and potential that lies behind it. These theatres have a real opportunity to be part of your life once again, so do get involved,” urges Claire.

“Look at the Theatres Trust website to see the theatres at risk and where there are community groups, as there will be links to those. And do get in contact with them because they’re always looking for willing and enthusiastic volunteers to come along and give them a hand.”