An event celebrating the weird and wonderful in a sensational city. 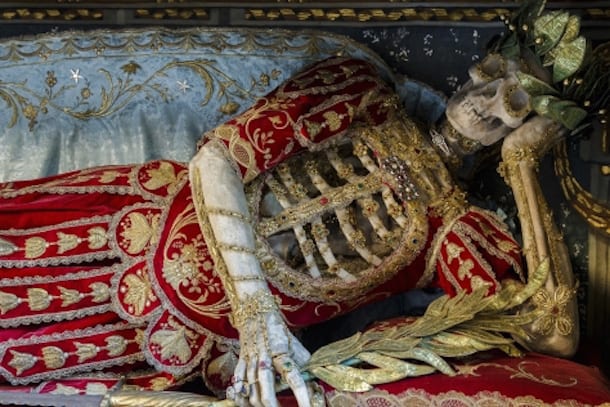 Get ready for an event celebrating the weird and wonderful in a sensational city. The third Gothic Manchester Festival started yesterday and runs right until Halloween so prepare to explore the hidden heart of Manchester like never before, says Emily Oldfield.

You don’t have to be a goth or even know a great deal about the gothic to enjoy the third Gothic Manchester Festival. Just prepare yourself for an enchanting trip into the murky and mysterious you surely won’t forget.

The gothic is a rich area to explore. It’s much more than characters like Frankenstein and Dracula and encompasses many aspects of culture from architecture to literature.

“The gothic isn’t a genre like the western or the romcom,” says festival organiser, Dr Linnie Blake. “It’s a mode, a stylistic influence and way of looking at the world that pervades all aspects of popular culture. From the eighteenth century onwards, the gothic has brought us outlandish tales of evil villains, hideous monsters and questing heroes and heroines!”

Whether you like horror films or scary stories, enjoy collecting antiques or searching for secret spaces, Manchester is the city to celebrate it. But why Manchester?

“Manchester’s history, architecture and countercultural spirit make it a prime candidate for a festival designed to explore the alternative dark side of the city and to revel in its secrets,” according to Dr Xavier Reyes, one of the festival’s co-founders.

“The festival has always meant to tread the delicate line between the informative and the fun, and to bring the research we carry out at the Gothic Centre and at Manchester Metropolitan University to a wider, discerning audience. This is why I think it has resonated with Mancunians: the events consistently offer new, interesting and different windows into the city we think we know.”

Scratch the surface and you will find that the city has a much darker and more sinister past than you might think and there’s plenty to explore – if you dare! Manchester is known for its neo-gothic buildings –think twisted spires, dark corridors and vaulted ceilings – born at a time of manufacture and grime, when architects wanted to break away from unfeeling industry and produce designs which elicited deep emotion. The gothic not only explores these contrasts but others too – good and evil, man and monster, darkness and light. The theme binding them all is an important one- looking beyond the surface and delving into the dark.

And there certainly is plenty to get your teeth into. The flavour of gothic is served up to you on the streets, in museums, pubs, clubs and even a spectacular steampunk event.

The line-up for this year’s festival includes the ArA experience – the ultimate gothic get-together and club night in the Sacred Trinity Church on Chapel Street – whilst horror-junkies can feast their eyes on the best scary flicks on October 24th when there is a screening of a double bill of films by legendary Hollywood horror producer Brian Yuzna. On Sunday there is an underground tour of the city. This is just a selection of what’s in store. For more information on the festival visit: