Could the #GlazersOut campaign be the beginning of the end for Man Utd’s owners? 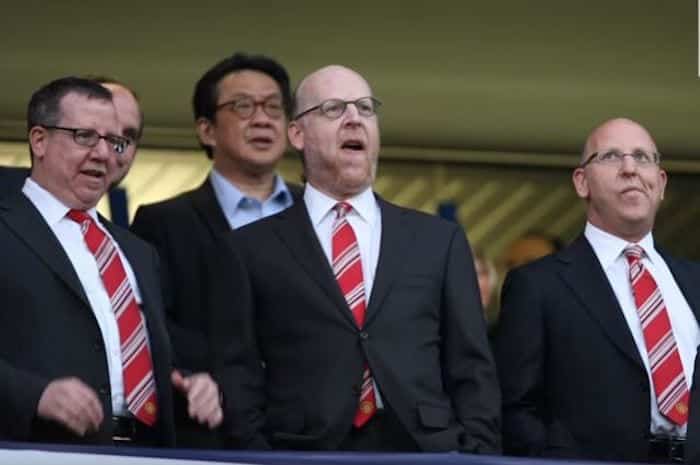 And so it begins.

We heard rumblings towards the end of last season of dissent in the stands towards the Glazer family and their puppet Ed Woodward, but now we’re beginning to see a bit more substance once again in the anti-Glazer protests.

#GlazersOut really began to gather momentum at the back end of last week, with every single social media post from the club receiving a barrage of anti-Glazer spite including the hashtag. By the end of Thursday it was the top trending topic globally.

We’ve since seen MUTV cancel two shows with planned phone-ins over fears that they’d be overrun with anti-Glazer sentiment. And there’s a protest planned. Check online for details.

Once again, we’re finally seeing some action. And hopefully this will be just the start.

The owners can likely expect a difficult season on the pitch and an uncomfortable one in the stands. They will, however, feel like they’ve been here before. They may well have weathered the green and gold storm nearly a decade ago, but things were different then.

For a start United had Fergie. They were still a dominant force in the Premier League having won three league titles on the bounce from 2007-2009, with a Champions League sandwiched in between.

They had world famous players who actually wowed supporters on the pitch, not just on Twitter and Insta.

A little bad publicity didn’t really hurt the owners when there was still so much to be enjoyed around the club.

That’s gone now. The club is falling apart at the seams with an overpaid and underperforming squad who already seem further behind the top four than they did at the end of last season.

Most fans might be happy with Ole as manager, but it’s not enough to sustain a fanbase that quite frankly has been massively spoilt over the years. It’s a long way back for United.

Commercial associations with the club might not appear so valuable when every social media post is ransacked by angry fans with an axe to grind – especially when there’s such a well run club achieving great success across town, despite the issues surrounding their owners. B that’s a point for another day.

So, hopefully this is just the beginning. All United fans want the team to do well and want Ole to succeed. But for that to happen he needs to be backed with the right players and a director of football calling the shots rather than an idiot banker.

Best case scenario is for the Glazers to go too.

As long as this doesn’t happen and the Glazers continue with business as usual, it’s time for United fans to stand up and be counted.

But will it make a difference? Will they finally sell up? It’s going to be a very interesting season at Old Trafford.