Great news for shopaholics: getting to intu Trafford Centre is going to get even easier 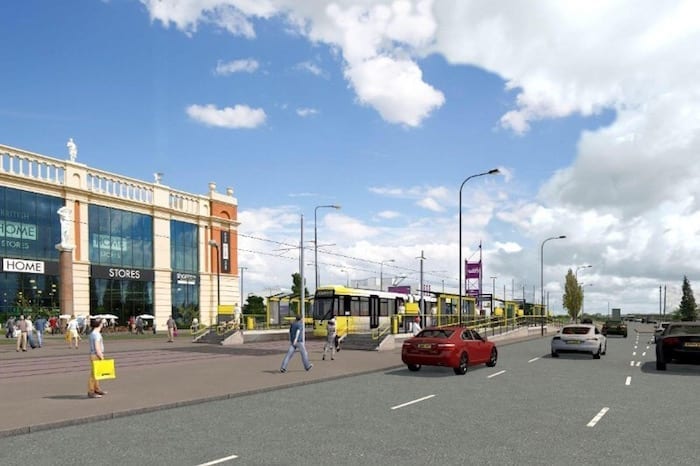 Getting to the second biggest shopping centre in the UK is going to get easier than ever.

Construction is already underway on the new Trafford Park Line, which will extend the Metro from the current Pomona stop through Trafford Park with the terminus at intu Trafford Centre.

There will be six new tram stops along the way. The names are yet to be confirmed, but we can tell you the locations.

First up there’s Wharfside, which will be located next to the Manchester Ship Canal at the edge of Trafford Park, just a stone’s throw from Old Trafford.

There will then be a stop near Imperial War Museum North. You won’t be able to miss this striking aluminium-covered building designed by Daniel Libeskind, with excellent views over the water to MediaCityUK.

The next stop is Village, which will be located on Village Way near Third Avenue.

Then there will be Parkway, which will include a brand new Metrolink Park & Ride with spaces for around 200 vehicles at the Parkway Circle roundabout.

Next is EventCity, with the stop set to be in front of Barton Square offering excellent access to the exhibition space.

The tram will terminate at the intu Trafford Centre where an expanded and refreshed Barton Square is about to gain another 110,000 sq ft of extra retail space, a new glass-domed roof and a fully redesigned interior.

A new Primark store will incorporate space previously occupied by BHS Home and is set to open in 2019. Other brands already in place there include Sea Life Manchester, Legoland Discovery Centre and Next Home.

But don’t be abandoning the bus to intu Trafford Centre yet. Work on the Trafford Park Line began last winter and is expected to last for four years.

It means there’s plenty to look forward to though – with the new Metrolink expected to support greater regeneration and economic growth for the Trafford area. And it’s an excuse for even more shopping. Excellent.