George’s Worsley Launch Party With The Class Of 92

We resisted all temptation to ask Ryan Giggs about Old Trafford... 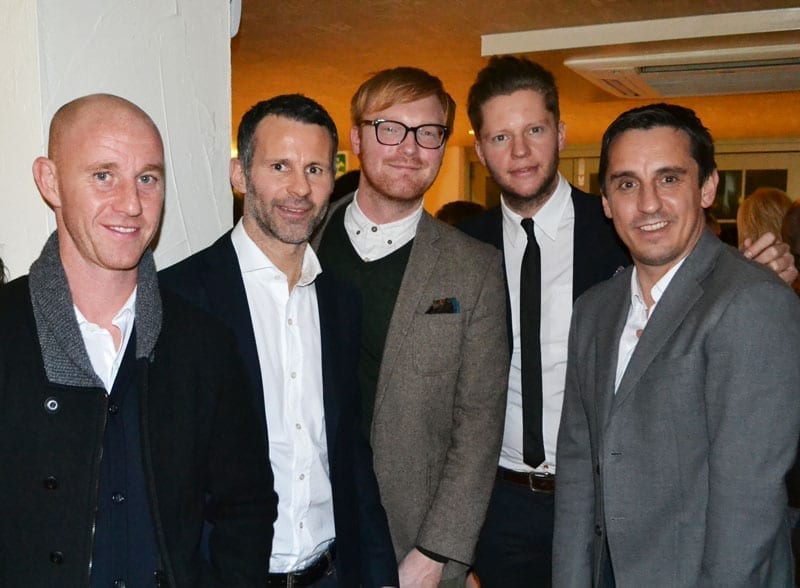 We resisted all temptation to ask Ryan Giggs his opinion on what is going on at Old Trafford when we joined him and his Class of 92 pals at his new restaurant on Thursday night.

Ryan, as we know him as now, was joined by Gary Neville and Nicky Butt, as well as some showbiz friends at George’s Dining Room and Bar in Worsley village. Giggs co-owns the restaurant with two old school mates, Kelvin Gregory and Bernie Taylor. Ryan opened his former high school Moorside High School a few weeks ago with ‘head boy’ pal Kelvin. 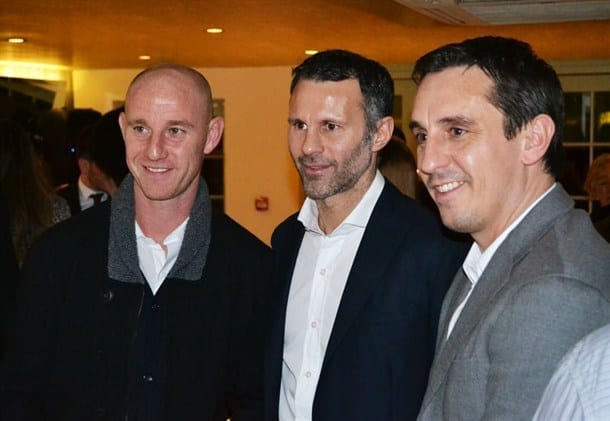 Fellow United legend Bryan Robson was also discretely mixing in the upstairs private room fashioning a Barbour jacket and keeping it real. And a man better known for his time as player and manager on the blue half of the City, Peter Reid.

We were treated to frogs legs, mini burgers, oysters and Malteser flavoured macaroons provided by head chef Andrew Parker who joined in to socialise accompanied by his wife a bit later.

We spoke to George’s interior designer Louise James: “The space of this place was challenging. We took inspiration from the restaurant’s namesake, George Gilbert Scott who was fascinated by the work of medieval goldsmiths and particularly admired the Three Kings Shrine in Cologne and the interior of Sainte Chapelle in Paris. This influence was particularly evident in his design for the Albert Memorial in Kensington Gardens and we referenced his love of gold throughout the restaurant.” 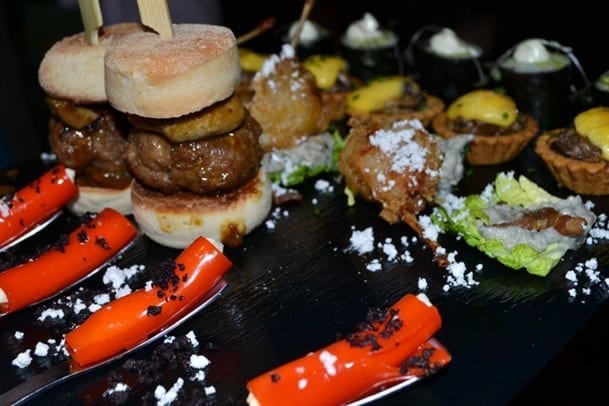 The focus of the night was the comfort and culinary experience of the restaurant so football talk was off the menu. Giggs’ favourite recipe at the restaurant is chicken liver parfait starter as well as ‘just the look’ of the afternoon tea.

The Premier League’s most decorated player joked that he isn’t able to sample too many of the puddings until he hangs up his boots for good – whilst sipping his bottle of Sol.

“I’ve not tasted too many of the desserts. I do have to be careful, but a little treat once a week isn’t a problem” said Giggs. 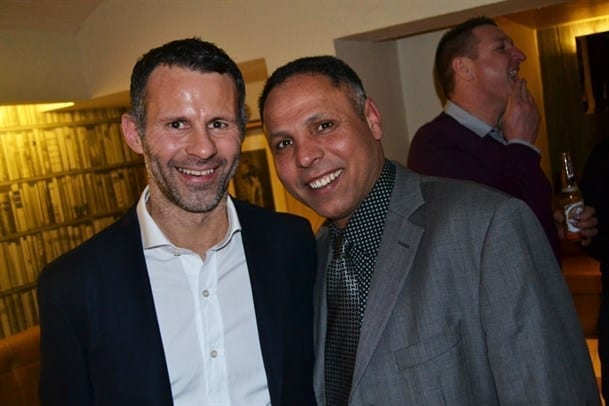 “We’re all local lads and have lived in this area all our lives so we wanted to do something in Worsley and we think we’ve got a really different offering for the area,” Giggs continued.

“We think it’s great for the area, we can all bounce off each other and it all makes Worsley a bit of a foodie destination.”

“Hope to see you again soon…” said Ryan Giggs on our departure. We’re like that *crosses fingers* now.