The club marks its 25th anniversary this year and was formed to give gay and bi guys a safe, welcoming place to play and support football
Share
Tweet
Share
Chat

Manchester’s gay and inclusive football club, Village Manchester FC, has announced the return to training and competitive fixtures on 30th and 31st March 2021 as part of the government’s roadmap of easing COVID-19 restrictions.

The club marks its 25th anniversary this year and was formed to give gay and bi guys a safe, welcoming place to play and support football.

It’s still providing that welcoming environment, but has grown, attracting trans players and also an increasing number of straight allies attracted by the club’s inclusive ethos.

There are four teams covering the full range of abilities. 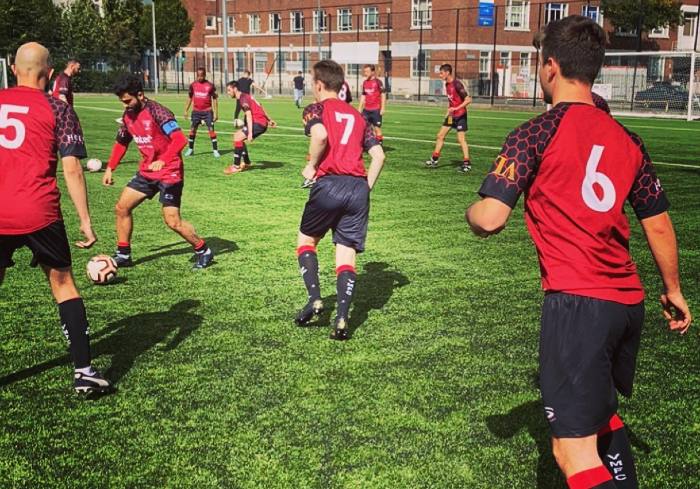 The first and second teams compete in the Lancashire and Cheshire League on Saturday afternoons, whilst the third and fourth teams play in the Manchester Amateur Sunday Football League on Sunday mornings.

They also compete in the national Gay Football Supporters’ Network (GFSN) Cup, which is made up of LGBTQ+ teams from around the country.

The club made it to last year’s Cup final before the first lockdown, which will be played as soon as travel restrictions are lifted.

Training for new players is on Wednesdays at 7pm at Trinity Sports Centre, close to the University of Manchester and MMU.

Training normally consists of a warm-up, some stretches, some football/fitness drills, and usually finishes with a game.

Keen new players can usually be playing in matches within a couple of weeks, and with four league games every weekend, there’s plenty of football for everyone.

To encourage new players to turn up and give training a go, it’s free for your first month.

Matches and training are with full COVID precautions and, because of the lockdowns, this year’s season has been extended into the summer.

Contact VMFC if you are interested in attending training for the first time. New players are welcome and anyone interested should read the information and complete the short form at vmfc.co.uk/new.