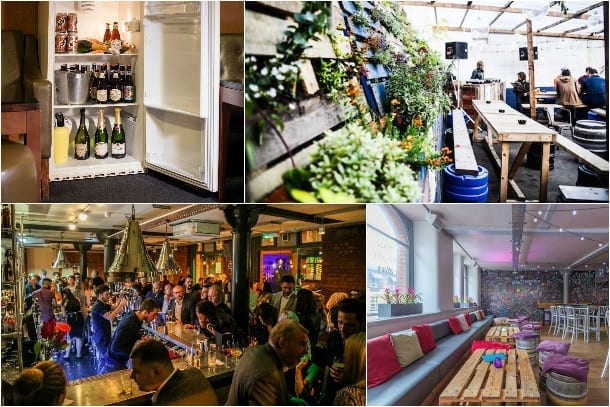 Keep yourself entertained over the May Day Bank Holiday weekend with these events taking place in Manchester including food deals, vintage shopping, brewery openings and an all-night rave. What more could you want?

Boozy Bowling at All Star Lanes 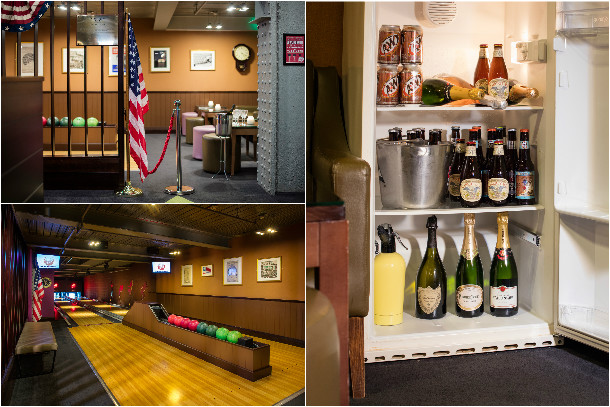 All Star Lanes are hosting a weekend of Boozy Bowling in their private two-lane space from April 30 – May 2. For £35 per person, you’ll have unlimited bowling, drinks and food for two hours. They’ll also be hosting a late night Happy Hour from 9-11pm throughout the weekend and if you bowl more than 125 points in a single game, you and your team will win a round of shots.

The Milton Club are hosting an array of events this Bank Holiday weekend. From a night of urban soul with Steve Sutherland Sessions on Friday through to their legendary Bank Holiday event Odyssey on Sunday with free entry before 12am. They’ll also be hosting their new early evening event Limitless, with free flow drinks and canapés 8pm – 10pm every Friday and Saturday. £20pp for members and guests. How could you resist?

Manchester’s historic hidden gem will host a rare Saturday opening for a family friendly activity day. Along with exploring the stunning medieval buildings and seeing the desk used by Karl Marx, there will also be heraldic calligraphy, bookbinding and colouring from the pages of the library’s catalogue on offer. 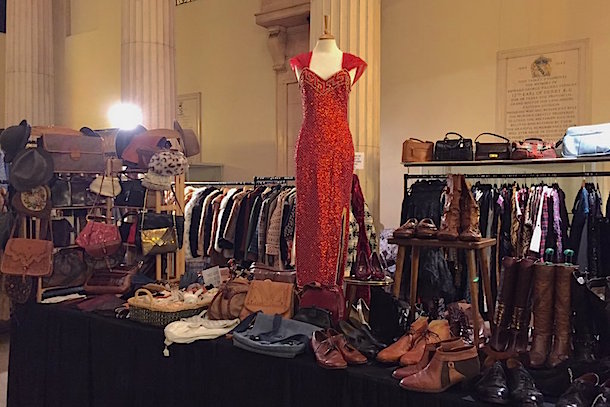 The ground floor of the Freemasons’ Hall on Bridge Street will be taken over by stalls selling retro fashion, homeware and collectables as the event organised by Judy’s Affordable Vintage Fair returns to Manchester. Entry is £2 and there will also be a tea party on offer if you fancy a brew after your shopping.

A breath of fresh air from Urban Cookhouse 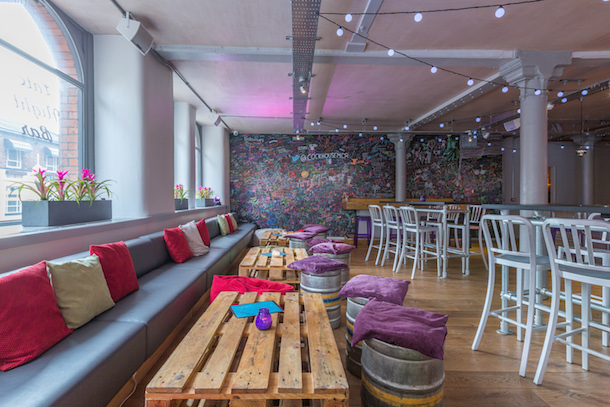 Urban Cookhouse is launching its Sundowners terrace in time for the Bank Holiday weekend as well as offering superb deals. On Bank Holiday Monday it’s half price on food from brunch to dinner and throughout the weekend there’s a free glass of fizz for anyone ordering a full-priced main. On Friday, Saturday and Sunday, bottles of prosecco are £15, two glasses of prosecco are £5, and bottles of wine or two cocktails are £10 from 5pm to 8pm when the sun hits the terrace, with cocktails from just £3.50 throughout the whole Bank Holiday period.

Sounds From The Other City

Taking over Salford’s Chapel Street, SFTOC celebrates new music, art and performance and takes over a variety of venues including churches, old mills and breweries. One of the sure fire highlights is a performance in Salford Cathedral from BBC Philharmonic and Ex-Easter Island Head. A few tickets still available.

May Day! May Day! at The Pen and Pencil

NQ Mad Men-inspired bar will be hosting an all-day party on May 1. Running from midday-2am, it will feature sets from DJ Nathan Burroughs and Larry Sosa. The venue will also be hosting a special one-off Sunday Bottomless Brunch offering unlimited food and drink from 12-4pm (booking required).

Week 53 at The Lowry

Northern Quarter tiki bar Hula will be hosting a range of DJs playing a mix of hip hop, RnB, funk and soul including sets from Gareth Brooks on April 29 and 30. On May 1, a Hula legend will return from London for one night only when DJ Darka hosts a special old-skool party night.

Spend your well-earned day off recovering after this event at Victoria Warehouse. Expect a killer line-up of DJs alongside cutting-edge production and fantastic special effects from 9pm on Sunday May 1 right through until 6am.

Playing all the cheesy tunes you hate to admit to loving, this long-running club night at The Ruby Lounge promises an evening of ‘splendidly curated cack’. Expect 80s pop classics, pop punk, power ballads and much more. 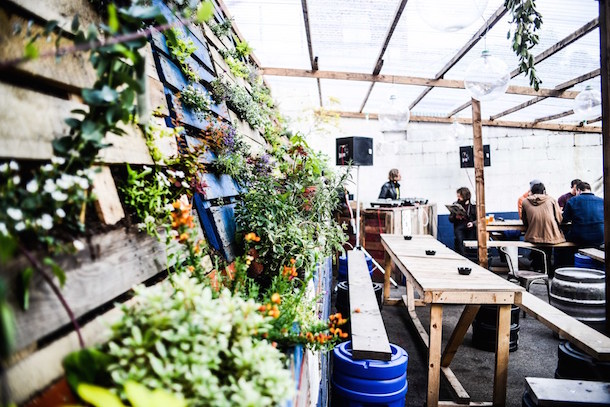 The ever popular Blackjack Brewery Tap returns for the Bank Holiday weekend. Taking place at the brewery in the Green Quarter on April 29 – May 1, expect plenty of beer (along with wine and spirits) alongside street food and sets from local DJs.