A Friday night is a very weird time for a chef... 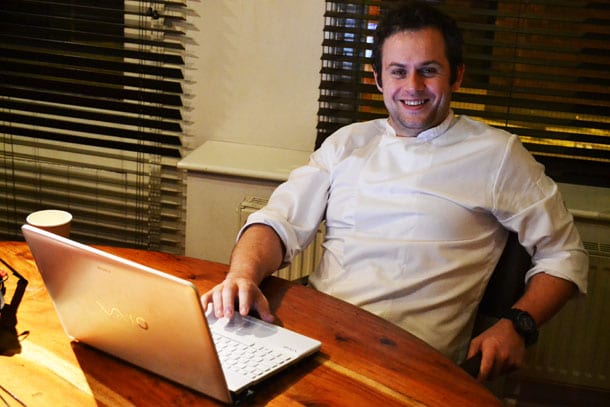 5pm on a Friday night is a very weird time for a chef, it’s neither here nor there. Some chefs are coming in from their breaks, some are finishing for the day, some are stuffing some sort of weird chilli con carne down themselves for staff dinner. All the guests are either finishing off a long (very long) lunch or stragglers of an afternoon wine or two. A quiet, nice but weird atmosphere looms as chefs everywhere mentally prepare themselves for an onslaught of Friday night diners, drinkers and party animals.

“WE ALL END UP IN MOJO’S AT 5 O CLOCK IN THE MORNING DANCING ON THE TABLES ON A SUNDAY, IF YOU DON’T BELIEVE ME, YOU’LL HAVE TO GO HAHA.“

It’s the end of the week and right now we’re staring at the door of the dreaded ‘C’ word… Christmas. In about 2 hours from now Piccadilly train station doors will slide open and were all going to get bombarded with people heading towards the world famous Manchester Christmas Markets for a few cheeky overpriced glasses of mulled wine and a hot dog the size of Berlin!

It’s the busiest time of year for every chef in a restaurant and as much as we all moan about how busy it is, we all secretly love it. Everyone’s spirits are up and everyone’s out for a great time. The moaners that usually whinge about the small trivial pointless stuff because they’ve seen it on ‘Saturday Kitchen’ seem to stay at home wallowing at Christmas, while all the happy people come out and play. 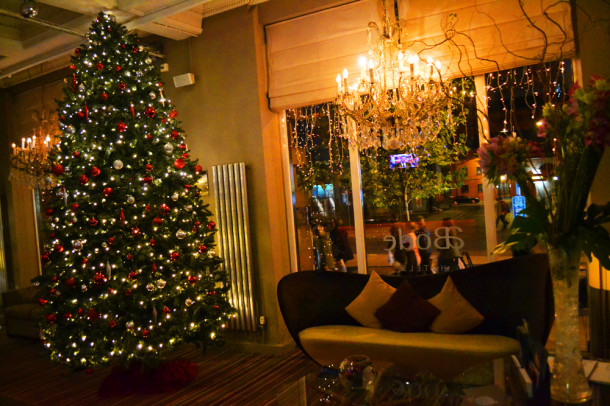 It’s a tough time for us chefs but at Christmas we all seem to drink a hell of a lot more, probably because we can’t get to the markets. And we all end up in Mojo’s at 5 o clock in the morning dancing on the tables on a Sunday, if you don’t believe me, you’ll have to go.

It’s such a great time, especially here at the mighty ABode. Downstairs in the Michael Caines Restaurant they are producing some of the best food and festive menus for miles around,  whilst I upstairs in the Cafe Bar & Grill am smashing out our amazing Love Lunch offer (soup and a manwich for a mere £8), our new festive fixed price menu and an almost ready new al a carte. We are still squeezing in bookings for lunch and evening party as well.

“…IT’S AN AWESOME STEAMED WINTER PUDDING AND LASHING OF CUSTARD WILL MAKE YOU A MODERN DAY HERO WITH YOUR FELLOW FACE STUFFERS… AND YOUR GRAN.”

So as per usual I need to give you a recipe (just to make this a food column), and it’s Figgy Puddin’. Don’t sniff ya nose up, it’s an awesome steamed winter pudding and lashing of custard will make you a modern day hero with your fellow face stuffers… and your gran.

Grease up some pudding moulds.

Roughly chop 250g of the figs and set aside. Put the remaining figs, butter and brandy into a food processor and whizz until smooth-ish, then scrape into your largest mixing bowl. Tip in the chopped figs, mixed vine fruits, grated apple, sugars, breadcrumbs, flour and allspice. Stir everything together, allowing as many helpers to give a stir and adding as many wishes as you like. Divide between the pudding bowls and smooth the surfaces.

Wrap them tightly in cling.

Place them in a tray with some water in the bottom and foil over the top of the tray.

When you take these bad boys out the oven be careful, a lot of steam will rise out the tray.

Enjoy the parties wherever you are and stay safe.