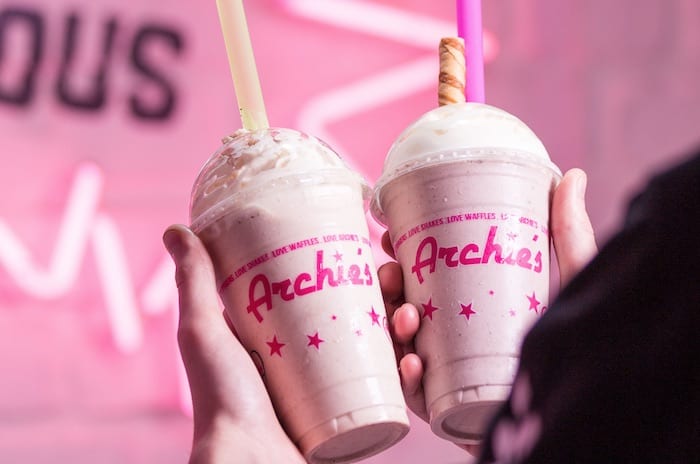 Archie’s has become the go-to venue for sweet-toothed Mancunians and celebrities alike.

The American-style milkshake diner opened on Oxford Road in 2010, followed by a second three years later. Then in 2016 it launched in Liverpool, followed by a site inside  Birmingham Selfridges in 2017. And there are three more in the pipeline.

Archie’s is the brainchild of the Rafiq brothers – Amer, the eldest, and siblings Imran, Asim and Irfan. And it all started in a car wash on Cheetham Hill.

“Archie’s first opened in 2010, but the concept came in 2007,” Amer told us. “After we secured the site, it took us three years to develop the brand before we officially opened. It took us a long time to really create how we wanted it.

“We started off with a car wash that we all ran together in Cheetham Hill – and then in turn that funded the first Archie’s, an entirely new industry for us. And from there the business grew organically.” 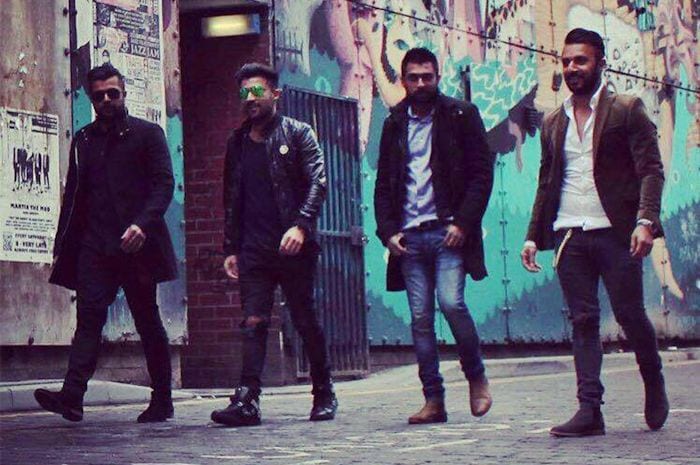 Amer puts the success and growth of the business down to three key things.

“When we launched in 2010, social media was just getting big, Facebook was big back then, but Instagram had just been launched so we got in early. That was a key success for the business. And the fact that it’s a unique, quirky place where people like to hang out serving amazing food and desserts unlike any other venue.”

Finally, the countless celebrity endorsements Archie’s has received over the years have cemented Archie’s as a go-to destination for the younger generation in need of some sweet treats.

The first celebrity to visit was American rapper Nas. Now, whenever a big celebrity is in town, they’ll get a call asking if they can visit.

“I think the biggest person we’ve ever had in here is probably Floyd Mayweather. But we’ve had Conor McGregor, Rita Ora, Neyo, The Game, Dynamo, Pia Mia – and we recently had comedian Kevin Hart visit with footballer Joe Hart.

“When celebs come in it tends to be a lastminute.com situation – they ring us up and come down 20 minutes later. So the lucky customers that are in the right place at the right time, get to meet them.”

Some lucky celebs get to design their own shakes which Archie’s add to the menu. 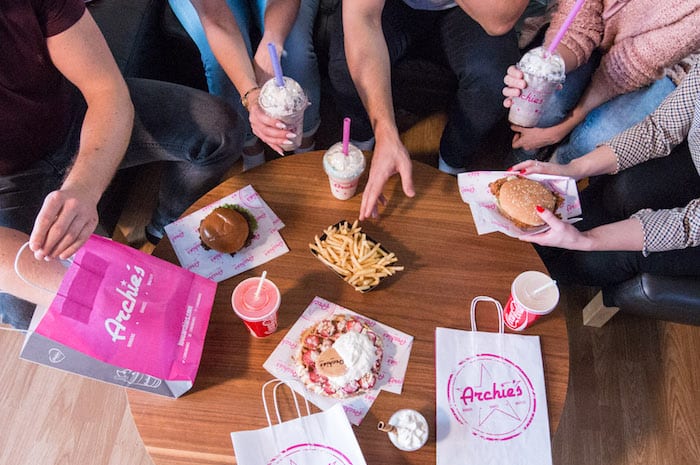 “They get behind the counter and choose whatever ingredients they like. Customers love it that they know their favourite celebs have been in and created their own signature shakes.”

The best is yet to come for the business, with new sites opening in the Manchester Arndale and Piccadilly Station soon.

“Opening up inside the Arndale and also at Piccadilly Station is a big achievement for us. We’ve been asking for a site in the Arndale for some time now. They came back to us last year with the offer so we jumped at the chance. Our Arndale site is due to open in February and the Piccadilly site should be opening around May this year.”

But that’s not all. The brothers are planning on taking Archie’s stateside with the backing of some huge US celebrities – but they’re keeping tight lipped on who they are working with for the moment.

“We’ve got a huge opportunity to go abroad to L.A with some big celebrity interest. We’re just trying to pick the right site. It’s probably going to be early next year before we get anywhere with it but it’s in the pipeline.”

And it’s nice to know that Archie’s heart is in the right place – the brand works with local charities through the Archie’s Foundation.

“About two years ago we set up the Archie’s Foundation to give back to the community. The first charity we ever teamed up with was Manchester Children’s Hospital. The children designed their own milkshakes and we selected two and sold them in store. We raised just over £2,000 for the hospital.”

Amer believes that if it wasn’t for Manchester, Archie’s wouldn’t be where it is today.

“Manchester is such a diverse city. Our customer profile is crazy. It’s so diverse it’s amazing. I think the key with Archie’s success was definitely setting up in Manchester.”