The fringe play that puts Manchester in the spotlight

Short Scenes About Manchester does exactly what it says on the tin. It explores what it means to be Mancunian, so expect to laugh, cry and maybe enlightened. It covers history, folklore and recent events, and turns a stage show into a shared experience.

The play is written by Keziah Lockwood and brought to you by local company Grand Dame Theatre, created by Sam Hart. We spoke to them ahead of the production.

Short Scenes About Manchester is inspired by events that have happened in the city. How far back does this go?

Our performance begins with mill workers in the Industrial Revolution. This is depicted through movement to sound on stage. We then take the audience through to the time of the great Mancunian Emmeline Pankhurst and her struggle for women’s suffrage. Both the Industrial Revolution and the era of the suffragettes are profound historical moments in this city’s history.

It then takes on a much more contemporary feel as we are propelled into 2017 Manchester where our scenes are aimed to depict everyday life. From footy scenes at Old Trafford to the homeless in Piccadilly Gardens, the piece is giving a snapshot of life in our city. 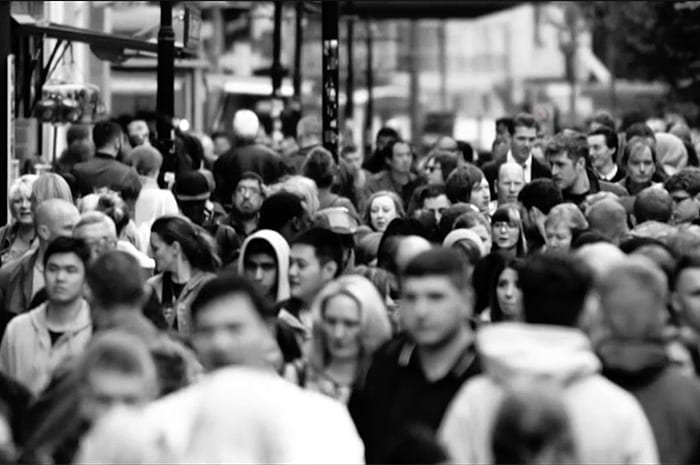 Our piece is almost like a mirror reflecting on happier times as well as the tragic events that have rocked Manchester.

How did you choose the scenes?

It was a real struggle to choose the stories for this piece as there are just so many! But knowing we only had 60 minutes on stage to depict as much as we could, we had to make those tough choices.

We eventually decided to touch lightly on the history of Manchester and focus on the here and now.

The cast and crew did some research and looked into some local newspapers to get some ideas. This is what inspired some of our scenes. From spooky shenanigans at Manchester Airport’s Terminal 2 to a mother who cannot afford the shopping, to Vote Leave campaigners on Market Street. It’s all based on research, word of mouth stories or from personal experience.

The blurb says this is a relaxed performance. What does this mean?

This show has been created to give the feel of relaxed performances. There are a number of practical things that Grand Dame Theatre Company can do to make our performances more inclusive.

Firstly, there are standard seats available for the performance but there are also beds in the venue which may be more comfortable for some audience members. This show will also be signed by a qualified British Sign Language interpreter for the deaf and hard of hearing.

Much of the show is based on movement to music/sound too so there is something visually for audience members to focus on. We’ve thought about not only the deaf/hard of hearing but also anyone who may have special requirements – for example, people on the autistic spectrum who would otherwise find attending a traditional theatre difficult.

What is it about theatre that connects well with a cityscape like Manchester?

Manchester’s cityscape is incredibly interesting because of its variety.  The stark contrast between the glass Beetham Tower to the weathered council estates on the suburbs is bound to inspire creatives.

Manchester’s theatre boom is well under way and it’s not surprising considering the huge variety of characters and backdrops this city has to offer. If Manchester was an actor, they would be uber versatile, able to play any character in any situation. Many of our scenes are based in towns in the Greater Manchester area so it’s important to remember that Manchester is not just its city centre.

Would you say there has been a defining event in Manchester’s history?

The Industrial Revolution shaped Manchester as we see it today. I can’t imagine what it would have been like for local people to see the change going on during that time. The huge chimneys, the exploitation of the poor and the huge general change in the nation must have been awe inspiring. I do, however, think it is unfair to define Manchester by any single one event or story.

The beautiful thing about this city is that it is made up of so many stories, events and people. The people of Manchester are what ultimately make this city what it is, because without them, what would it be?