Manchester to give more free homes to rough sleepers

Figures released last week show the number of people living on our streets nationally has risen by 15%. In Greater Manchester, the number of homeless people has increased by 42%.

Greater Manchester mayor Andy Burnham has called it ‘a humanitarian crisis’. So what is he doing about it?

One of the manifesto pledges on which he was elected last year was to put an end to rough sleeping by 2020. 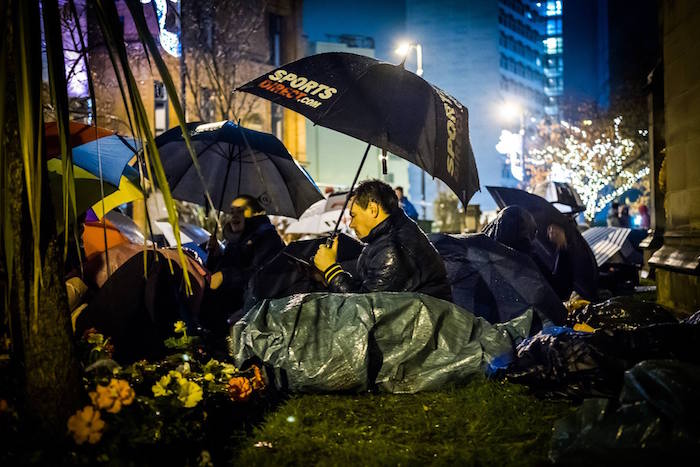 As his first act as mayor, he established the Greater Manchester Mayor’s Homelessness Fund. And, unusually for a politician, he put his money where his mouth is and donated 15% of his salary to kickstart it.

More than £135,000 has been raised so far to support a variety of projects to help homeless people, including a new shelter on Cheetham Hill.

Faced with the huge increase in homelessness, Mr Burnham is intensifying his efforts to tackle the homelessness crisis.

Greater Manchester is now the first major metropolitan area in the country where emergency help is available to rough sleepers as soon as the temperature drops below zero.

And hundreds more rough sleepers will have the chance to start a new life in homes made available for one year by 15 of Greater Manchester’s housing providers and two private rented sector partners, thanks to the Housing First programme.

The Greater Manchester Homes Partnership works with people who have regularly slept rough over the past two years and/or are well known to homelessness services.

“We have made a start to helping those who need it most, but these new places will enable us to deal with the scale of this growing problem,” said Mr Burnham.

In a separate development, a new business network is being launched which will make it easier for Greater Manchester businesses to contribute to the growing city-wide campaign to end rough sleeping.

And new funding of at least £7 million covering the next three years has been secured to help people across Greater Manchester, bringing the total investment in the city-region to approximately £9 million.

“These new figures show that Manchester, like all cities, is facing a growing challenge. But while the figures are getting worse, our response is getting better,” he said.

“Greater Manchester is pulling together and the fact that our businesses are joining the fight will help us go up a gear. Nowhere else are public, private, voluntary and faith organisations pulling together in this way to tackle one such an important issue.”

In his New Year’s message he wrote: “In 2017, the world finally woke up to the humanitarian crisis unfolding on our streets. In 2018, people will rightly want to see urgent and tangible action to improve the situation.”

Some politicians have a habit of promising everything and delivering very little. Andy Burnham clearly isn’t one of them.

Make a donation to the Mayor’s Homelessness Fund…