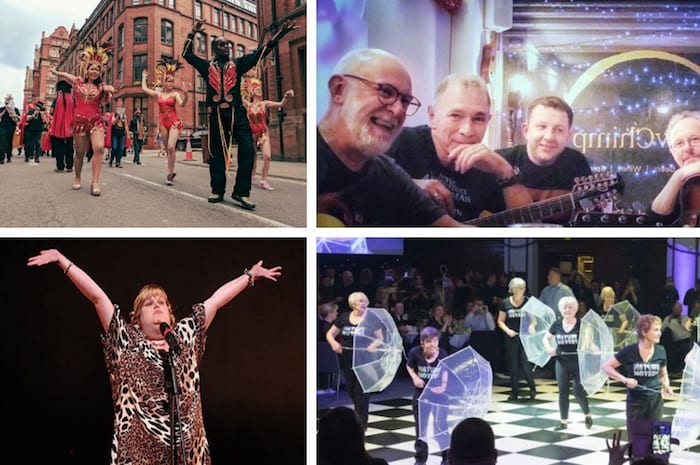 They’ll be kicking off their celebrations with a Big Birthday Party on Friday 7th February at The Principal Manchester.

As well as hoping to raise in excess of £70,000 at the event, Forever Manchester will also be shining a spotlight on those people who give up their precious time to run the local grassroots community projects that help make our neighbourhoods happier and safer places.

Forever Manchester has given 100 complimentary tickets to people who are actively involved in organising community activities in their local area.

As part of the evening’s Awards Ceremony, three awards will be given to groups and individuals which have:

• Made a meaningful and significant impact in their local community;
• Formed a new project or put on an activity that brings people together; or
• Done something extraordinary by supporting their community over a long period of time.

And that’s not all.

The Forever Manchester Birthday Party will also provide an opportunity to showcase some great community-based entertainment, featuring performances from:

The Manchester School of Samba, formed in 1995, has 50+ fully fledged members including dancers and drummers. Focusing on Brazilian Carnival Art forms, and teaching rhythms and dances from different parts of Brazil, the group provides an opportunity for those present to make new friends, build their knowledge and strengths and be inspired.

Carly Ryan from Stepping Stones Across the Spectrum, an organisation which aims to raise the level of awareness of autism, Asperger’s Syndrome and other related conditions. Carly is recognised as an accomplished singer on the autistic spectrum, she has performed across the UK and starred in the BBC3 TV series Autistic Superstars. She has also appeared twice at the prestigious “The Genius of Autism” events in New York including a performance at the world famous Carnegie Hall.

Mature Movers offer a unique performance experience combining music, dance and even a twist of comedy that has made them a unique and regular attraction at many local events in and around the Salford area. Based in Eccles, they started out in 2004 as an exercise class for over 50’s before a new teacher, Martina Coggins took them in a different direction and the ladies began to learn a few simple dance routines. Their first performance was at The Met Theatre in Bury and after a quick drink in Yates’, stars were born!

The Brew Chimp Boys are a group of guys who play acoustic guitars to great effect with infectious results! They represent a great example of just what can happen when local people are drawn together through shared passions and common interests, and the wider impact this can have on others. They are another great example of the magic that Forever Manchester strives to encourage through its ongoing support and promotion of its local communities.

The Birthday Party will be hosted by Tony Walsh, famous for his poem This is The Place  which he wrote for Forever Manchester in 2012.

The night will close with a DJ set from Clint Boon, who rose to fame as keyboard player of Inspiral Carpets.

Tickets are priced at £100 each (£1,000 for a table of 10) and include:
• A welcome drink on arrival (from 6pm).
• Three-course set menu (from 7.30pm).
• Awards ceremony with entertainment from local community groups.
• Special guest host, Tony Walsh to guide you through the evening.
• Headline performance and special guest DJ Clint Boon.

Tickets for the Forever Manchester Birthday Party can be ordered by emailing marketing@forevermanchester.com

All profits from ticket sales will be reinvested in communities across Greater Manchester.