For the price of a studio in London you can rent this duplex in Manchester!

Lengthy and packed public transport, high priced property and exorbitant living costs are just a few of the gripes and groans we hear on a regular basis from those ‘living it up’ in the big smoke. Why put up with it? Not only was Manchester voted Most Livable City in the UK in the 2013 Economist Intelligence Unit Survey, the people are nicer, everything is close by and your rent won’t make you go bankrupt!

You can rent a duplex or even a penthouse apartment for the price of a ground floor studio in London, with prices more than 50% cheaper in Manchester than in the capital. A friend who works at the BBC recently traded a one-bed flat in Earl’s Court for a 4-bed house in Didsbury and still had a bit left over on his rent.

The cost of living in general is a whole 40% cheaper than London, meaning you (should) always have leftover wages at the end of the month.

Live on the Edge in Manchester City Centre 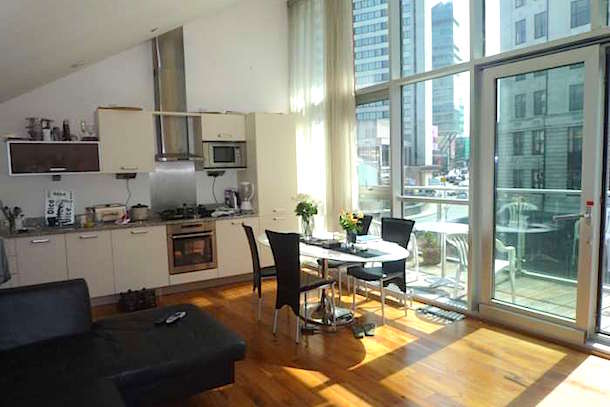 This two bedroom duplex apartment in Manchester City Centre is only £1300 and situated just seconds from Deansgate. Furnished to the highest standard, with a spacious bathroom, an open plan lounge and kitchen area and an incredible balcony overlooking the river. The kitchen runs along the left-hand wall and has fully integrated appliances and storage space. The room has double heightened floor to ceiling windows which flood the room with light.

18 Stories at the Skyline 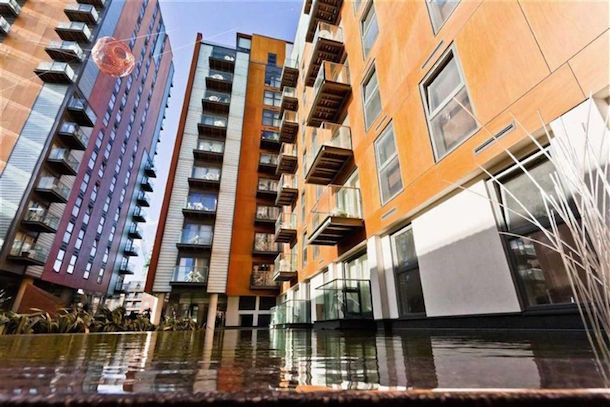 This two bedroom unit at the Skyline development has everything you need! Fully furnished on the 5th floor, the apartment hosts a modern bathroom, a fully fitted kitchen and a balcony! Skyline is the second development by West Residential (they also run the Luminere Buiding on City Road East) and it resides on the edge of the Northern Quarter. The building itself is 18 stories high with the final floor consisting of a 20 metre swimming pool! The development also offers a gym, concierge, laundry and housekeeping services! 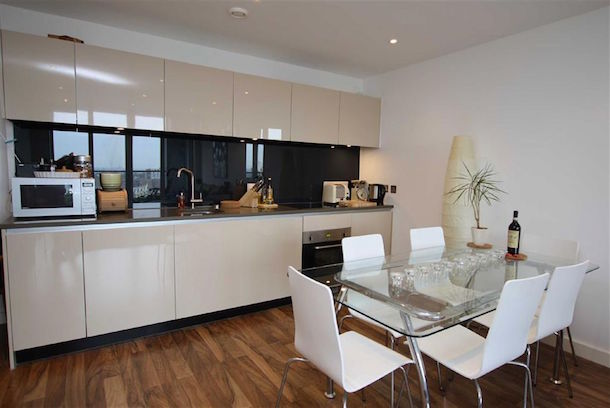 This beautifully presented two bedroom apartment is situated on the 6th floor of the stunning Milliners Wharf in Ancoats, one of Manchester’s most up and coming areas. Enjoy stunning triple aspect views, car parking and two balconies. The apartment is also fully furnished with the up most sense of style and is kitted out with ultra modern kitchen and bathroom fixtures.

What are you waiting for?!