First look at The Alchemist’s new summer menu: eclectic, fusion and casual with knobs on 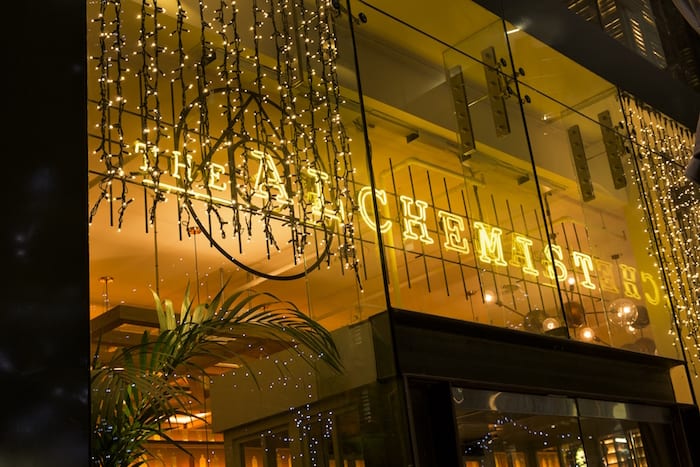 Back in the Middle Ages, the alchemist turned base metal into gold.

Here in 21st century Manchester, The Alchemist – arguably the hippest brand in Living Ventures’ portfolio of restaurant groups – turns fashion into food. And then into gold.

Into the melting pot of The Alchemist’s new summer menu has been cast a raft of the most bang-on-trend ingredients. It’s Pacific Rim meets Mediterranean fringe topped by a Mexican sombrero, with a liberal dusting of the veggie and the vegan.

And you eat a good deal of it with your fingers. Is cutlery about to go the way of floppy disks, audio cassettes and video tape recorders? 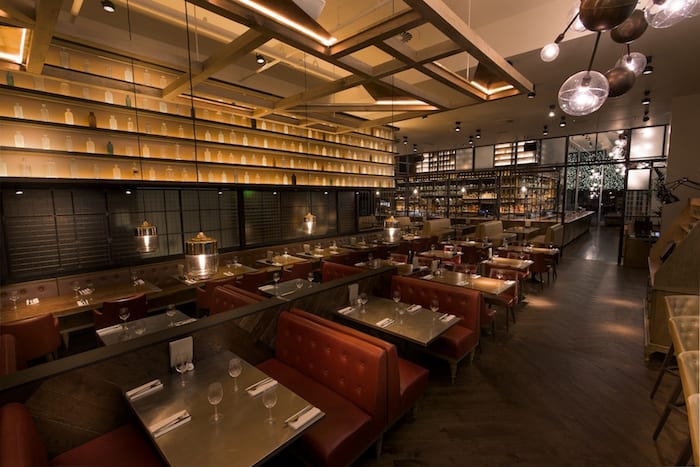 There are now more than a dozen branches of The Alchemist from London to Glasgow and many points in between, including the spectacular waterside location at MediaCity. But we got a first taste of the new summer menu in the hugely popular restaurant occupying prime position with copious outside seating in Spinningfields.

The menu is divided into a pre-noon Breakfast & Brunch selection; Nibbles; Starters & Sharers; Main Events and Afters. There’s also a “To Have & To Hold” section – aka dishes served betwixt buns, breads, bloomers and wraps.

The offer is eclectic, fusion and casual with knobs on.

New to the nibbles list you’ll find salt and pepper pork crackling and warm ciabatta with oil and balsamic listed alongside the finger licking’ popcorn chicken, “popquorn”, pork bon bons and mac & cheese bites with, variously, sriracha or chipotle mayo, all for around £4 – £5. 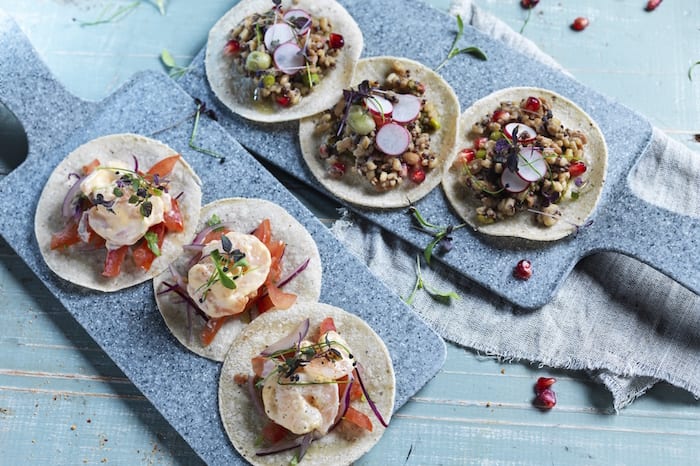 Here were Thai chilli-spiced prawns with slivers of soft red onions and micro salad decoration served Mexican-style on a trio of floury tostadas. Obviously I rolled them up and ate them by hand; very nice too.

“To have and to hold”, sandwiched on the menu between the starters and mains are, appropriately, sandwiches. The choice includes burgers featuring beef, chicken or Cajun halloumi (see what I mean? Louisiana meets Cyprus) at around £8.50 with a selection of toppings charged extra.

New for summer is the Moroccan spiced vegetable wrap with houmous and harissa (£8.75); chicken, bacon and avocado bloomer (£10); and breaded haddock sandwich with red onion, cucumber and ketchup ((£9.25). There’s also the classic Philly cheesesteak sandwich, speciality of the American restaurant chain Hooters where waitresses tend to be clad in the most politically incorrect outfits imaginable. If there’s anything left to imagine.

The Philly refers to the city of Philadelphia, not the soft cheese by the way, where the combination of sliced steak, melted cheese, sautéed peppers and red onions is served on a roll – in this case a toasted ciabatta – was invented. Allegedly. But anyway, what’s not to like for £11.50? I passed on the fries (skin on/salt and pepper/sweet potato) and had it with a fresh, simple house salad. 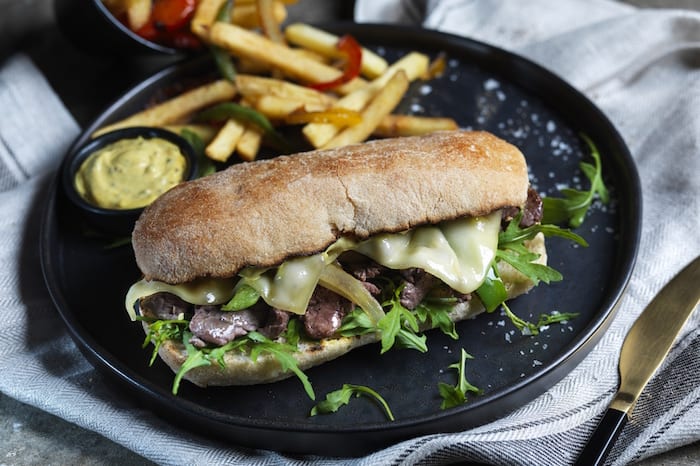 Two of the three newcomers on the summer menu are vegan, reflecting a growing trend: full-on and fragrant Keralan chickpea curry with cauliflower “rice” and shawarma cauliflower “steak” with mixed grain salad and harissa yogurt.

New to one of the most popular and comprehensive cocktail lists in town is “Garden” (£8): Tanqueray gin with pink grapefruit and citrus topped by a refreshing, harmonious and textured elderflower foam.

The wine list is shorter but bang on trend with rising international stars like Albarino, viognier, Gavi, Barbera and, of course, the red of the moment, malbec.