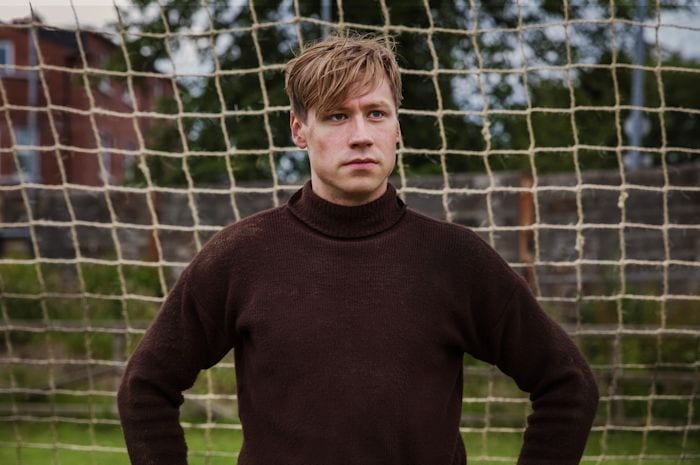 Manchester City have had a number of fine goalkeepers take their position between the goalposts, none greater than Bert Trautmann.

A German paratrooper who was awarded the Iron Cross, captured and held in a Lancashire POW camp during the war, he declined the opportunity to return to his home country and opted to settle in this country instead.

Despite receiving a ferocious backlash from the British public for his part in the war, he went on to make 545 appearances for the club from 1949-1964, most famously an incredible performance in the 1956 FA Cup Final when he suffered a broken neck but remained on the pitch for the final seventeen minutes to help secure victory.

“My decision to stay in England when peace returned was the right one,” he once told Eddie McIlwaine of the Belfast Telegraph. “It was difficult in the early days,” he once told me. “But right from my time as a PoW, I had a good impression of Manchester and its people.”

The Keeper is a new film directed by Marcus H. Rosenmüller about the City legend’s life and experiences. 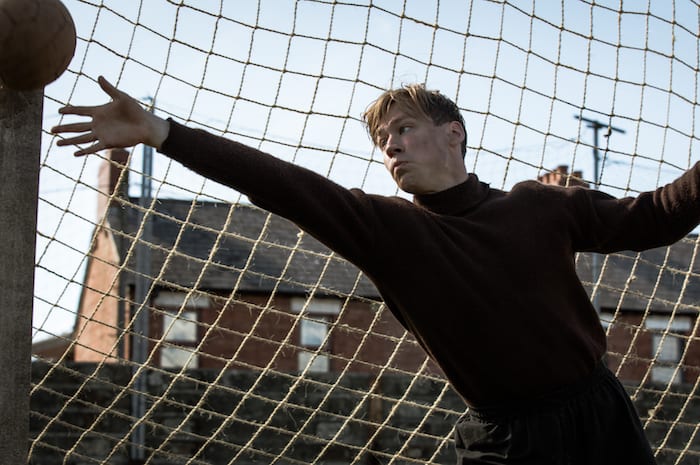 This isn’t your typical football film. The script is based on several interviews director Marcus H. Rosenmüller had with Bert at his home in Spain just months before he died in 2013.

Rosenmüller focuses on Bert’s relationship with Margaret Friar and his experiences as a German soldier as well as the football.

“Bert was also very keen that the film would not solely focus on that famous game where he broke his neck and would explore the variety of other factors, influences and experiences of both his life and those around him,” Rosenmüller told me.

“I tried to focus the film with an attitude or theme, one of forgiveness and reconciliation. With all the football scenes I realised it can’t always be the football that really holds attention.

“We had to add at each football scene some kind of other emotion, an example of that is the scene where he is dancing in goal during a game.”

David Kross does a fantastic job as Trautmann, portraying a man struggling to come to terms with a past he can’t outrun, giving him a good balance of blind determination, sense of humour and quiet charm. 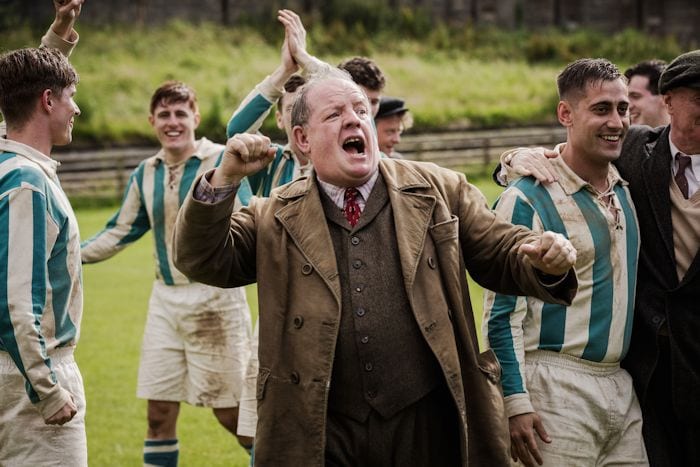 City fan John Henshaw plays Jack Friar, the man who discovers Trautmann whilst delivering meat to the Lancashire prisoner of war camp where Trautmann was held.

Friar is also the coach of a non-league side and gets approval to take Trautmann out of the camp to play in matches, providing a moment of comedy when he introduces Trautmann to his teammates as Bert from Bradford who has lost his voice.

Trautmann turns down the opportunity to return home following the end of the war and end up forging a new life in England, marrying Jack’s daughter Margaret and being discovered by Manchester City.

Supporters were outraged at the signing and both he and Margaret had to navigate the extreme backlash from all directions due to his nationality and the part he played in the war. 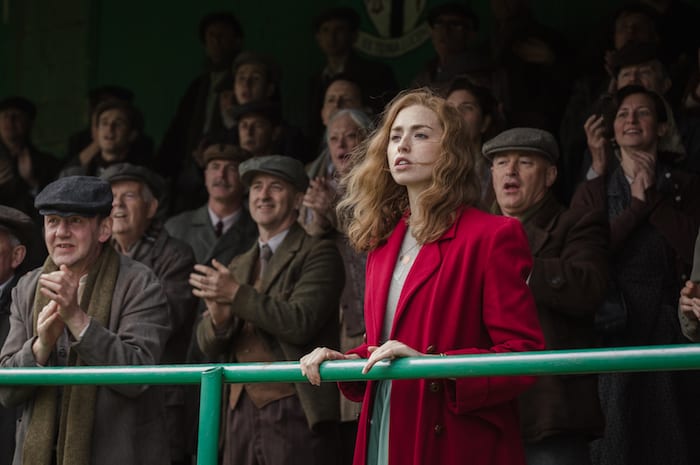 Freya Mavor delivers an excellent performance as Margaret, the strong minded and determined woman who was extremely vocal in her support for Bert in the face of overwhelming hatred and helps him overcome his past.

Mavor enjoyed playing such a bold and strong character.

“She was obviously someone who is insanely bold and courageous to do something like that at that time would have been utterly shocking,” she told me.

“She’d have lost so many friends, and acquaintances would have turned their back on her because it would have been seen as a betrayal.

“It would have taken a lot of courage but I think that’s absolutely who she was and it’s brilliant to play someone who was that bold.”

As that hatred slowly turns to adulation and the forgiveness and acceptance Trautmann and his wife craved, fate twists the knife again as their relationship is put to the ultimate test.

The Keeper is due for release on April 5th.