This outsider artist from Gorton has published a book documenting lockdown 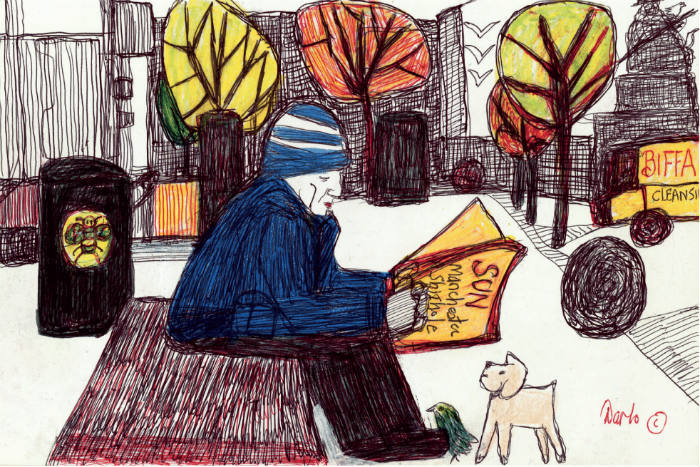 A well-known local character who can often be spotted obsessively sketching in biro, Elton Darlo was born and raised in Gorton, East Manchester.

The seventy two-year-old outsider artist was never formally trained – but he is never without his sketchbook, and creates images from the streets of his hometown.

He’s had his share of hard knocks, homeless for a time, and has struggled with mental health issues.

Despite this, he is proud to have had two of his paintings exhibited in the Tate Modern back in 2010. 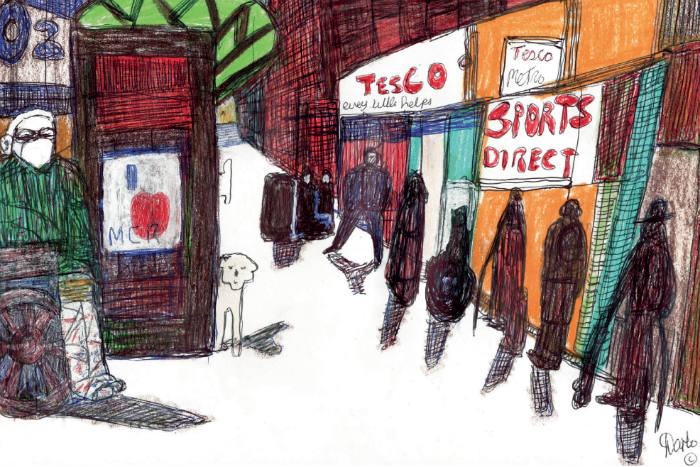 Now, with the help of Nina Ruth, a furloughed sound engineer with a HND in photography, he’s produced his first book charting the lockdown period in Manchester between March and July 2020.

“As a self taught artist having my sketches published in a book has given me a great sense of achievement,” says Elton.

“I love Manchester, my hometown, and I look forward to all Mancunians being able to share and enjoy my work.”

Elton’s dream has always been to have his work published, says Nina – so she made it her mission to make this man’s dream come true. 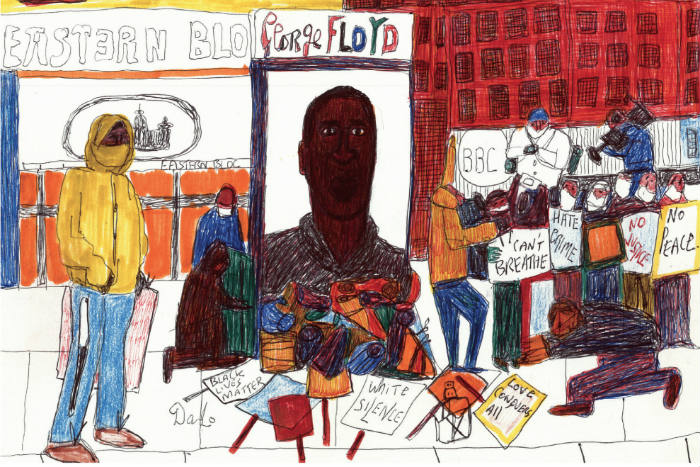 She started a crowdfunder to raise the funds to self publish the book, Lockdown 2020, having never done anything like this before.

It was a steep learning curve, she says, but after 28 days they raised enough money to go ahead and get the book into print.

A percentage of the royalties from the book will be donated to mental health charity MIND Manchester.

“I was out doing the family daily exercise and Elton was sketching in Castlefield,” says Nina, who says she first met the artist about five years ago at The Y-Club.

“I had just been furloughed and he was out doing what he does best, capturing the essence of lockdown, its effects on the people that were out and about, and the desolation of a city so silent it was like a ghost town. 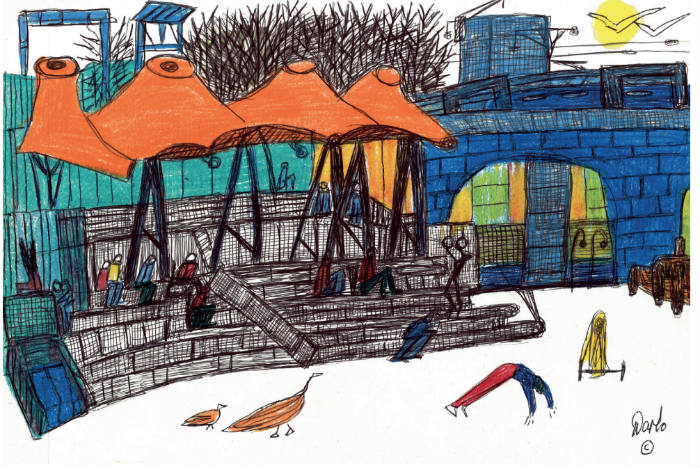 At first, Nina offered to set Elton up a social media profile and edit some of his work to be displayed online, but she says she soon realised that the work deserved to be seen as a collection.

The images span the period from around St Patrick’s Day up until 4th July, the day that the full lockdown ended.

“Elton had often talked about his dream to have a book published and we talked of that – other people had offered to help him previously and never seen it through,” she says.

“So I decided there would never be another opportunity like this, and I set up the crowdfunder to raise the money to self publish the book.

It seemed fitting for Elton to want to donate a percentage of the royalties to a Manchester mental health charity, says Nina. 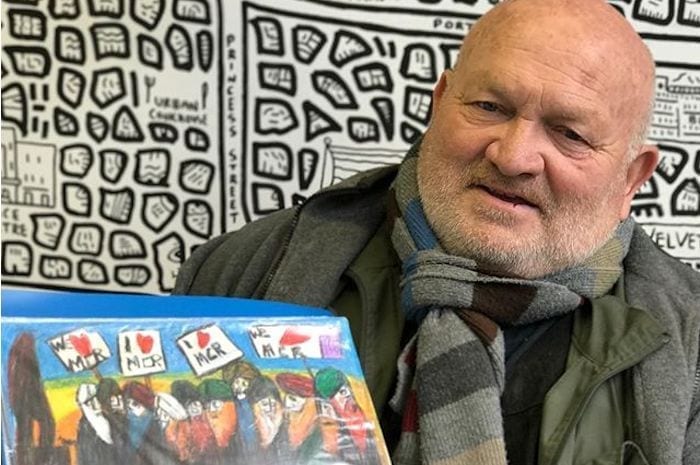 “Elton has suffered from mental health issues and homelessness and lockdown has been a struggle for him in many ways,” she says.

“We will donate 10% of any royalties to MIND Manchester.

“The reason it’s not more on this occasion is because we are trying to raise enough funds to publish a second book which, if we realise it, will be 100% of royalties for charity.”

The second book will publish the paintings and words that Elton produced in the aftermath of the Manchester Arena tragedy, which the pair hope to be able to publish early next year.

Lockdown 2020 is in print now in two editions, direct from eltondarloartist.com, and via amazon.co.uk. 10% of royalties will be donated to MIND, and other royalties will fund a a second charity book.