Is Ed Woodward starting to understand how a football club should be run?

Could it be that Ed Woodward is starting to understand how a football club should actually be run?

The end of last season showed the need for pace out wide in the form of an out-and-out winger, rather than another number 10 or half striker, half winger. Daniel James, a young player that fits that mould, has come in. In my mind that looks like a decent bit of business.

If reports are to believed, the option to take Gareth Bale, even on loan, has been turned down.

This is exactly the kind of deal that the board at United would have jumped at a year ago. Just think of the marketing potential that Bale would bring. It looks like they may be starting to learn their lesson following the ongoing Alexis Sanchez fiasco and have realised that signing big name stars close to or past their sell-by date on hefty wages does nothing for performances on the pitch.

Probably not, but at least in the short term it appears he’s trusting his manager’s judgement. The United way is so ingrained in Ole that it’s no surprise he’s turning to youth in his rebuilding efforts. It’s what Fergie would do in his shoes.

The signing of James could soon be followed by the arrival of Aaron wan Bissaka. This also looks like a decent bit of business although it could potentially be a lot of pressure for two new boys each with a solitary full season at first-team level.

The England Under-21 full back showed he can cut it in the Premier League with his standout performances for Palace last season. He’s also let his current club know he wants the move to United, which is always a good thing.

Both will come into the club wanting to prove they have the talent to succeed. Young, hungry players that are full of desire are exactly what we need. Put simply, players that want to play for United for footballing reasons.  That’s something that a lot of the squad can’t really claim.

Which brings us to one player in particular. And this is where we’ll really see if Woodward has changed. 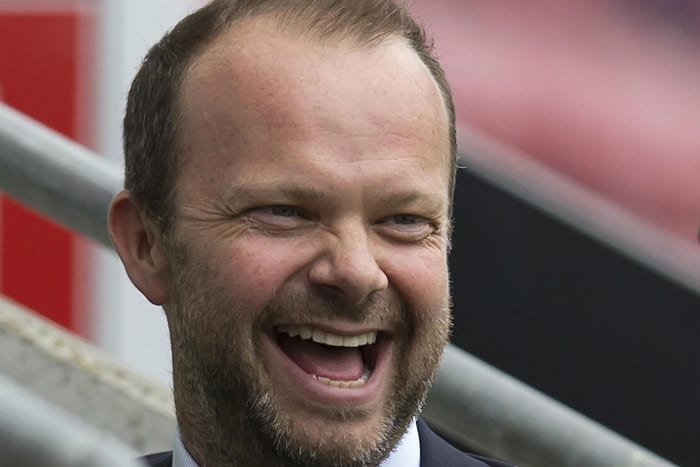 Paul Pogba clearly wants to leave. He confirmed so on Sunday when he said his wish was to take on a new challenge. His power struggle last season with Mourinho could end up being small fry. How will he behave next season if he doesn’t get his wish?

Whatever the marketing potential Woodward sees and the money that the club earns from Pogba’s star billing – not that his performances actually justify this – he has to go.

Yes the money has to be right, which makes Real Madrid his likely destination over Juventus. This has to be the aim.

Woodward needs to stand his ground to get the best deal for United.  Get him out the door, get decent money for him and use that cash to sign three or four quality players that will improve the squad.

The names that Ole’s going after probably aren’t likely to have the same brand-pull for the club as Pogba does, but for Ed and the Glazers the football finally has to come first.

United are in dire need of a decent centre-half, a striker (regardless of whether Romelu Lukaku goes or stays), two full backs and a centre-midfielder. They’ll likely need a new keeper too, if David de Gea leaves. And if he does, who can blame him – he’s given most of his career to some dreadful United sides.

That’s a pretty big shopping list, likely to be filled with some good, hardworking and talented yet unglamorous players. Harry Maguire fits the bill, although City’s interest looks to be pushing the price up to stupid money.

So, Ed. Here are the questions. Can you hack it? Can you cope without the money Pogba makes and will you be able to face your banker mates on the golf course without a fancy new signing to show off about?