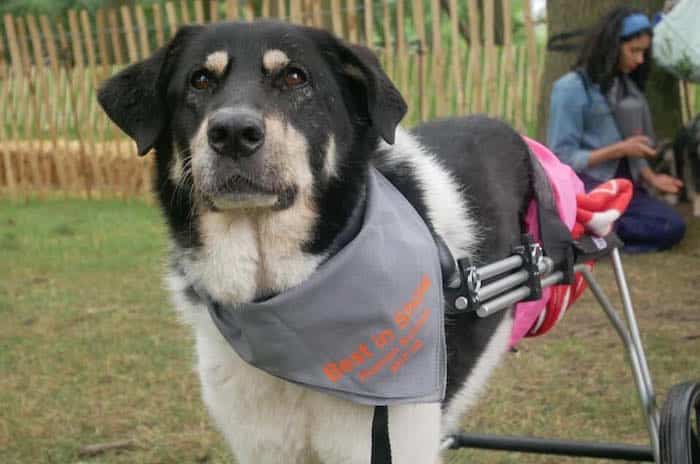 A double amputee dog is running a marathon to raise funds for a pioneering Manchester rescue she calls home.

Sherry, a sanctuary dog at Dogs4Rescue in Irlam, will run one mile a day for 26 days on her new wheels which replace her back legs.

She is raising funds to create a new visitor area at the dogs’ home which is striving to  become a centre of excellence for kennel-free living for rescue dogs.

Shot and paralysed in her home country of Bulgaria and rescued there by a local dog rescue charity, Sherry was brought to the UK by a kindhearted family who later found her injuries too much to manage. 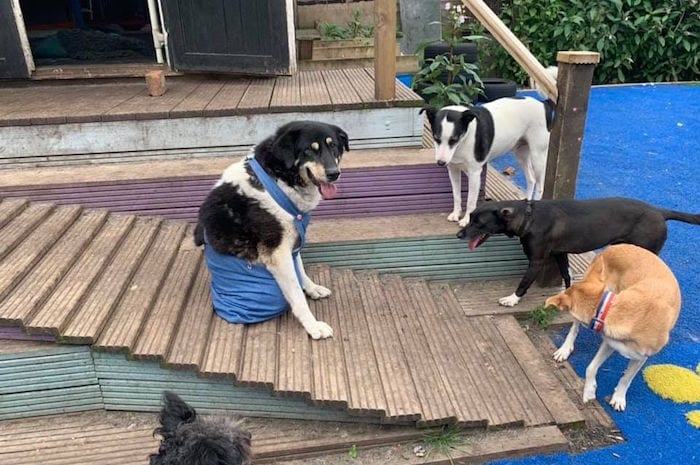 Dogs4Rescue took her in five years ago and paid for both legs and her tail to be amputated to give her a better quality of life.

Sherry has just taken delivery of new custom-made wheels from DogsWheels and is raring to get started with her marathon. She is hoping the people of Manchester will sponsor her and help her to raise £15,000 for the new dedicated area at the dog rescue where visitors will be welcomed to the sanctuary.

Dogs4Rescue has pioneered kennel-free rescue in the UK saving dogs on death row in pounds over here and abused dogs from around the world including Bulgaria, Cyprus, Afghanistan, Romania, Oman and the meat trade in China.

It has rehomed over 1,200 dogs in the Greater Manchester area and hope to significantly increase that number by creating the new visitor area.

“Every day she proves wrong those who advocated putting her to sleep. She is a joyous, happy girl who loves life and her special matriarch role here.

“We rehome hundreds of dogs and Sherry is special friend to everyone and the first to take newbies under her wing. She is also an ambassadog for our rescue and disabled dogs everywhere, meeting people at shows and events including the recent Human School at Manchester International Festival.”

Sherry will be starting her marathon on Monday 19th August, posting a daily marathon update on the Dogs4Rescue social media accounts and is hoping the people of Manchester will get behind her in her greatest challenge to date.

You can sponsor Sherry here.