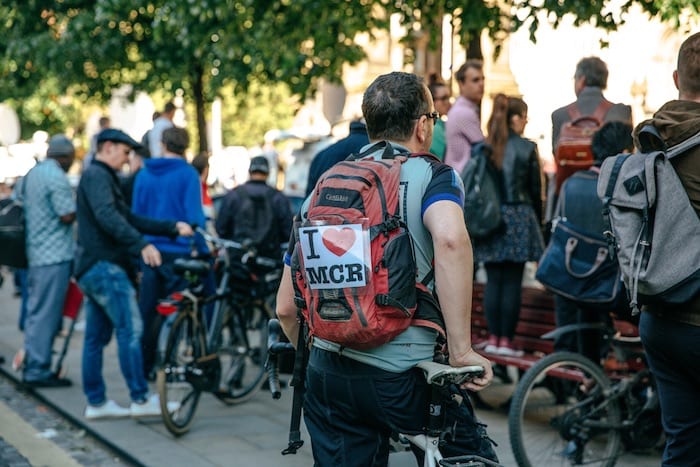 Manchester. A city of opposites and a melting pot of cultures. There has been a huge outpouring of love for our city in the days following the terror attack and we think they’re important to share.

Our hearts may be broken but, even though it’s so easy to completely lose faith in humanity, we still manage to come together and unite. We still manage to defiantly hold onto hope of a better world. We’re the kind of city that, when told the threat level has moved into critical, we send out tweets like

We’ve seen more strength, love and faith in the past few days than we even knew possible. It’s this love and strength that plays a huge part in rebuilding the lives and communities of this city.

Here are a few of the messages of hope and defiance that have been shared in Manchester and across the world, praising our city for its bravery and spreading our Mancunian spirit in the face of this hideous event.

People across the world started using the hashtag #WeStandTogether and #StandTogether to show solidarity with our city.

Brews for one. Brews for all.

In an example of true northern grit and community spirit, coffee shops and restaurants stayed open offering up butties and brews to the heroes of the emergency services.

Love for all, hatred for none

Harun Khan, the secretary general of the Muslim Council of Britain, said: “This is horrific, this is criminal. May the perpetrators face the full weight of justice both in this life and the next.”

Although there were some who used the terror attack to spread vitriol and try and divide the city by way of colour or religion, people took a stance. News spread of the Muslim doctors who stayed up all night caring for those who’d been hurt in the attack and the Asian taxi drivers who suspended all charges helping people get out of the city. These selfless acts were just small examples of how a city built on diversity, embraced different cultures and refused to be divided.

People started spreading the idea on social media that terrorism has no religion, terrorists have no religion and they are friends of no religion. They went on to spread the love with the hashtag #loveforallhatredfornone.

“LOVE FOR ALL, HATRED FOR NONE” pic.twitter.com/yNfhCaKti6

Our deepest condolences to victims of the tragic Manchester Arena attack and their families. All are in our thoughts and prayers.

Love came in bucketloads from overseas.

Solidarity from around the world

Tweets and Facebook messages from around the world were showered over our city in a demonstration of love and solidarity. A tube station board in North Greenwich, read:

Iconic monuments and landmarks have also been lit up in red, white and blue in a show of support for our city. Dubai’s iconic Burj Khalifa, Belfast City Hall and the Brandenburg Gate in Berlin to name but a few.

There have been a number of fundraising campaigns across the city to help the victims of the brutal suicide attack and help get them back on their feet. Below are just a few examples of these efforts.

The MEN has launched a fundraising campaign for families of the victims of the attack. Their target was £1,000,000 and more than £815,000 has been raised already. Aw, Manchester, what are you like?

Fashion brand Boohoo, which was born and bred out of the Northern Quarter has donated £100,000 to the victims killed and badly injured in the bombing of Manchester Arena. Generosity; it’s in our blood.

Manchester marketing company Social Chain started a fundraising campaign to offer support and comfort to the relatives and loved ones of those affected by the incidents in Manchester. They’re already 91% there, having raised almost £14,000 of their £15,000. Every little really helps.

In the words of our new mayor:

“It will be that spirit of Manchester that will prevail and hold us together.”

If any city can get together and pull through, it’s ours. It’s a very special city, full of special people and we’re proud to call it home.

If you have any more information, please call the emergency number on 0161 856 9400 to help us find the many people who are still missing. Until then, keep sharing the love.