Manchester Italian restaurant Don Giovanni has been a fixture in the city since the ‘80s. A stone’s throw from Chinatown, the restaurant boasts an extensive a la carte menu and is a popular choice for special occasions.

Laying claim to the title of Manchester’s oldest Italian restaurant, it has proved so popular with Chinese diners that bosses have translated its a la carte, drinks and dessert menus into Chinese.

It was the first non-Chinese restaurant in Manchester to make the move.

Just like in China, customers can use their WeChat app to scan a QR code displayed on their table and then read the menus in Chinese on their phone.

But  whilst it is now the norm in China to also place your order and pay your bill through WeChat, these features are not currently available at the restaurant – so you’ll just have to talk to your server instead.

Don Giovanni has always been a popular choice with the Chinese community in Manchester, who come for its high-quality pasta and fresh fish offerings. 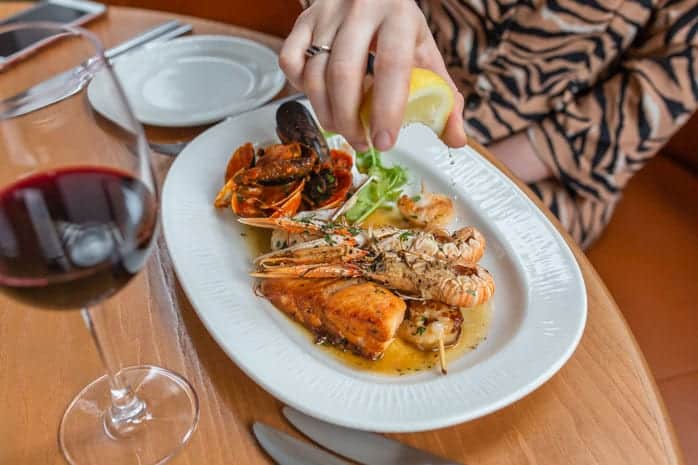 With Chinese New Year, or the Spring festival, just around the corner, restaurant bosses expect more customers than ever will be taking advantage of the menu translation.

Chinese New Year is a prime time for travel and Manchester typically sees a boost in visitors during the celebrations.

This year the city is celebrating the year of the rat with a huge parade, night time dragon dances and a host of other performances from acrobatics to singing and martial arts demonstrations in Chinatown.