Does anyone have any idea what’s going on at Man United? 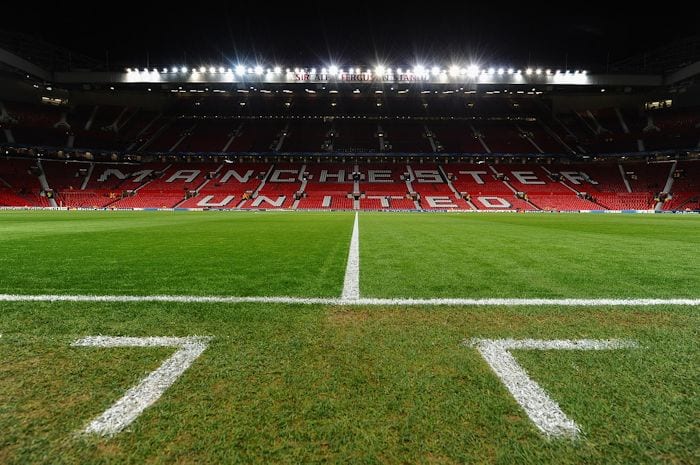 Saturday’s match against Newcastle at Old Trafford showed what is possible for United this season.

The first half was as bad as it has been under Mourinho. It was reminiscent of the team under David Moyes. The centre was soft, the defending diabolical, the movement up front non-existent, and the intensity absent.

The second half was as good as it’s been under Mourinho. The players, particularly Pogba, showed an understanding of how to change the game. We began to play to our strengths with Romelu Lukaku playing facing the goal rather than with his back to it.

Juan Mata showed the influence he can have when playing more centrally. Anthony Martial gave the manager a timely reminder why we’re all so pleased he stayed, and Alexis Sanchez was finally decisive when the time came.

On this evidence our season could go one of two ways.

Down the pan in the style of Moyes if the defence don’t get their heads together and the manager continues to chop and change the back four, sticking with his obsession of a central midfielder as a centre half.

Or galvanised with the style of football the fans and players crave, with the better players playing to the peak of their abilities in a system that suits them rather than hampering them.

It really is up to the manager.

If he’s willing to let the handbrake off, this team could really offer up a threat going forward. If he stops messing with the defence and keeps it settled, they can start to build some harmony.

The opportunity is there. It’s just a question of whether the players have the fight and are all up for the task. In the second half on Saturday, they showed they just might be.

But the question remains whether the manager will still be in place to turn the season around. With reports rife on Friday night that he was to be sacked over the weekend regardless of the result, for many this feels like a stay of execution over the international break.

United then have a tough set of fixtures which sees them play Chelsea away in their next Premier League encounter, Juventus home and away in the Champions League, Everton at home, Bournemouth away and then City away.

After these fixtures our season could be in tatters or we could be right back in it. We might have no manager and no direction.

And that’s the point. Gary Neville was bang on in his comments over the weekend. If the press are writing about it, it had to come from a source within the club. It wouldn’t be surprising that if results go awry in next few games, Jose will be out on his ear, the season over and we’ll be back to square one.

I’ve complained loads about Jose, his style of play, his demeanour. Everything. But I have a couple of questions for the board.

If not Mourinho, who? Is there an actual plan in place? I very much doubt it.

Ed Woodward is reportedly fluttering his eyelashes at Zinedine Zidane. There’s no doubt it would be great to have the mercurial Frenchman at the helm, but there’s no guarantee he would do any better.

Yes, he may have excelled in the Champions League at Madrid but his record in the league was pretty poor. He struggled to get a team of world beaters to hit consistent heights week in week out in what is a fairly average league.

Could he inspire this squad to hit their best possible form every single week? For me, it’s a huge question mark.

So, Ed. Who else is on your list? Mauricio Pochettino? Again, that sounds great, but do we really believe that Daniel Levy would sanction something like that?

And for me, that just sums Woodward up.

He has no plan for the direction of the club. He gives the manager a bumper new deal and then refuses to back him in the transfer market. He thinks he knows more than Mourinho about certain players’ suitability for the club and he acts on whims. Remember all that talk of a director of football? What’s happening with that one then, Ed?

The fans are getting tired. There’s no surprise the biggest chant at the weekend was “Jose’s right, the board are sh*te”. This was a constant throughout the match.

And the fans are right. If they do sack Jose and bring in a new face, would he do any better operating under a board that has little to no football knowledge?

For the club to get back to where it belongs, big change needs to happen. And it’s not the one Woodward has in mind.