A new meal kit has been added to the Dishoom online store, alongside their existing home feast kits and bacon naan kits.

Each meat or vegetable grill kit for two has been lovingly prepared by Dishoom’s team of chefs, meaning you can get restaurant quality dishes at home, with minimal effort and in under half an hour.

And for every kit sold, Dishoom also donate a meal to their long-term charity partner, Akshaya Patra, which provides nutritious free meals to schoolchildren in India. 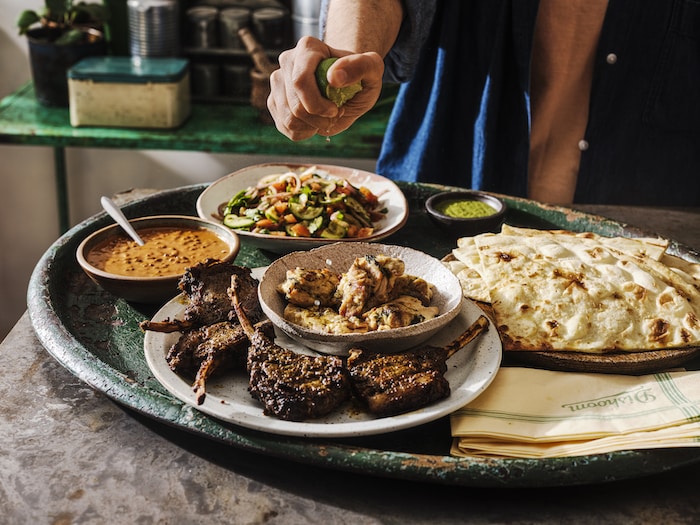 The star of the show is the lamb, four generously proportioned chops which have been marinated in warm dark spices, ginger, garlic and lime and simply need grilling or barbecuing at home.

Huge and wonderfully juicy, they’re every bit as good as in the restaurant. 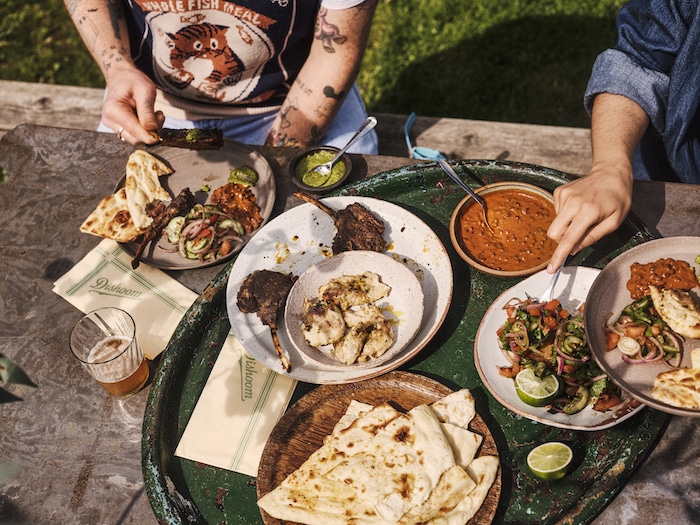 Also great are the richly marinated, mildly spiced chicken thighs, which have been steeped in garlic, ginger, coriander stems and a little cream.

Dark, rich and deeply flavoured, the house black daal is one of Dishoom’s most popular dishes.

It has been cooked slowly over 24 hours for extra flavour – though it takes mere minutes at home and simply needs heating through in its sachet. 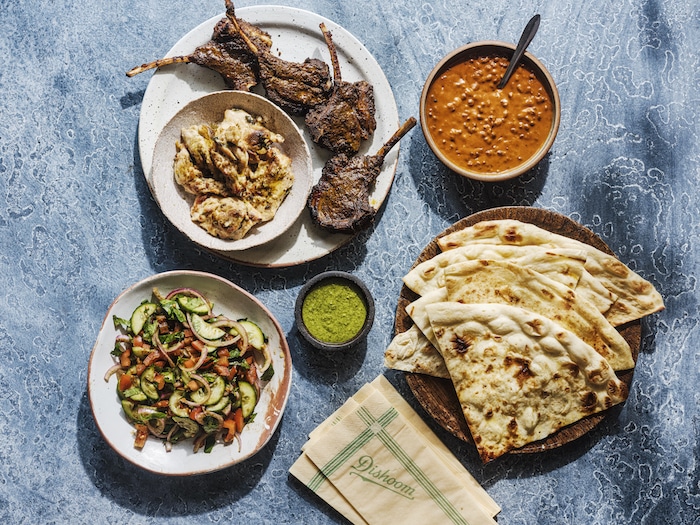 There’s also a salad of cucumber, onion and tomato to make, as well as naan bread to warm up, a house spice mix to sprinkle on the cooked meats, salted butter for the naans, and a fresh, slightly spicy coriander mint chutney.

It’s all very easy to put together, and certainly makes for a treat-worthy weekend meal for two. 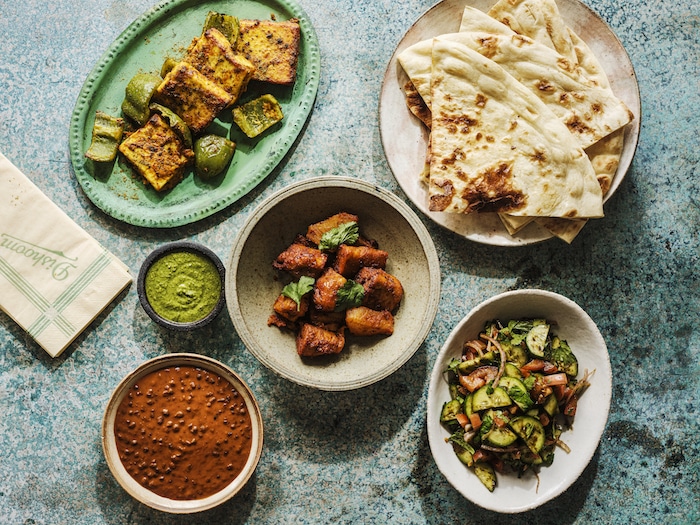 This includes paneer tikka – a soft cheese that picks up flavours wonderfully.

Arriving in the kit marinated with spices and yoghurt, it should be gently charred with green pepper under the grill. 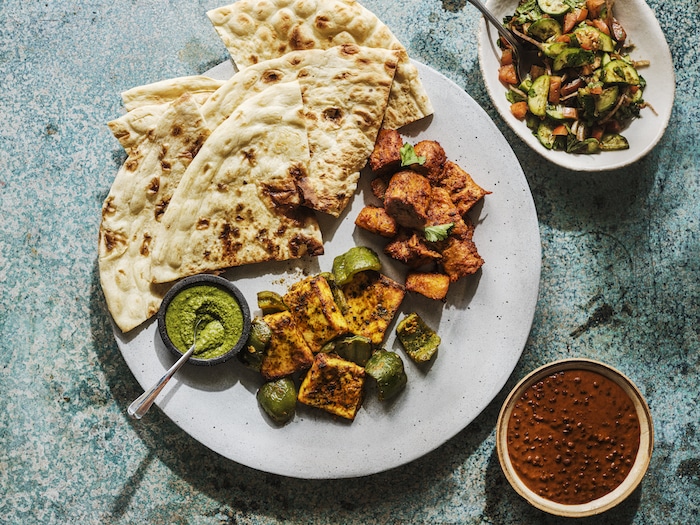 The veggie kit also includes the house black daal, as well as all the other accompaniments – salad, naan and chutney – from the meat kit.

Both grill kits are available on the Dishoom Store for delivery on Thursdays, Fridays and Saturdays.