Countdown to Russia 2018: why it’s always the hope that kills 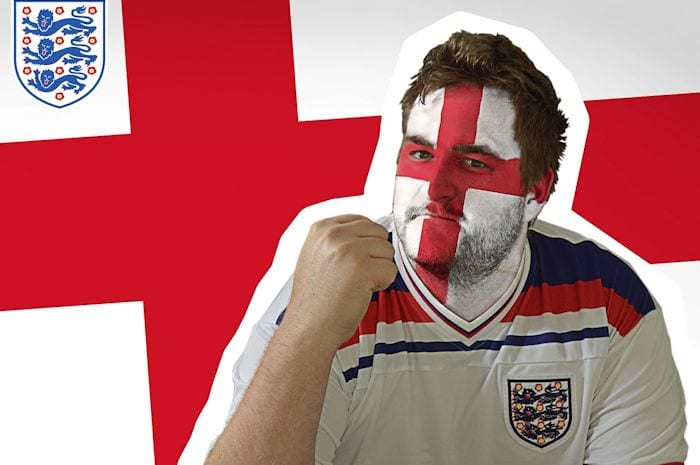 Mere days away from the mouth-watering opening game of World Cup 2018 and I’m still debating which repressive regime to support on Match Day 1. Russia or Saudi Arabia? It’s a tough one.

The build-up to Russia 2018 has been low key. No white plastic World War II Nazi helmets sporting the St George’s Cross like those given out by the Sun prior to the 2006 World Cup in Germany.

No awful St George’s Cross vuvuzelas like in 2010. One of the worst things about watching England games in South Africa was the awful droning din in the background. These days that’s provided by the England band.

Whilst not wishing to pile more work on Southgate’s head, it really would help if, when he made those difficult phone calls to Lallana, Shelvey and the like to say they weren’t going to Russia, he got on the blower to the England band, too: “Sorry lads, we’ve decided to go with three at the back so we don’t need any ****** trombones.”

You think there is nothing more humiliating than seeing your team being outplayed by some  team filled with journeyman players from the lower leagues of Europe. Then you realise there is something worse. It could all be accompanied by the dismal, naff, unfunny, tinny trumpet butchering of the theme to The Italian Job.

Stage 1 of the World Cup is the pre-squad announcement phase. It’s traditional for various pundits of dubious quality to start championing some non-scoring injury-prone good-at-heading big unit of a centre forward in order, it seems, to “give us another option.” In other words, to allow the rest of the world to piss themselves laughing at us. Luckily, Andy Carroll didn’t get a mention this year.

I was impressed with England against Costa Rica, although we must remember that Costa Rica has a population of less than 5 million.

Loftus-Cheek looks a real player and the pace skill and fluidity up front bodes well.

I found the criticism of Raheem Sterling a bit mystifying, especially as he wasn’t even playing. He’s getting a lot of stick in the press over his tattoo of an M16 on his shooting foot. In all honesty, he looks like he needs to fire a lot of bullets before hitting the target. He probably should have scored over 50 goals this season. Let’s hope they’ve been saved for the World Cup.

He has improved massively under Pep Guardiola and has been superb this season, as have Jesse Lingard and Marcus Rashford when he’s been allowed some freedom by the Portuguese spoiler.

I’m not a total expert on football, but Rashford and Sterling are two very different types of players who can both be accommodated in the starting line-up. I think they should.

I don’t have any great expectations that this is England’s year, but young players like Rashford, Lingard, Sterling, Loftus-Cheek, Delle Ali, and Kane operating up front do excite me. Then there’s Vardy, who’s a leader on the pitch and never gives up.

I’m pleased he’s picked a a pacey side and hope they give it a go and try to play decent football. I’m glad we don’t have the other option so maybe this time we won’t have to watch an England team lumping it aimlessly forward to Peter Crouch/Andy Carroll/Alan Smith etc. For once England may actually be entertaining to watch.

It’s a side that’s full of pace with a cohesiveness and determination about them. They actually seem to get on with and like each other, which can count for a lot.

What is most heartening is how young this England side are, yet they’ve played in big games for two, three or more years.

We are approaching the stage when it’s all about the atmosphere in the England camp and it being compared favourably to previous World Cups like Fabio Capello’s disastrous no beer/no wags/no mobile phones campaign in 2010.

There will be lots of stuff about how pleasant Southgate is and how well he is handling it all. This sort of guff will be kept going until around the time the second Tunisian goal goes in at which point the armchair experts will bemoan the fact that maybe Gareth is “a bit too nice” and it’s all down to his poor selection and how he should have picked walking yellow card and serial relegation battler Jonjo Shelvey and all would have been different.

Or why didn’t we bring Jack Wilshere? Or why couldn’t we have dragged Wayne Rooney back? His name alone would strike fear into the opposition.

I confess that in the past I have not been immune to this kind of nonsensical magical thinking. For years I tried to convince everyone that when the Barcelona of Xavi, Iniesta and Messi had given United a complete chasing in the Champions League Final in Rome in 2009, it was mainly because Darren Fletcher was injured.

I suspect Tunisia are going to be right handful and it seems that Belgium have taken the traditional place of the Dutch – lots of talent but a camp full of resentment all ready to explode in acrimonious finger pointing and score settling. There’s a chance the wheels might come off before we get to them but I won’t be holding my breath.

As always with England in the World Cup, it’s often the hope that kills. For now, though, enjoy. There’s a couple of weeks between the fluttering of hope and the inevitable horrible post-mortem. Make the most of them.