Corrie spoilers: your guide to the week ahead on Coronation Street 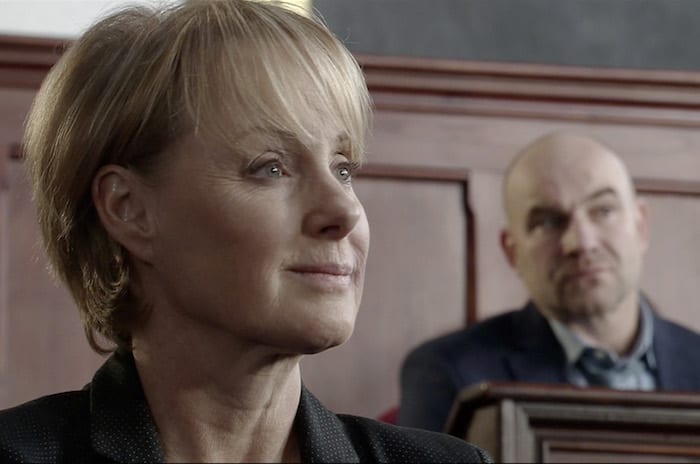 The drama continues on Coronation Street in the week ahead – and in particular Sally Metcalfe’s fate will finally be resolved as her trial comes to its conclusion.

But with bitter recriminations rippling through her family, the drama is only going to intensify for poor Sally.

Here’s our episode-by-episode guide to the big storylines coming this week on Corrie.

Sally nervously prepares for her trial – and her big moment on the stand. But Paula isn’t happy about her antics with Abi over feigning sickness and warns her she may have to tell the prosecution. Sally takes the stand and protests her innocence telling the judge and jury that she never had an affair, never stole any money and loves her husband dearly. But then the time comes for her sister Gina to take the witness stand. Will she come through for Sally?

Later, the prosecution sum up their case describing Sally as morally corrupt and indisputably guilty. Paula does her best to show that Sally was innocently taken in by Duncan’s devious lies. Who will the jury believe?

Mary Taylor, still hunting for her missing son Jude, is encouraged when a man called Darren contacts the Find Jude campaign and says he saw him in Withington.  But it’s not the news she had hoped for.

Later, Jude’s wife Angie and Mary attend the mortuary to ID the body that has been found, with Mary praying that Jude is still alive.

Kate and Rana are expectant

After Johnny Connor agrees to foot the £3,500 bill for their IVF treatment, his daughter Kate and girlfriend Rana head to the fertility clinic.

Kate is giddy with excitement whilst Rana does her best to appear enthusiastic. Kate and Rana agree between them that Kate will carry their baby. Kate’s thrilled and tells Rana she can’t wait to be pregnant.

Later Kate excitedly fills Johnny in on their trip to the clinic. Johnny’s thrilled at the prospect of another grandchild and Rana masks her anxiety.

But Rana bites the bullet and admits to Kate that she’s not happy at the idea of a complete stranger fathering their baby. Kate’s stunned.

Jenny is keeping tracks on Liz

Jenny secretly puts Liz’s phone in water. When Liz realises it isn’t working Jenny says she is due an upgrade and offers Liz her old phone.  But, naturally, Jenny is up to something…

Johnny is sick of Rita being in the Rovers living room and says he is going to the Bistro for some peace and quiet. But when Jenny sees on her app that Liz is also at the Bistro her suspicions are aroused. She bursts into the bistro – what will she find?

Kate stuns Rana by bursting into the medical centre and suggesting they should adopt a baby instead. Angry at being hijacked at work she orders her to leave.

As Kate drowns her sorrows she drunkenly suggests to Robert that he could father a baby for her and Rana.

Robert tells Kate her idea is crazy and sends her packing. But will he change his mind?

Will Evelyn move out?

Evelyn begrudgingly agrees to babysit but calls Hope a naughty girl who doesn’t deserve any treats. When Hope throws Evelyn’s jigsaw on the floor it is the last straw and Evelyn tells Rita that she has no time for Hope and Ruby is her favourite. Fiz and Tyrone are shocked when they return home to find Evelyn threatening Hope.

Telling her she’s gone too far this time and he has to put Fiz and the girls first, Tyrone insists that it’s time Evelyn moved out. Evelyn’s stunned. Tyrone returns home with Evelyn in tow and assures Fiz that they’ve agreed she’ll move out. However when Evelyn points out that she’ll have to go somewhere dog friendly, Fiz suspects she’s playing for time.