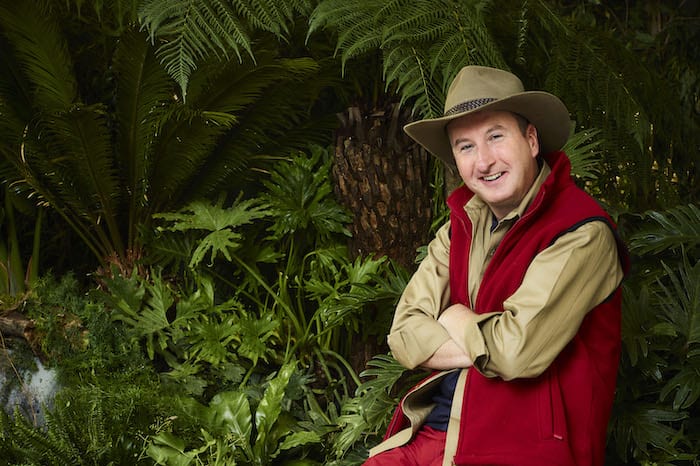 Coronation Street legend Andy Whyment has become the latest star to enter the I’m a Celebrity…Get Me Out of Here Austraiian jungle.

Salfordian actor Andy, who has played Corrie favourite Kirk Sutherland for the past 20 years, was revealed as one of two late arrivals heading onto the ITV show on Wednesday night, alongside fellow soap actor Cliff Parisi.

But Andy has been quick to reassure Corrie fans that his appearance on the jungle reality show does NOT mean the end of Kirk anytime soon.

Pendlebury-raised Andy, 38, speaking ahead of entering the jungle said: “I have always been a massive fan of the show and when they asked me to do it, I said ‘yes’ immediately. It’s a once in a lifetime opportunity and it’s crazy to think I am now actually going! I am so excited.”

“It’s a win, win situation for me because ITV have very kindly temporarily written my character out of the soap so I can go out to Australia but I will be back to work straight afterwards. I know some people do this show to get their faces back on TV but I don’t have to do that as I have been in Corrie for so long.

“In fact, it will be exactly 20 years since I joined in December! A lot of people know me as dopey Kirk and so it’s nice to show another side of me and hopefully people will like it.”

Dad-of-two Andy will be cheered on by his wife Nicola and children Thomas and Hollie as well as all his Corrie co-stars while he takes part in the jungle.

Although he reckons some of his Corrie prankster pals are going to be trying their hardest to get him voted for ALL the stomach-churning Bushtucker Trials on the show.

Andy said: “I know some of my Corrie colleagues and especially Alan Halsall, who plays Tyrone, will vote for me to do the trials. I know he will be telling everyone to vote for me on Twitter.”

He was plunged straight into the thick of it – as it was revealed on Wednesday’s show that he and Cliff will compete in a jungle challenge before joining the camp proper in scenes to be screened on Thursday night’s I’m A Celebrity.

Readily admitting he is no survival expert – “I haven’t camped since 1999” – Andy is determined to try his best.

“I am not looking forward to the eating trials and I am a bit worried about what I will find when you put your hand in something. But when you are hungry, you have to do it for your campmates and try your best.”

As his soap character Kirk, Andy has been at the forefront of many comedy storylines and he hopes to inject plenty of humour around the campfire when he joins the rest of the 2019 I’m a Celebrity campmates.  This year they include footballer Ian Wright, EastEnders star Jacqueline Jossa, Girls Aloud star Nadine Coyle, radio DJs Roman Kemp and Adele Roberts and American reality star Caitlyn Jenner. 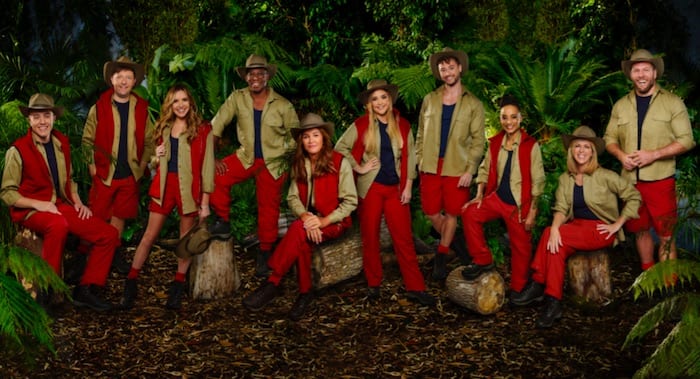 “We’re all going to be outside our comfort zones but I hope I can entertain everyone. I am not sure what I will be like on lack of food and sleep though as I love them both!”

Andy says the toughest challenge will be not being able to speak to his family. “That is going to be so hard and it’s the thing I am dreading the most.”

“But my kids are excited to see how I do. I know they are going to be sitting and laughing at me.  My wife, Nicky, on the other hand, thinks I am mad. She says she certainly wouldn’t do it.”

The staunch Manchester United fan adds he can’t promise he won’t cry in camp. “I will struggle with being separated from my family as you just don’t know how you are going to react,” he goes on to confide. “Look at Wayne Bridge who was crying within two days. You are just going to have to see what happens when you are there.”

One of Corrie’s best-known actors, Andy says it would be a dream come true to be crowned ‘King of the Jungle’.

“If I won, I would be over the moon knowing people had voted for me. They would be voting for me, Andy, rather than as Kirk and that would be a fantastic achievement.”

Andrew Whyment on his jungle journey

Phobias: I am not sure how I am going to feel if I have snakes all over me!

Biggest misconception you want to dispel in the Jungle: It’s going to be nice for people to get to know me rather than people thinking I am dopey Kirk!

Role in the camp: Entertainer who will boost morale.

Miss most: My wife and two children.

Dream camper: Harry Redknapp would have been fantastic – so any ex footballer as I love the sport!