Competitive axe throwing coming to Manchester in the New Year 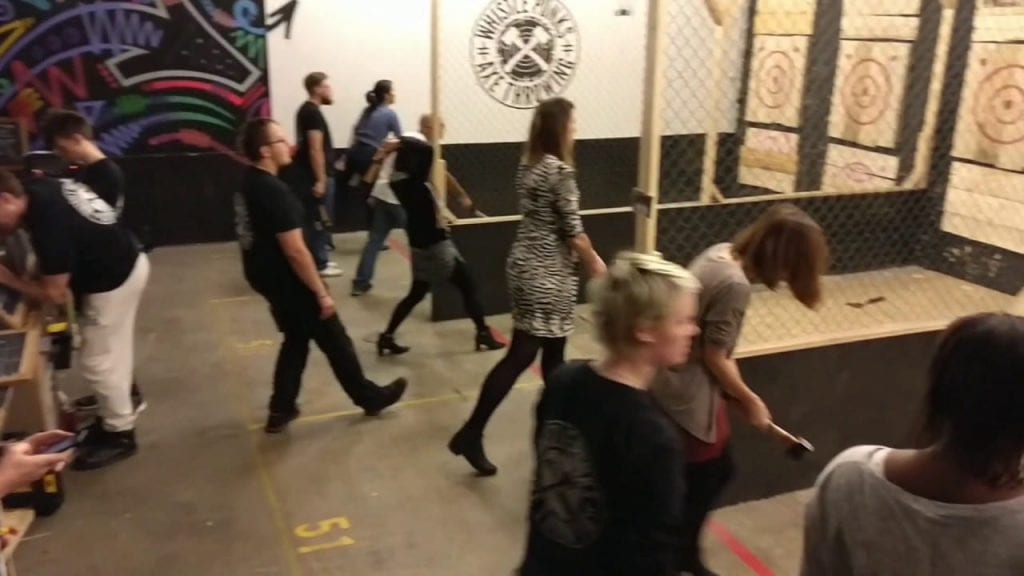 There aren’t many things Manchester hasn’t got. A beach is one. Another is axe throwing.

If the absence of opportunities to  throw huge axes around on a night out is something you feel Manchester is sorely lacking, here’s a date for your diary. February 1 2017. That’s when the city welcomes the country’s latest, and perhaps most unusual, craze – urban axe throwing.

The sport, which already boasts a huge following in countries such as Canada, was brought to the UK by longtime friends Jools Whitehorn and John Nimmons.

They caught wind of the growing trend for urban axe throwing in Canada and decided to try it out for themselves. They were instantly hooked and, noticing a huge, axe-shaped hole in our social scene, they decided to bring it to this country. 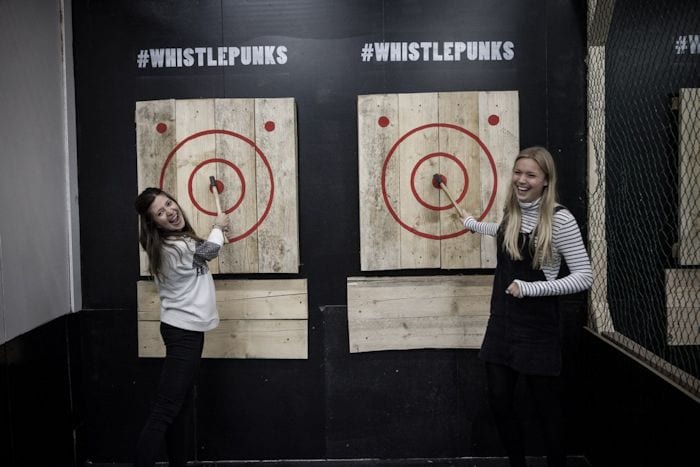 Whistle Punks Urban Axe Throwing launched in London in the summer and has become so popular that over 7000 people have launched axes with them – including a group from the Women’s Institute.

“Sinking an axe into a target is the sort of satisfying primal experience that’s hard to find in everyday city life,” says John. “There’s where to buy accutane online uk something brilliantly addictive about it. People come in just to give it a go, and before long they’re trying trick shots and getting competitive with their scores.”

“The great thing about urban axe throwing is that it’s all about technique,” says Jools. “Being able to throw the axe harder than anyone else isn’t much of an advantage, so everyone starts out on a level playing field and women and men can compete against each other.

“We’re so excited to be opening our second branch of Whistle Punks. After a great reception in London, we’re thrilled to be bringing the social sport of urban axe throwing to the buzzing heart of Manchester.”

Whistle Punks Urban Axe Throwing will launch in the Great Northern Warehouse, Deansgate on February 1 next year, featuring four lanes – each with two targets for competitive axe throwing – and costing between £22 – £25pp.

Opening hours will be from 5:45pm – 9pm Tuesday to Friday, and 11am – 6:30pm on Saturdays. An early bird special will entitle customers to 20% off all bookings made before midnight on Sunday, 8th Jan.