The VE Day toast is one of many national events taking place throughout the day, including a two minutes’ silence, a singalong and a live stream of memories of World War Two #VEDayMCR 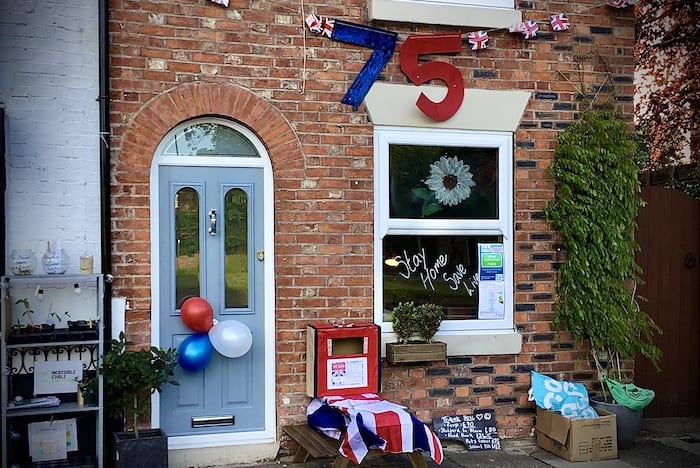 May 8th 1945 was the date Britain and its allies celebrated the defeat of the Nazi regime after Germany signed its unconditional surrender the previous day.

Prime minister Winston Churchill declared the day a public holiday with Victory in Europe (VE) Day celebrated with parties, dancing and singing in the streets.

Councils across Greater Manchester are encouraging residents to take part in a special act of remembrance on Friday May 8th to mark the 75th anniversary of Victory in Europe.

Many national events are taking place throughout the day, including a special two minute silence at 11am, a nationwide singalong of Dame Vera Lynn’s We’ll Meet Again and a live stream of Armed Forces personnel recalling their memories of World War Two.

A special tribute will take place at 3pm as the country comes together in memory to mark the moment Winston Churchill announced the end of the war in Europe.

How to celebrate VE Day at home

Decorate your house red, white and/or blue to wash your street in the colours of Britain.

Have a picnic in your garden or front room while observing social distancing rules.

Wear something red, white or blue and post a picture to social media using the hashtag #VEDayMCR

Draw, paint or print a flag and put it up in a window at the front of your house.

Join the two minutes’ silence at 11am.

Raise a glass to the heroes of the war from your doorstep at 3pm and let your neighbours know everyone is giving a big ‘cheers’ together.

Ring bells or clang pans at 7pm on Friday to let the sound of peace be heard across your community.

Join in a national sing-song on Friday night to wartime classic We’ll Meet Again led by none other than Dame Vera Lynn.

Stretford Mall has invited everyone in Stretford to help them decorate the shopping centre via a downloadable “hero bunting kit“, which they’re asking residents to decorate with heroes who inspire them, whether it’s a war veteran or their very own COVID-19 heroes. The bunting packs are available to download or can be picked up at the Mall during essential shopping or at Placemaker Events HQ (owner Haylea Osborne’s house). Once completed the bunting can be dropped off at a specially created postbox at Placemaker Events too. 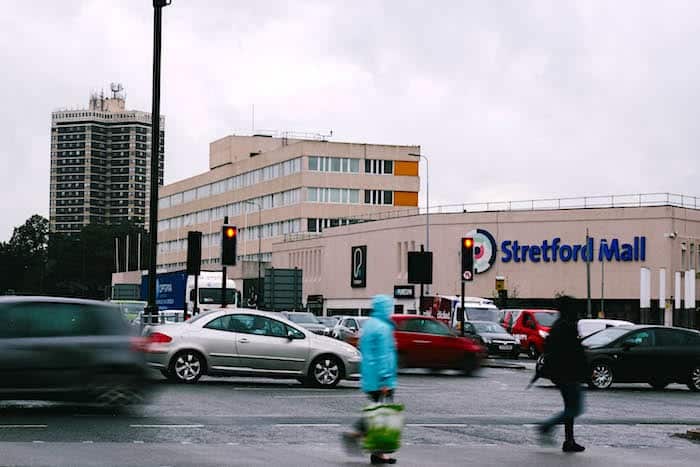 All of this will be shared via Stretford Mall’s social media channels, and alongside all the other activity, is designed to get the community inspired and thinking about VE Day and how they can best mark this hugely important occasion.

Join in the national singalong

Music helped to keep morale high in wartime and we could all use a little boost ourselves in these times of uncertainty.

With that in mind, there’s a nationwide sing-along to wartime classic We’ll Meet Again planned on Friday night – led by none other than Dame Vera Lynn herself.

Grab a cuppa and join the Royal British Legion for an 80-minute stream as they bring the World War Two generation together with today’s generation to chat about their shared experiences. They’ll share stories and memories from those who served and sacrificed during the Second World War, as well as recognising the difficulties people are experiencing today.

The British Legion will be streaming live after the Two Minute Silence from 11.15am, as well as on the Legion’s Facebook page. 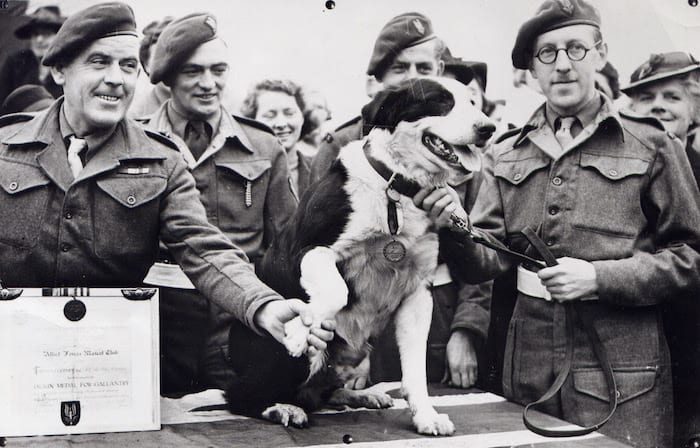 Throughout May the council will be posting archive images of Manchester during World War Two, including those showing how the city celebrated once VE Day came in 1945.

People who have a story of a loved one connected with the war are invited to get in touch. These will be shared on the Manchester city council Facebook page or @ManCityCouncil Twitter account.

Pay a virtual visit to The Imperial War Museum 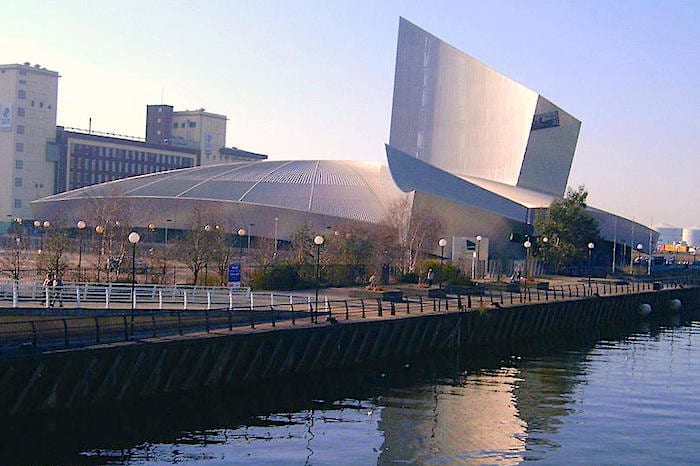 The Imperial War Museum is inviting people to ‘visit’ from home by listening to a soundscape it has created to commemorate VE Day. Voices of War is a four minute work featuring first-hand accounts of VE Day selected from IWM’s vast sound archive.

It will be available to listen online on Friday May 8.

Teach your kids remembrance at home

Thousands of Mancunians served on the frontline during World War Two and are commemorated and remembered at war memorials across Greater Manchester boroughs.

Understanding our shared heritage of remembrance helps bring people together and ensures that we recognise the service and sacrifice of past and present generations.

The British Legion have created resources for parents and carers, specially designed for home learning. They are aimed at 7-14 year olds and include family-friendly activities and support for you when talking to your child/children about VE Day and Remembrance.

The Mass Observation Archive is calling on all Manchester residents to get involved in National Diary Day on Tuesday 12th May.

The idea of the diary day is to capture a day in the life of as many people as possible in the UK.

The first one-day diary day was on 12th May 1937, when Mass Observation asked people to keep a diary of everything they did from getting up in the morning to going to bed at night.

This year is particularly significant as the Covid-19 crisis has impacted on everyone’s lives and given so many people of different kind of life.

Anyone can join in with this year’s diary day, and submissions can be sent in by email or hard copy after the lockdown ends. Ideally, diaries should be in electronic form as email attachments and sent to [email protected]

If you’d like write about life in lockdown as part of this national campaign, there is more information about how to get involved here. You can also get involved on the day on Twitter by using the hashtag #12May20.