Manchester may be European City of Science this year but there’s loads going on in the arts, too - starting with the Manchester International Film Festival next week, says Dennis Keighron-Foster. 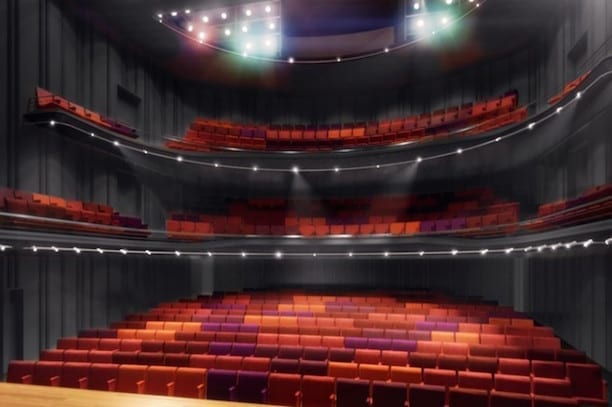 It’s fair to say that the likes of Media City and The Sharp Project have contributed to the boom in the creative arts here, but even before the BBC relocated, the city showed an amazing aptitude for art with its landmark cinema and gallery, multiple museums,  major playhouses and countless festivals of theatre, comedy, music and art. Today, the city is literally brimming with all that is a feast for the heart and soul.

And Manchester’s art scene has become a whole lot richer now that we have our very own international film festival. Following on from what they achieved in 2015, their inaugural year, which included discovering and premiering two films that went on to be nominated for Oscars, ManIFF have put together a stunning line up showing the best in shorts and features the festival scene has to offer – proving that Manchester not only has the ability to nurture and generate fantastic artists, but can also spot world leading talent when we see it.

The festival isn’t just for the vintage-clad art students who come armed with impossibly complex questions for the Q&As – it’s for anyone who enjoys good, well chosen and innovative storytelling.

“The festival’s main aim is to champion inclusivity, and speak to a much wider audience, opening up independent cinema to everyone,”  says Al Bailey, the festival’s programme director.

That’s why this year they have adopted three themes – Music, Sport and Women in film, dedicating a day to each of their headline choices and throwing open their doors to the kind of films that often get neglected by other film festivals. This applies particularly to the Women in Film category, as even today women still have to fight for an equal platform in a male dominated profession. To allocate a day each to these undervalued kinds of film is one of MANIFF’s greatest assets and shows that they are not just talk when it comes to engaging with a wider audience.

The festival will be jam packed with stars and top film-makers, many of whom will be available for Q&As after the screening. There are also talks, workshops and lost of other great things to get involved in at the festival hubs:

“Our opening night film is a perfect fit for ManIFF 2016,” says Al. “A truly international purchase tramadol online cheap story about a Manchester legend. Dennis Viollet – A United Man is a portrait of a boy born in Fallowfield,  who survived the Munich air crash and went on to become not only the captain of Manchester United but the first British footballer to pioneer the sport worldwide and bring ‘soccer’ to the US.

“In addition to the footballing greats featured in the opening night film, we’re delighted to be showcasing an array of UK and international filmmaking and acting talent across the rest of the 2016 programme, including James Franco, Charles Dance, Martin Freeman, Rebecca Ferguson, Sir John Hurt, Maxine Peake, Billy Zane, and James Cosmo.”

Festival director Neil Jeram-Croft said: “Film fans came out in their thousands for our first year and we’re delighted to be expanding the festival in its second year and excited to be partnering with new venues including ODEON and HOME. We’re looking forward to showcasing a strong slate of bold new films in Manchester this March. With a mix of debutant filmmakers and some screen legends, it’s sure to be an exciting weekend.”

This year I have had the privilege of getting a sneak peek into what’s being premiered and here are my festival must-sees:

A weird and imaginative tail about a young filmmaker living in Taiwan and how his life unravels when he creates a film that has a drug-like, mind altering effect. I don’t normally like experimental films, but I absolutely adored this, the script, the acting, the innovative cinematography – an absolute festival must-see

It’s not flawless, but that’s what’s great about independent films – they aren’t as formulaic as what we normally see in the cinema. West has some fab plot twist, some well written and well portrayed characters and some named actors to boot.

The shorts programme has been beautifully refined and you won’t be disappointed, but Break (session one)  starring Sir John Hurt promises to be wonderful. However, my personal favourite, despite a slightly weak ending is The Immaculate Misconception. It’s about a young girl who struggles with a strict Catholic upbringing and finds herself pregnant but doesn’t know how. Is her child the second coming?

For more information and tickets check out MANIFF.com