Coming out of the closet: new LGBTQ musical tackles discrimination across the decades 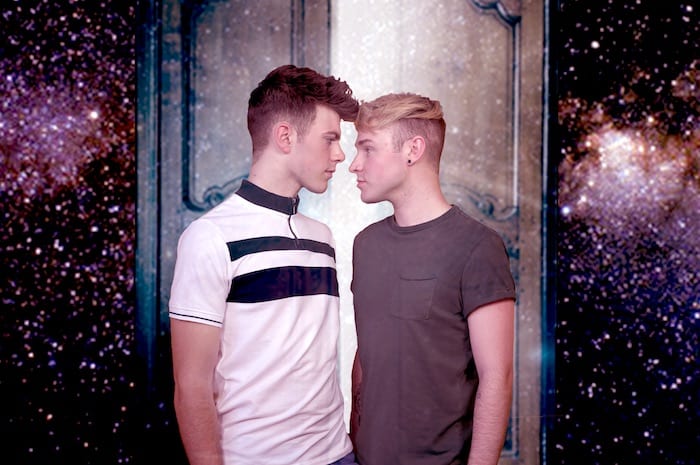 Closets is a new production written and directed by Lloyd Eyre-Morgan and Neil Ely in which time travel happens via a closet. The show features 12 original contemporary songs from pop to indie and is coming to Hope Mill Theatre this summer.

“It tells the story of Henry, who lives in 1988,” says Neil. “He is 16 and struggling with his gender identity. He time travels in his closet to 2018 and meets 16-year-old Ben, now living in his bedroom, struggling with his sexuality and experiencing bullying at school.

“The musical looks at issues minorities face today compared to 30 years ago, showing how far we have come with acceptance and how far we still have to go with attitudes in society.”

Closets has grown from a short film of the same name starring Julie Hesmondhalgh and Ceallach Spellman, which Lloyd wrote and directed in 2014. It won the prestigious Iris Prize Best of British Award and the Iris Youth Award, which meant the film was shown in schools in Wales, educating young people on themes of acceptance and the effects of bullying.

“Myself and creative partner Neil had been drumming up the idea to make a musical for a few years,” says Lloyd. “We had written some songs which fitted perfectly into the Closets story and we began to adapt the script into a full length musical show.”

Lloyd believes Hope Mill Theatre is the perfect venue for up-and-coming musicals such as theirs. “It’s putting Manchester on the map and is one of the most exciting venues the city has seen for years,” he says.

When it comes to Manchester’s theatre scene, Neil and Lloyd both enjoyed Chris Hoyle’s The Newspaper Boy.

“The story, the 90’s nostalgia, the acting, I loved every minute of it from start to finish,” says Neil. “So much so that I held my wee in so that I didn’t have to dash to the toilet.”

The pair hope their production will have a similar impact, and it has clearly been a labour of love.

“This has been probably the hardest project we’ve done,” admits Neil. “There’s so much involved in a musical and we have been working on it for over two years to make sure it’s ready.

“I think it’s always a risk putting a show out there for anybody, but that’s why we love the arts as it’s all about taking risks and taking the plunge, telling a story you feel passionate about and hoping people feel the same and enjoy the show.

“I want people to learn about discrimination across the decades, and also we want youth audiences to be able to appreciate and understand struggles with equality and LGBTQ community throughout history.”

The drama could find a life beyond the stage in the near future.

“We’re currently adapting the script into a feature film, with plans to hopefully start pre-production once the show finishes,” says Neil.