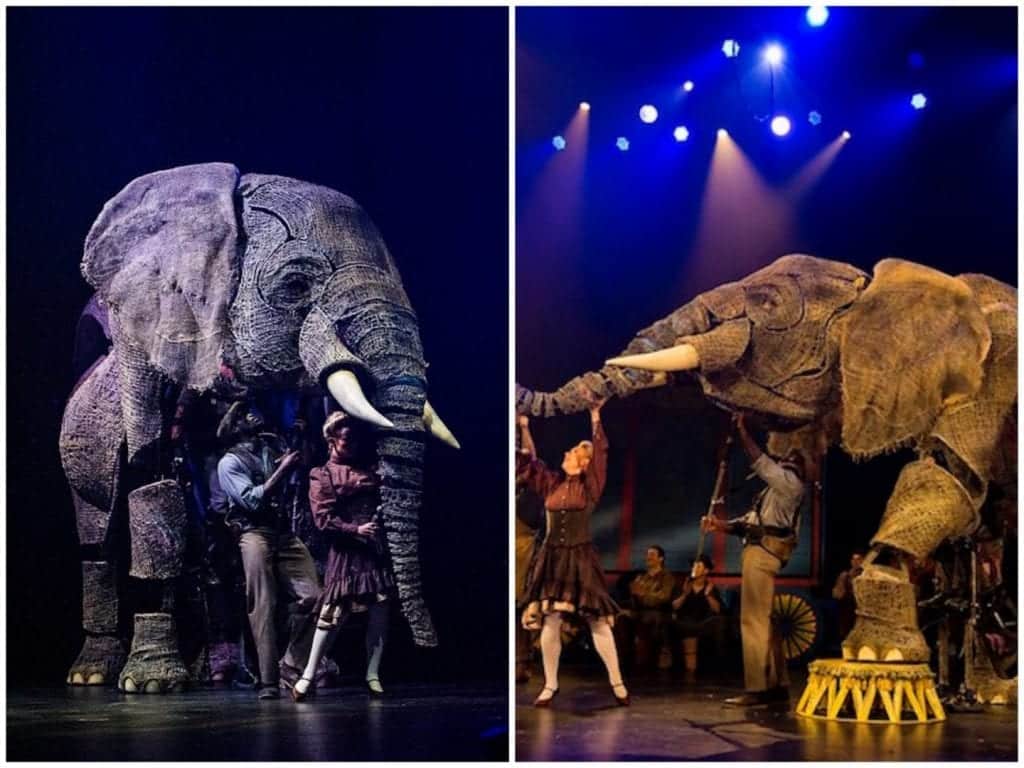 At the turn of the century, elephants were a big part of travelling circuses. They’d often wow audiences by standing on their heads, jumping through hoops, or balancing on pedestals.

But they didn’t do it because they wanted to. Rather, the animals were trained to be afraid of what would happen if they didn’t perform.

Thankfully, this is no longer the case. So when director Neil Dorward decided he wanted to bring the magic of the “Golden Age of circus” to life, he sought out alternative ways of putting these beautiful creatures at the heart of his production. 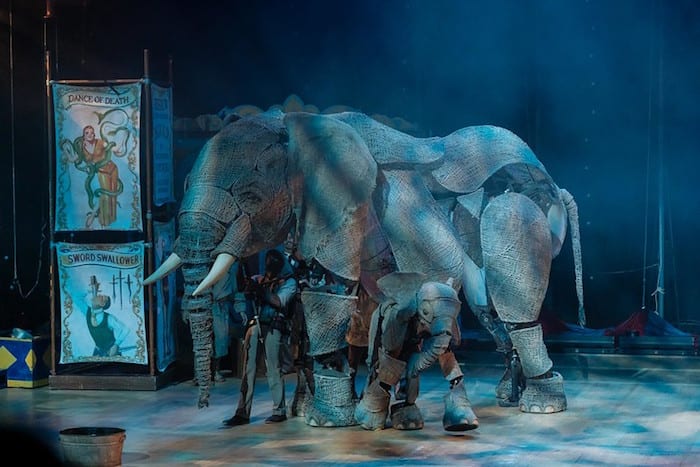 The pair are mesmerising creations. Manoeuvred around the stage by a trio of handlers, mother Queenie dwarfs her lolloping calf Peanut, who only requires a single puppeteer.

What’s more, their inclusion allows audiences a chance to reflect on what big top productions were like in 1903. Minus the animal cruelty, that is.

But the show isn’t all about the elephants. Rather it’s a full-blown circus experience, complete with a ringmaster, aerial artists, a juggler and contortionist. 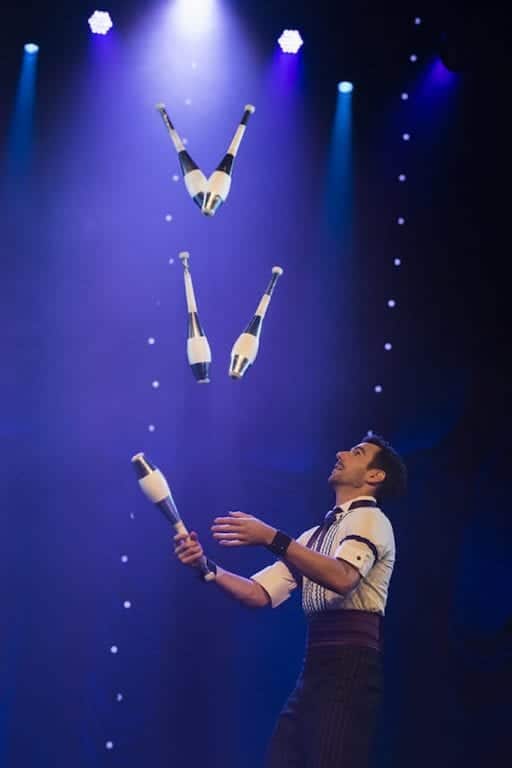 Add in a trio of Brazilian teeterboard daredevils, a daring duo aerial act, a Cuban hand balancer and the furious flexible feats of Russian Rolling Ball Hula Hoopist Mademoiselle Natalia, and it seems we have a potential smash hit on our hands.

Circus 1903 delves into the rich history of the circus, paying attention to the most minute of details to recreate the magic of the original edge-of-your-seat Edwardian experience.

As veteran designer Angel Arron says, they had to “take a black and white past and bring it into the present in believable colour.”

Not just colour, believable colour. Meaning that, after six months of research and hundreds of sketches, each finalised costume was then dyed and aged for added authenticity.

“In the small travelling circuses of the early 1900s, everyone did everything, so we created street clothes, performance costumes and contemporary costumes that reflected various culture groups that commonly performed,” said Angela.

“New, bright fabrics not only don’t match the palette, they don’t look good under bright stage lights, and we have to dull the materials, so we wash them in a strong breakfast tea.”

If that revelation doesn’t take you back to your year seven homework projects, we don’t know what will.

A true celebration of the Edwardian circus tradition, Circus 1903 is packed with jaw-dropping theatrics and mind-bending acrobatics throughout. Promising fun for all the family, it arrives at The Lowry later this month.