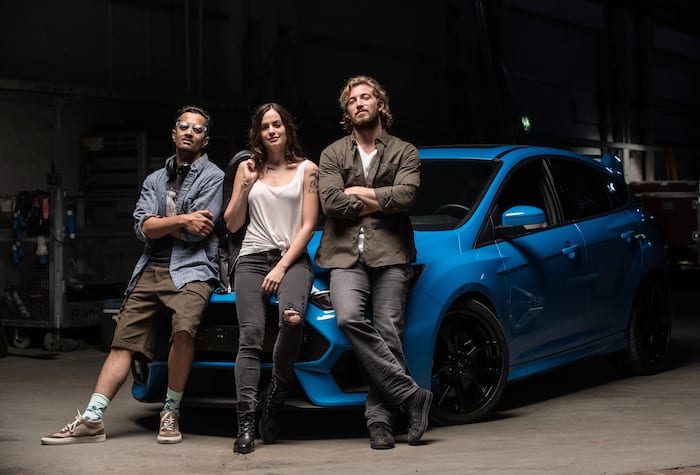 It might just be the coolest job ever, but now everyone has the chance to be a stunt driver for a day.

This summer, Ford are teaming up with intu Trafford Centre to bring their immersive Go Faster event to Manchester. The experience gives you the chance to have a go at playing a stunt driver for a few hours, with a crew capturing all the action on camera.

Starting this Friday 29th June and running until Sunday 8th July, the immersive driving experience drops you into your own Go Faster movie trailer.

You’ll learn classic Hollywood stunts, taught by professional drivers, then once you’ve mastered this your scenes will be added to your own Go Faster trailer.

What’s more, you’ll get the chance to act scenes filmed in micro-studios to give you a true taste of move stardom – even appearing as the lead character on your own film poster.

Professional stunt drivers will be at the event to teach participants how to perform tyre-smoking stunts such as drifting and even the classic ‘J-Turn.’

You’ll play a race driver-turned-getaway driver who’s in the middle of pulling off a daring casino heist, performing a series of heart-pounding manoeuvres in a Focus RS hot hatch as you attempt to shake off a chasing Ford Mustang.

“This is a unique opportunity to not only perform stunts in one of the mostly highly-rated hot hatches, but to also see yourself and your stunt driving skills appear in a proper movie trailer,” said Andrew Merryweather, Ford’s Brand Experience Manager.

“It’s like cinema meets extreme driving lessons, all covered in sleek Hollywood-style production, and it gives participants an unforgettable day out as well as the ultimate brag-worthy content to share with friends.”

Tickets for Ford Go Faster are on sale now priced £69 – £149 per person with a limited number of places available. Those who sign up for the challenge will receive a call-sheet, storyboard and script ahead of time, before turning up to the huge custom designed site to see for themselves what it’s like to be the coolest person on set for a day.