The space-themed show at Z-arts in Hulme, which features world-renowned puppeteers, was designed from the very start to be socially distanced 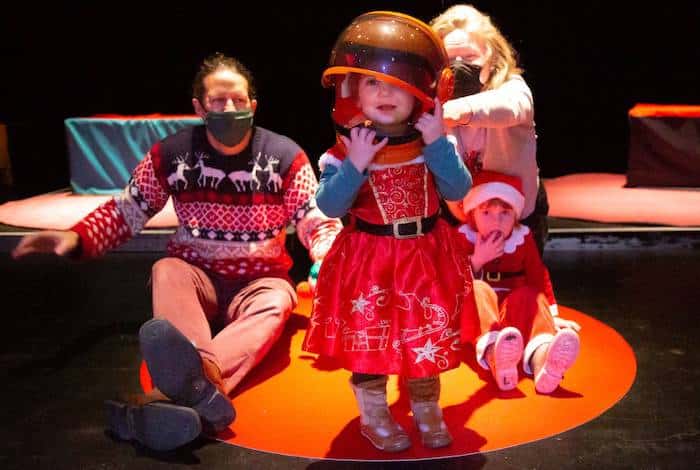 A new Manchester Christmas show for the very young is taking social distancing to intergalactic lengths.

In a pandemic twist on the traditional theatre layout, audiences at early years puppetry theatre production The Gift sit separately in family groups, each on their very own planet.

The space-themed show at Z-arts in Hulme, which features two world-renowned puppeteers (one was in Star Wars) was created during the first lockdown and was designed from the very start to be socially distanced.

It had its premiere at Z-arts on 16th December and runs until the end of the month. 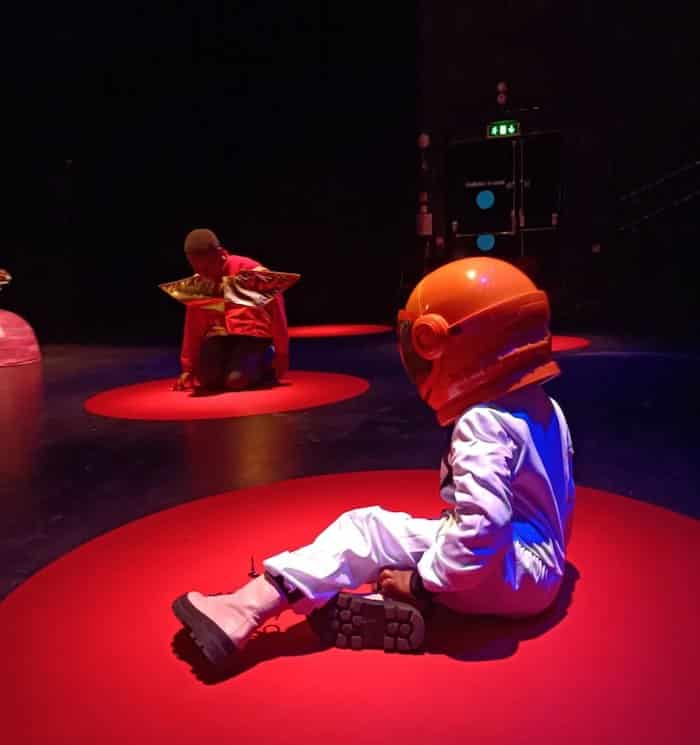 Z-arts hopes that families who might be uncomfortable to sit in rows in traditional theatre seating will feel reassured that they are safe on their own distant celestial sphere out in space.

“The Gift was created especially for young audiences aged 2–4 years old, and was inspired by children’s experiences of lockdown and separation from friends and extended family,” says Beccy Smith, director TouchedTheatre.

“It is a visual treat for families that follows a grumpy astronaut called Nolli as he discovers that Christmas can find you anywhere, even in space.

“The production uses high quality puppetry and gorgeous visual theatre and animation to bring to life an original story of the magic of gift-giving, connection and friendship in space.”

The Gift was originally commissioned by Z-arts for Christmas 2020, and was cancelled when Manchester remained in Tier 3.

It has been created to be fully COVID secure, with the audience invited to bring favourite cushions and pillows from home to nestle into their own specially made planet mats.

The production is the first time Z-arts will be opening its doors in the ‘twixt-mas’ period, with the two-week run until 31st December offering audiences plenty of chances to blast into space and share their festivities at the arts centre, whose festive foyer will have lots of exciting treats and activities for families to explore.

“This is a very special show for the very youngest of audiences,” says Zoe Pickering, head of programming, Z-arts.

“It is lovely out in space, so pull up a planet of your own and enjoy the show.”

The Gift is at Z-arts until 31st December. Book tickets to see both The Gift and The Tiger Who Came to Tea in December and receive 20% off. Tickets are available here.