Authentic Thai in a more than splendid environment... 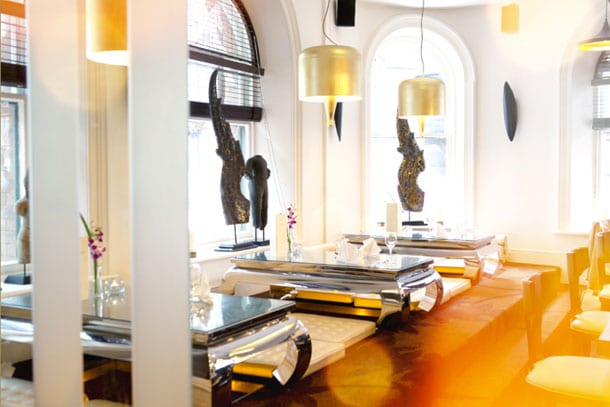 Wow but Chaophraya looks good, a Thai oasis off that funny ginnel off Cross Street, which promises authentic Thai in a more than splendid environment.

The Gay, Ginger and I headed there on what has to have been the hottest day of the year (until the day after which was also the hottest day of the year – I could go on) and welcomed the air-conditioned splendour as well as the Singha beers, or in my case, Yom beer which is exclusive to them. Perfect in this sweltering city we call Manchester but is now a positive tropical paradise.

“…the wonderful sunken mirrored tables in the restaurant bit (getting out from these gracefully should be the final test of finishing schools, nigh on impossible)…”

It’s been on the scene in our fair city since 2006 and has spawned offspring throughout the North, all with the same aim of giving us great Thai food, with menus created by Kim and then dished out by specially trained staff on the ground. 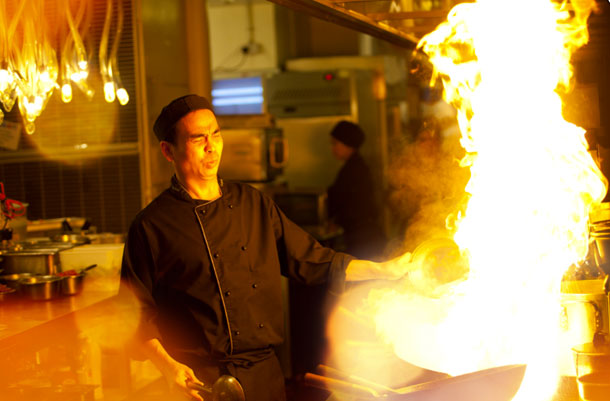 The space has been refurbished recently and looks good enough to eat with a red plush bar and wonderful sunken mirrored tables in the restaurant bit (getting out from these gracefully should be the final test of finishing schools, nigh on impossible), all counterpointed with exquisite artefacts that even when it’s raining could transport you from Manchester to sunnier climes.

It’s also very reasonable and there is a range of deals on offer if you just want to dip your toe in, with a pre-theatre a la carte at £15 from 5-7pm and 241 cocktails also running from 5-7.

Ginger, who will be editing this from his Ibiza balcony, chose the best starter (starters from £6.95) with a delicious Chicken Tom Kha, which was simply the most scrummy soup thing ever, blending coconut, prawn, mushroom and subtle spices to create perfectly heavenly mouthfuls.

The Gay, who had had a bad day, although lost all sympathy as his sentence started with ‘when I was sitting by the pool at work’, wanted to find solace in a platter which we agreed to share with him and was a very reasonable £10.95 per person.

It came with satay and a plethora of other bits, chicken (great), pork (good but not wowey), grilled squid (rubbery I’m afraid), Thai fish cakes (we’ve had better). 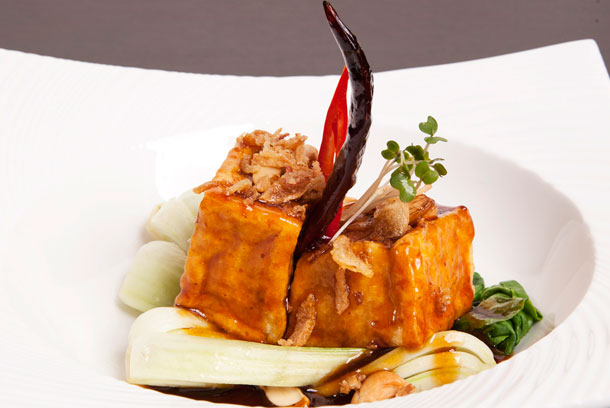 I also ordered the crispy duck salad as this was one of the signatures and this didn’t disappoint. It was wonderfully, crispy tender pieces with a great fiery bite that worked fabulously with the salad.

Onto mains (from £10.95) and we were all frankly quite stuffed but manfully ploughed on, though Ginger did disappear halfway through to grab a lift.

I ordered the sizzling, sirloin, again a signature dish which was called the ‘Weeping Tiger’. This was fantastic, just a great dish and one I would order time and time again.

Ginger had dashed out and left most of his beef in black bean sauce, so we dipped in and out of that. It was also very good but like a younger, not quite as brilliant sibling.

It was all too much and too hot, so the Gay and I asked for doggie bags and went into the night, but that’s another story.

I had forgotten how good Chaophraya is. It really is quite wonderful food and also extremely reasonable, with huge ‘northern’ portions.

The setting is also just lovely and great for romance or business. Do go, you won’t be disappointed.